The Alzheimer ‘s disease (AD) is a disease whose main characteristic degeneration of the brain.

Thus, Alzheimer’s is a progressive dementia, of slow evolution, that begins in adulthood, and in which the first symptoms that appear  are the failures in the memory.

However, memory failures are not the only ones that occur in the EA. Let’s explain how it works:

Therefore, relating Alzheimer’s with memory loss is a mistake, because although it is the main symptom of this disorder, Alzheimer’s involves  many other things. 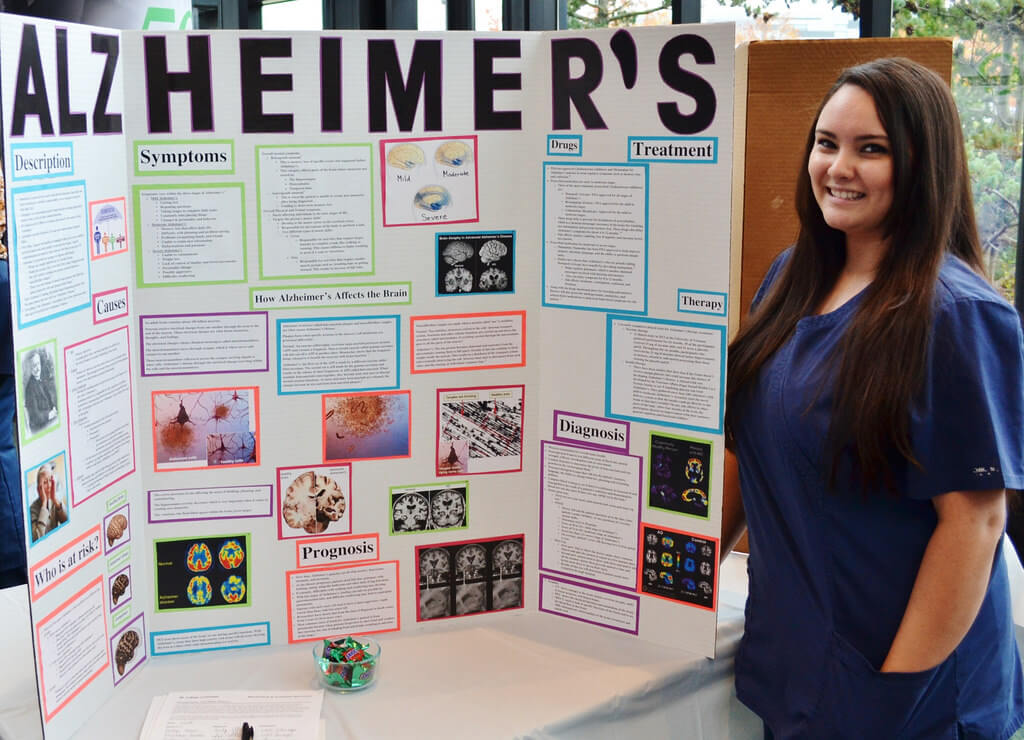 In this way, in my opinion, it would be much more useful for the interpretation of this disease, to understand it as a gradual degeneration of the human brain  (and therefore of the person who suffers it) instead of relating it to memory loss.

In this article you can know the main consequences of Alzheimer’s.

The most prototypical symptoms of AD are those that make up the definition of dementia .

So the symptoms par excellence of this disorder are those that cause the deterioration of cognitive functions, especially memory.

It is the main symptom of AD and the first that appears. The first symptoms are usually the inability to learn things and forget about recent things.

As the disease progresses memory failures are extended, affecting remote memory, forgetting things of the past to get to  forget absolutely everything.

Language is a cognitive function closely linked to memory, since we must remember words in order to be able to speak normally, which is why people  with AD also have difficulties when speaking.

The first symptoms are usually the presence of anomie when you do not remember the name of words while you are speaking, this causes you to lose verbal fluency,  each time you speak in a slower way and you have greater difficulties to express yourself.

They are also very typical problems to be properly oriented, and can be present at the beginning of the disease.

The first type of disorientation that usually appears is the spatial disorientation, a person with Alzheimer’s will have many difficulties to orientate himself  beyond his house or neighborhood, or he will be totally incapable of going alone on the street.

Later, the temporary disorientation usually appears, having enormous difficulties to remember the day, the month, the season or even the year in  which one lives, and the personal disorientation, forgetting who he is, how he is and what defines him.

The executive functions are those brain functions that set in motion, organize and integrate the rest of functions.

This deterioration is, together with the forgetfulness that can be dangerous in many moments, the first symptom that causes the person with  Alzheimer’s disease to lose autonomy and needs others to be able to live normally.

Praxias are the functions that allow us to start our body to perform a specific function.

For example: it allows us to take a scissors and get to cut a leaf with it, to greet our neighbor with his hand when we see him enter or wrinkle his  forehead when we want to express anger.

The gnosias are defined as the alterations in the recognition of the world, either by visual, auditory or tactile.

The first difficulty of this type that usually appears in Alzheimer’s is usually the ability to recognize complex stimuli.

However, as the disease progresses, difficulties often appear to recognize faces of friends or acquaintances, everyday objects, space organization  , etc.

And is that cognitive failures, the fact that the person is losing their abilities that have defined their whole life, often involves the appearance of  a series of psychological and behavioral symptoms.

The psychological symptoms may be delusional ideas (especially the idea that someone steals things, caused by the inability to remember where objects are  left), hallucinations, errors of identification, apathy and anxiety.

As far as behavioral symptoms are concerned, wandering, agitation, sexual disinhibition, negativism (absolute refusal to  do things), bursts of anger and aggression may appear.

Why does the brain degenerate in Azheimer?

When asked why Alzheimer’s develops in a person’s brain, today there is still no response.

As in all degenerative diseases, it is not known why a part of the body begins to degenerate at a certain moment.

However, it does know something about what happens in the brain of a person with AD and what are the changes that cause the neurons of that brain to  begin to die.

The scientist Braak showed that the disease begins in the entorhinal cortex, extends through the hippocampus (main memory structures of the human brain) and
later, as if it were an oil stain, the other regions of the brain are affected.

But what happens in those regions of the brain?

Until what is known today, degeneration would be caused by the appearance of neuritic plaques in neurons.

These plaques are created by a protein called b-amyloid, so an overproduction of this protein in neurons could be the initial pathological element  of Alzheimer’s disease.

At present, globally, it is recognized that AD is a multifactorial, heterogeneous and irreversible disease, which requires a  combination of genetic and environmental factors for its development.

The basic substrate can be an accelerated neuronal aging not counteracted by the compensatory mechanisms that our brain contains.

In this way, the genetic factors would only predispose the person to suffer AD and other factors would trigger the disease. These are  the following:

How many people have Alzheimer’s?

AD occurs in older people, usually from 65 years of age. Thus, the incidence of this disease in the general population is low, approximately 2%.

The impact of Alzheimer’s in the family

AD and dementias in general represent a remarkable change in family dynamics. It’s about learning to live with … while continuing  with family, personal and social life.

And is that the person who suffers from this disease will gradually cease to be herself, lose the ability to self-sustain and need intensive care  .

The first step that the family must take is to identify the main caregiver of the patient, that is, the person who will be in charge of performing all those  functions that the patient loses.

Stress in the family and especially in the primary caregiver will be very high due to the emotional shock that involves taking a situation like this, and the  work and economic overload that will mean having an Alzheimer’s patient in the family.

So it is very important to have a good family organization, so that the main caregiver can get support from others when necessary.

In the same way, it is important to be well informed about the existing social and therapeutic resources (day centers, residences, support groups for  families, etc.) and to use them in the best possible way.

How is Alzheimer’s treated?

If your first question when you get to this section is if there is any treatment to cure this disease, the answer is clear: no, there is no  therapy capable of curing Alzheimer’s.

However, there are certain treatments that can help to slow down the evolution of the disease, making deficits take longer to  appear, and providing a better quality of life to the patient.

Until now, the only drugs that have demonstrated a significant, although not intense, efficacy on the cognitive and functional alterations of Alzheimer’s are acetylcholinesterase inhibitors (ACEIs) such as Donepezil,  Rivastigmine and Galantamine.

These drugs have shown effectiveness in the treatment of AD symptoms, but in no case do they manage to eliminate it or increase the cognitive abilities  of the patient.

Cognitive treatment is widely recommended for AD. In fact, if you have dementia you are practically obligated to do some kind of  cognitive work to mitigate your deficits.