The apathy symptoms can be defined as a neuro-behavioral syndrome characterized by a lack of will or interest in daily activities and entertainment, and a loss of  motivation, which is also reflected in the decline in emotional response (emotions and feelings).

Apathy refers to cognitive and affective aspects as well as to certain behaviors, aspects that together cause a significant  reduction of self-generated behaviors with a certain purpose.

In other words and for you to understand it well, the apathetic person has little initiative of his own to carry out activities and also shows a decrease in his feelings and emotions.

Apathy can be considered as a syndrome with its own clinical criteria, but it usually means that there are other diseases present in the patient.

What you will read below are the criteria that must be taken into account for the diagnosis of apathy:

If these symptoms are not due to an intellectual or cognitive deficit, to some type of emotional disturbance or to a decrease in the level of consciousness,  then it is probably a case of apathy. 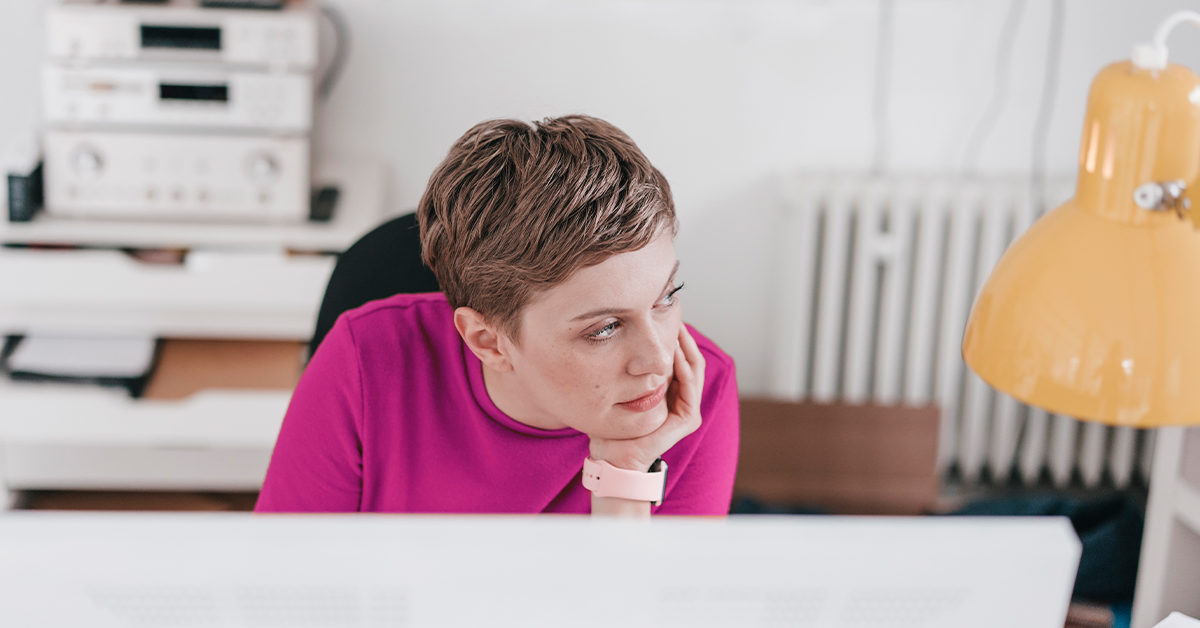 Diseases that can cause apathy

Apathy appears frequently associated with other diseases or as a consequence of certain situations, among which the following should be highlighted:

If you are having a lack of motivation and initiative in your life but you do not have any disease, maybe your condition can not be categorized strictly  as “apathy”.

Anyway, you can take steps to remove this lack of interest that is negatively influencing your life.

But , what is what may be causing your apathy? Here are some possibilities:

How to overcome apathy in these cases?

If you think that stress is one of the causes of your apathy, then breathing and relaxation techniques , such as yoga and meditation, can help you. And of course, try to avoid the cause of your stress.

As for the lack of sleep, what you have to do is sleep more and better. Always lie at the same time. Your room should be quiet, dark  and cool, so you can rest better. Before going to bed, leave the PC, turn off the TV and perform relaxing activities, such as reading or listening to quiet music  .

Avoid the consumption of alcohol or other drugs. If you think a medication is the cause of your apathy, consult your doctor.

There are also other things you can do to increase your motivation, especially if your apathy is an occasional situation or is related to a  particular aspect of your life.

Look at what you can do about it:

Apathy due to tyrosine deficiency

Another frequent cause of lack of energy and motivation is the deficiency of an amino acid called tyrosine, which is a precursor of dopamine and  noradrenaline, neurotransmitters that keep the brain active, focused and alert.

If it’s hard for you to start the day without a cup of black coffee or some other stimulating drink, if you feel weak, weak or just excited about things, you  may have to pay more attention to your tyrosine intake.

As mentioned at the beginning, tyrosine is the precursor of catecholamines, chemicals that have various effects on the brain.

Did you know that more outgoing people have higher levels of catecholamines, while quieter, more introverted people have lower levels  ?

If your levels are too low, you probably feel indifferent and do not react very intensely to positive or negative events,  which is one of the symptoms of apathy.

It is also possible that you have problems paying attention and low level of concentration.

How to increase your tyrosine level in a healthy and natural way?

Make sure you include a large proportion of protein-rich foods, such as chicken or fish, lean red meats and eggs, in your diet  .

The tyrosine present in these foods has an anti-stress, antidepressant and revitalizing effect and therefore, helps to combat and prevent apathy.

Another option is to take L-tyrosine rich nutritional supplements.

Real apathy, the real one, is only possible to diagnose after a deep neuro-psychological evaluation that contemplates environmental aspects and  physical conditions of the patient.

In addition, it is also true that there is a great variability in the objectives, activities, interests and emotional expressiveness in each person, aspects that  are strongly influenced by cultural factors, individual experiences, education, socioeconomic level, etc.

All these factors must be taken into account to make a diagnosis of apathy.

Today there are several guides with criteria for the diagnosis of apathy, such as the Apathy Evaluation Scale for example. Of course, the doctor  must also evaluate the presence of other diseases, such as depression, schizophrenia or Alzheimer’s, to properly guide the treatment.

Differences between apathy and depression

It is important to differentiate depression from apathy, because they are really different conditions that must receive differentiated approaches and treatments.

The apathy , the loss of initiative and interest appear in both diseases, and sometimes, a person can have depression and apathy.

How to differentiate both diseases then?

In depression, the person is almost always sad, has feelings of guilt and despair, is very self-critical and pessimistic.

In contrast, apathy is characterized by a loss in emotional response and therefore, the person will not have feelings of guilt or sadness.

Apathy in people with Alzheimer’s disease

The apathy syndrome is quite frequent in people with a certain degree of cognitive deterioration, such as that which occurs in Alzheimer’s disease (AD).

The cognitive deficit itself is not enough to generate apathy, as many people with senile dementia do not actually have this syndrome. But what is certain is that apathy is more frequent in this type of patients.

In a study conducted in 2007, the incidence of apathy was evaluated in 319 people with AD, in 117 people with depression and in 36 healthy individuals.

According to the data obtained by applying the Apathy Scale , apathy was present in 37% of people with AD, in 32% of people with depression and  in none of the healthy people.

People with AD who also had apathy showed more severe alterations in the performance of their daily activities and their cognitive functions  .

In parallel, patients with depression and apathy were those who presented a more severe depressive picture.

But returning to patients with AD, when apathy occurs in these people is an indicator of how serious the disease will be in the future.

People who have AD and apathy have greater behavioral problems and more rapid cognitive and functional impairment.

Although apathy is a fairly common problem in people with dementia, there is not much to be done about it. Some people think that  acetylcholinesterase inhibitor medications can be helpful in these cases.

Some of the medications tested for this type of situation are metrifonate, rivastigmine, galantamine and tacrine.

Other options to improve apathy in these patients are:

In summary, the treatments of apathy in patients with AD have not been thoroughly studied, but in any case the options mentioned above can be resorted to  .

The apathetic syndrome occurs very frequently also in patients with Parkinson’s disease(PD), with a prevalence of 16 to 48%.

There are several types of apathy that affect the patient with PD differently: cognitive apathy, emotional apathy and apathy due to autoactivation deficit  .

In all cases, it is important to clearly differentiate the patient with PD who also has apathy or depression from the one who does not have it, because this directly affects  the quality of life of the patient.

If the patient with PD has apathy as well, he is likely to lose interest in his physical exercises and other treatments and in this way, his symptoms  could progress more rapidly.

If you have a family member with PD, it is important that you notice the following symptoms of apathy:

Then you probably have apathy. Acetylcholinesterase inhibitor medications may also be useful in these cases, in conjunction with cognitive behavioral therapy.

It is also important to keep in mind that patients with dementia or PD who also have apathy can cause great exhaustion and stress in the  people who must take care of them, causing the famous caregiver syndrome.

In summary, there is a big difference between what people commonly call apathy and true apathy, which usually occurs in patients with other  metal diseases.

But in both cases there are solutions that can improve the quality of life of people with these symptoms.