The Asthenia is a symptom of an underlying disease, but exists also as a condition itself. There are several types depending on your cause, but practically all cases can be remedied if proper treatment is given.

In general terms, domestic chores, attention to children, and work-related concerns appear to be the main causes of asthenia. Almost half of the respondents speak of physical and mental fatigue, with women being the most affected. 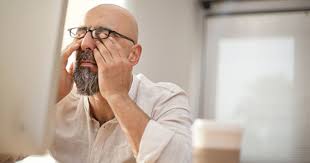 If you feel identified with the symptoms mentioned, it is highly likely that you have asthenia.

But what is causing this feeling of tiredness in your body? There are many possible causes, which can be classified into functional or organic.

It is the feeling of tiredness caused by other basic diseases. In general it appears on the end of the day and has no variations in time, fatigue is always present there.

Among the possible causes, which are many, are the following:

It may be due to overwork, intense intellectual activity, insufficient rest, few hours of sleep, unhealthy habits (smoking, alcoholism, use of stimulants, etc.), jet lag, exam preparation, competitive sports or any situation that causes intense and persistent stress.

In these cases, the recommended treatment in general is the decrease of work and increase of the hours of rest, the elimination of the harmful stimuli, dedramatization of the situations and to lead a healthy lifestyle .

Asthenia may also have its origin in mental illnesses such as depression . If this is your case, then treatment with antidepressants or other psychotropic drugs can help eliminate asthenia. Psychological therapy is also a good option to combat the feeling of fatigue.

In general, asthenia of functional origin appears in the early hours of the day and is variable in time. It means that maybe a few days you feel good, and then other days you feel exhausted again and so the cycle continues.

On the other hand, in some cases it appears in front of a seasonal climatic. In these cases is not relevant, since fatigue is mild and lasts a short time.

How is asthenia diagnosed?

Basically, the diagnosis is clinical. The doctor will surely ask you many questions about your symptoms and if you think you have asthenia, the next step is to rule out an organic cause, doing some blood and urine tests.

If there are no organic causes, then surely functional asthenia. The doctor will try to find out, based on the data you give him, what is the cause of your tiredness, to guide the treatment correctly.

Did you know that today 65% ​​of people say they have suffered physical or mental fatigue at some point in the last two years?

Many of these people first consult their general practitioner. Asthenia is the cause of 10% to 20% of all consultations in general practice polyclinics.

In more than half of the cases, these are young and active people who are diagnosed with functional asthenia.

According to data from a survey conducted in Spain, 73% of people have had stress asthenia, work hard and sleep little.

These people reported feeling a lack of vitality and energy, and these symptoms undoubtedly directly influence their work, family and social life, according to the results of research carried out by the Spanish Society of Primary Care Physicians , who recently surveyed to 4422 people.

So if you feel tired and overwhelmed by concerns of everyday life most of the time, you are not alone, this happens to many women like you.

This is a special case of asthenia, which usually appears towards the end of winter or the beginning of spring.

The symptoms are usually mild and transient, however, it should be noted that this is not a psychiatric disorder. It is simply a feeling of tiredness that could be explained by the variation of hormones and neurotransmitters in the change of season.

When the seasonal change occurs, the temperature and hours of sunlight increase. This causes changes in the functioning of the hypothalamus , a nerve center in the brain , responsible for controlling sleep, wakefulness, appetite, thirst and body temperature, among other things.

Changes in the functioning of the hypothalamus would be responsible for the spring asthenia. But why does it affect some people and not others?

Well, this may simply be due to a factor unique to each individual, a factor that has not yet been identified. Some people may be more sensitive or more likely to notice these changes with climatic variations.

It could be a situation @nalogous to allergies: in the spring many people suffer from asthma or rhinitis because of the pollen in the air, while others do not affect them in the least.

How to avoid spring asthenia

Leading a healthy lifestyle and having a balanced diet are factors that can help you feel better and keep your body and mind energetic.

Here are some basic tips to prevent spring asthenia:

In certain cases, a nutritional supplement of vitamins and minerals may be necessary to combat asthenia, but these should always be prescribed by the physician.

However, keep in mind that an excess in vitamin intake can have very negative consequences.

Chronic asthenia can be defined as the feeling of tiredness that is permanent, has more than six months of evolution and causes a greater reduction to 50% in work performance. It is a frequent reason for medical consultation.

Although in many cases it is possible to find an organic or psychological cause for chronic asthenia, in a high percentage of patients it is not possible to identify a specific cause.

The most common symptoms of chronic asthenia are:

They look like flu symptoms, only they are long lasting and not relieved by bed rest.

When it is not possible to determine the cause, doctors believe that the symptoms could be due to alterations in the immune system or the function of muscle cells, but in reality are theories that have not yet been proven.

Most cases of chronic asthenia appear in previously healthy individuals, between 20 and 50 years of age, affecting women more than men.

Chronic asthenia has an irregular evolution. What does this mean?

That in about half of the patients the symptoms disappear after a few months of treatment, while others suffer relapses. In these cases, the symptoms come and go, worsening when you experience situations of physical or psychological stress.

Sometimes the feeling of tiredness and weakness is so great that it interferes significantly with everyday activities, and this can cause restlessness, anxiety and depression.

Imagine that for months you feel terribly tired, your muscles and head ache, and after a more relieved time, the symptoms reappear. Anyone would feel depressed about being in that situation.

Certain diseases can cause chronic asthenia and have to be discarded before making a definitive diagnosis.

Diseases such as hypothyroidism, diabetes , anemia and some psychiatric disorders are some examples of diseases that need to be investigated in the patient when he has chronic asthenia.

People with fibromyalgia, for example, like patients with chronic asthenia, may experience muscle aches, severe fatigue and sleep disturbances. The presence of pain before a moderate stimulus is the symptom that helps to distinguish between fibromyalgia and severe asthenia, since it is present in the first mentioned disease and not in the last one, although both conditions can coexist.

On the other hand, fatigue and muscle pain frequently appear in the early stages of various hereditary muscle disorders and also in various metabolic, autoimmune and endocrine conditions.

But in some cases what happens is that the studies that the doctor orders to perform these diagnoses do not present abnormalities, and then you start thinking about fibromyalgia or chronic fatigue syndrome.

A review in 2006 showed that there was not enough research done to establish a clear distinction between undifferentiated somatomorphic disorder and chronic fatigue syndrome.

As you can see, the diagnosis of Chronic Fatigue Syndrome is not simple and can be very confusing, so if you have these symptoms and your @nalysis does not reveal anything abnormal, then arm yourself with patience, because even doctors are not clear what can be your diagnosis or what treatment can have good effect on you.

The treatment of this syndrome can be quite frustrating for both the patient and the doctor. It is essential that among them there is a good relationship, solid communication and empathy .

As there may be multiple causes for this type of asthenia, and some are not even clear, it is generally difficult to follow a treatment that is fully effective.

There is also no specific drug for this condition.

Many times, what works best to relieve the symptoms of chronic asthenia is graduate physical exercise and cognitive therapy .

Cognitive behavioral therapy has been shown to be moderately effective in controlling symptoms of chronic asthenia. In this treatment the patient is taught to better manage his activities, stress and symptoms that he presents, to function better in the day to day, in spite of everything.

When this treatment is combined with the graduate physical exercise, better results could be obtained.

If you have chronic asthenia, it is important for you to know that your illness is legitimate, it is not an invention of your psyche and if you want to improve, you will probably have to follow different treatments in the long term.

In addition to physical exercise and psychological therapy, some patients have reacted favorably to the administration of antidepressant medications .