The ataxofobia is excessive and irrational fear of disorder. That is, it is the phobia of disordered and / or dislodged elements.

People who suffer from this disorder experience elevated feelings of anxiety when things are not organized to their liking. For this reason, it is very common for them not to let others approach their personal affairs.

Likewise, subjects with ataxophobia have the firm belief that only they can organize. That is to say, when something is disordered, it must be the person who organizes it.

It should also be noted that the fear of disorder of this alteration can affect both physical elements (a disordered room) and functional elements (the performance of an activity, specification of the personal agenda, etc.)

Ataxophobia can greatly limit a person’s day-to-day life. This can participate only in activities that are properly organized, and can present a huge need for permanent order. 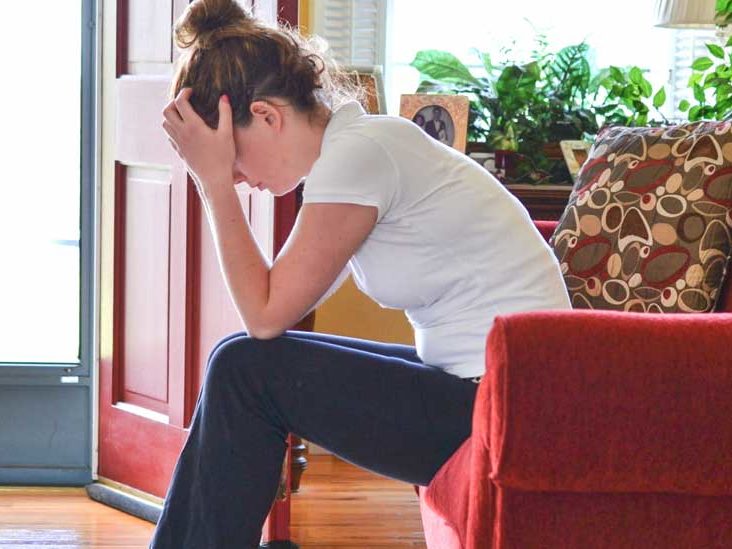 In the present study we will @nalyze the characteristics of ataxophobia. We will explain its symptoms, its causes and the treatments that are useful to overcome the fear of disorder.

Ataxophobia is part of the famous group of disorders known as specific phobias. These alterations are characterized by fear of an irrational element or a specific situation.

In the case of ataxophobia, the dreaded situation is disorder. So this disorder can be understood as “disorder phobia”.

Specific phobias make up a type of anxiety disorder. This fact is due to the response made by people who suffer when exposed to their feared elements.

In this way, an individual with ataxophobia will experience an extreme intensity anxiety response whenever he is exposed to a disorder situation. Being the anxiety that you experience in those situations much higher than you can experience at any other time.

Ataxophobia is considered a persevering disorder. In this way, fear of disorder does not disappear if it is not properly intervened.

Ataxophobia or obsession with order?

Ataxophobia is not the same as the obsession with order, but both elements can concur in the same person.

The obsession with order does not imply that one also has a fear of disorder. In this way, both alterations are distinguished by the phobic component.

Irrational and excessive fear of disorder is a specific element of ataxophobia. The presence of phobic fear defines the existence of ataxophobia, and its absence reveals the absence of the disorder.

However, very often there is a clear obsession with order in subjects with ataxophobia. Thus, both concepts can coexist in the same person, but they are not synonymous.

As with all types of phobias, the fear of disorder that is experienced in ataxophobia presents a series of characteristics.

In fact, the emotion of fear is a very common response among humans, and the feared elements can be multiple, including clutter.

So, not all fear of disorder implies the presence of ataxophobia. In order to establish the presence of this disorder, the fear experienced must present the following requirements.

The fear of disorder must be disproportionate to the demands of the situation.

In itself, the disorder does not entail any danger to people, so the fear of this type of situations is usually identified quickly as phobic.

However, the fear experienced must be exaggeratedly intense and highly disproportionate. A neutral element must be interpreted as highly fearsome and provoke a high anxiety response .

The fear of disorder must also be irrational, that is, it can not be explained by reason.

The individual is aware that his fear is not supported by any evidence that justifies his presence, and he is totally incapable of reasoning why he experiences it.

The subject with ataxophobia knows that his fear of disorder is irrational. It is highly unpleasant to have this kind of fear and I would probably prefer not to experience it.

However, he is not able to manage the phobia since his fear of disorder is beyond his voluntary control.

Non-phobic fears fulfill a clear adaptive function, that is, they allow the individual to adapt better to the environment.

For a fear to be adaptive it is necessary that it responds to a real threat. For this reason, the fear of ataxophobia is not considered as adaptive.

In fact, the phobic fear of disorder is maladaptive since not only does it not allow the subject to adapt better to their environment, but it also makes it difficult for them to adapt. Ataxophobia can limit the functionality of the person and have negative consequences.

When a person with ataxophobia is exposed to situations of disorder experience high feelings of anxiety and discomfort, due to the intensity of the fear he suffers.

This fact motivates the avoidance of feared situations, since it is the way that the subject with ataxophobia has to avoid the discomfort that they provoke.

In this way, the person can avoid exposing himself completely to situations in which disordered elements are present.

Likewise, ataxophobia can also cause multiple organizational behaviors, since in this way the subject also manages to eliminate the disordered elements and, therefore, their phobic stimuli.

The fear of ataxophobia is continuous and persevering. This means that it appears in any situation in which the individual interprets the presence of disorder.

There are no situations with disorder in which the phobic fear does not appear, since this always appears invariably.

In addition, the fear of the disorder of ataxophobia is not limited to a specific stage or stage. When the disorder develops, it perseveres over time and does not disappear.

In this way, the need for treatment exhibiting ataxophobia is revealed. If not properly intervened, the alteration is not resolved and the phobic fear of the disorder remains.

Ataxophobia produces a clear anxious symptomatology, which appears whenever the subject is exposed to its feared elements, that is, to the disorder.

The manifestations of anxiety of ataxophobia may vary slightly in each case.

However, all the symptoms that ataxophobia can cause are included within the typical signs of anxiety. Likewise, in all cases, the physical component as well as the mental and behavioral components are affected.

Ataxophobia produces an increase in the activation of the autonomic nervous system. This increase in activity is caused by fear and the alarm signal that comes on when the subject is exposed to disorder.

The physical symptoms caused by ataxophobia may vary slightly in each case. However, some of the following manifestations always appear.

Cognitive symptoms refer to all the thoughts that an individual with ataxophobia experiences when exposed to disordered situations.

The thoughts can be very variable but they always contain negative aspects, both about the threat of the situation and about the personal abilities to face it.

Thoughts about the disastrous consequences that disorder will cause, the imperious need to order or the requirement to remain in an organized space, are some examples of the cognitions that a person with ataxophobia can elaborate.

These thoughts increase the state of anxiety and feedback with physical sensations to increase fear and nervousness about the disorder.

The anxiety caused by exposure to the feared element causes an immediate alteration of the behavior of the subject.

Behavior will no longer be guided by reason and will begin to function through the demands dictated by the emotions of fear and anxiety.

Among the most common behaviors that ataxophobia can cause are:

The elements that give rise to specific phobias are currently under investigation.

What does seem clear is that there is no single cause that motivates the development of a specific phobia. At present, there is a high consensus in affirming that multiple factors participate and feed back into the formation of phobias.

In the case of ataxophobia, the factors that seem to play a more important role in the etiology of the disorder are:

Having been exposed as a child to educational styles and paternal referents in which great value is placed on order and organization can be a relevant factor.

The rejection of disorganization and the clear preference for order seem to be elements that develop during the first years of life. For this reason, the conditioning of fear towards disorder can acquire a special importance during the first stages of life.

In the same way that happens with classical conditioning, visualizing behaviors of high obsession with order, can also participate in the development of ataxophobia.

Likewise, receiving information permanently about the negative aspects that the disorder presents could also influence.

Unrealistic beliefs about the damage that could be received if exposed to the feared stimulus, attentional biases towards phobia-related threats, low perceptions of self-efficacy or exaggerated perceptions of danger, are elements that can participate in the development of phobias.

In a concrete way, it is considered that these factors related to thought would be especially relevant in the maintenance of ataxophobia, and not so much in the genesis of the disorder.

Ataxophobia can cause a significant change in the subject’s behavior. It can deprive you of the performance of multiple activities, limit the spaces in which you are comfortable and demand constant conduct of order behavior.

These elements can greatly reduce the quality of life of the subject, as well as produce high feelings of discomfort when exposed to feared stimuli.

For this reason, it is very important to treat the disorder, in order to overcome the fears and resolve ataxophobia.

The treatment of first choice for this type of alterations is psychological therapy, which is much more effective than psychotropic drugs.

Specifically, the cognitive-behavioral treatment has very high efficacy indices and is the best solution for the disorder.

This type of psychotherapy focuses on exposing the subject to its feared elements. The exhibition is carried out in a gradual and controlled way, and the objective is to get the individual to remain in situations of disorder without escaping from it.

Through gradual exposure, the person will gradually get used to their feared elements, and will lose the fear of disorder.

Also Read: Why Does Anxiety Occur?

On the other hand, relaxation techniques are usually applied to reduce anxiety and facilitate exposure to the disorder. Cognitive techniques also allow to eliminate distorted thoughts about disorder.