We have all had or know someone who in his childhood had a non-existent companion, and surely at present we have a son, nephew, student or close child with an imaginary friend.

Then it is easy to ask:  Is it a bad sign that my son has an imaginary friend?

It is normal that, if your child or someone close to you has an imaginary friend, ask yourself how positive or not it is.

Well, this matter should not be the subject of your concern. This phenomenon is very common in children between 3 and 7 years of age, although it can also occur (although in a different way) among young adolescents.

Imaginary companions usually have specific characteristics: In general terms, they are often of the same age and height as their creators, although sometimes they have a smaller size for the convenience of “putting it in a pocket” and being able to take it anywhere let them go

Inge Seiffge-Krenke, evolutionary psychologist in the Psychological Institute of the University of Mainz , in a study on this same thing, verified thanks to the personal diaries of the young people that the imaginary friends usually have a name, they have a concrete physical aspect and these features the change its creator at will. In fact, many of the imaginary friends were changing to the pleasure of the real child. 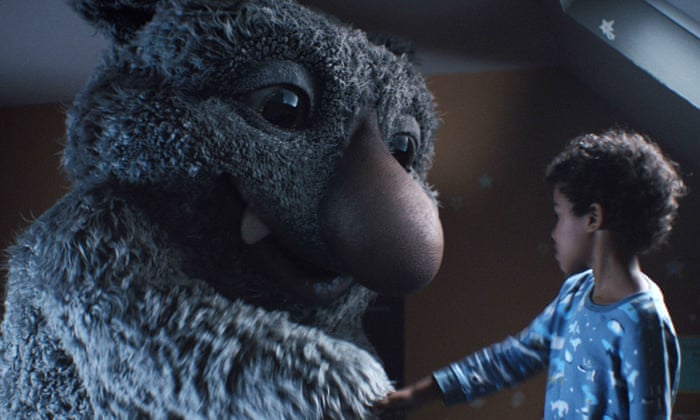 They usually have very positive attributes: They are affectionate, kind, cheerful and handsome. Many times they present characteristics similar to those of their creators, or adopt behaviors that positively direct their behavior. In short, it seems that they adapt to the needs that children present at a specific moment.

Contrary to what might seem, it is more common for imaginary friends to be anthropomorphic, that is, to have a human aspect, although some children prefer to create that special friend with a picture of a stuffed animal, doll, fantastic animal or with very picturesque attributes. .

An example of this last is Bing Bong , the imaginary friend of Riley Andersen, the girl protagonist of the movie Del Revers.

In addition, the scientific works related to the non-existent companions of children and young people point in the same direction: There is no need to worry. In fact, their function in psychic health is positive, since they enhance the cognitive development of children.

What is the function of the imaginary friend?

Imaginary companions of children come into the world with a reason that the child is not always aware of. These peculiar characters can appear for several reasons.

Following this, children from small family units are more likely to create imaginary friends, since the game situations they face are usually solitary, and they are a more conducive environment for an invisible playmate.

They are also used to overcome events that bring some stress, even if they do not involve such a drastic change, as a discussion with a real friend.

If someone stole the candy or broke a dish, it’s probably that friend of your son that you do not see. In fact, some children decide to punish their friends for behaving badly. It seems that, somehow, imaginary friends help children understand the rules, however, not to follow them.

Younger children still need an adult to tell them what is good and what is not. So sometimes, the imaginary friend emerges to fulfill this function, as a moral counselor.

But if your child has not experienced any event that you consider significant in these terms, do not worry, because there is also an explanation.

For Piaget, the creation of the imaginary friend is not necessarily linked to a feeling of loneliness or stressful situations (or that the child lives them as such). He studied it with his own daughter Jacqueline, 3 years old, who did not experience any success of the style at the time of creating his new friend.

This psychologist related the new creation of his daughter as a special form of symbolic play, since his daughter was in the preoperative stage of cognitive development , which we explain what is next .

People throughout life go through different evolutionary periods that determine the evolutionary milestones that we are adding to our abilities and cognitive abilities.

Intelligence is basically practical, and is related to the resolution of problems at the action level. The baby seeks to relate to the world through the senses.

The preoperational stage is characterized much more by children’s patterns of play and lack of logical thinking. In these years, children have a very egocentric thinking and are not able to mentally integrate another person’s point of view because it is precisely different from theirs.

The most important thing about this stage is that children are involved in numerous games that seek the simulation of real situations. For this reason, this type of game is what we call symbolic game.

Examples of the symbolic game is the classic broom used as a horse, use a cardboard box as a car, etc. Following this Piagetian theory, children with imaginary friends act as if they were playing a role in a play. They are using the symbolic game with them.

In addition, thanks to the development of language, preoperational intelligence becomes a private experience to become socialized and shared. That is why it is common for some children to involve their invisible playmate at the dinner table with their parents, or to blame them for their mischief.

The formal logic and the capacity to transcend reality appear, managing and verifying hypotheses in a comprehensive and systematic way. A thought is acquired close to that of adults.

This does not mean that there are no teenagers with imaginary friends, although they are rare. Normally the imaginary friend of the adolescent has a function more of relief, of confidant. They are usually described in personal diaries (much more common in girls than boys).

Creativity and communication in children with imaginary friends

Contrary to what might seem, the fact that the youngest and youngest have imaginary friends is not synonymous with difficulties in communicating feelings and emotions.

In general, children with imaginary friends have greater communication skills, and have more facilities when arguing in order to convince their interlocutor. In the case of adolescents, they are usually young people who are characterized by their social skills and by having greater empathy than their peers with the same age without imaginary colleague.

In fact, we could say that it is also a sign of mental health: Children play less the worse their physical and mental health. Abuse, abuse and abandonment completely eliminate the pleasure of playing. The traumatic experiences silence the creativity of children.

When should I worry?

Just as we said that the imaginary friend is good for your child, it helps with overcoming certain situations and contributes to their cognitive development, not always imaginary friends are such.

Children, however small they may be and however much they interact with their invisible friend, know that it is not real. They integrate it into their daily life, but they know that if it were not for them, they would not be there with him.

In addition, it supposes a support or a confidant. Someone to play with, talk to, interact with. It’s like your son wants, he appears when he wants and does what he wants him to do. It is there for and for your son, to help him in some way. It is your son who decides even how long his friendship will last.

You should worry if your child is not able to distinguish that it is not real, or if it does not mean someone positive for him because he is annoying or force him to do things that he does not want to do or that are unpleasant to him.

At the moment this happens, it is possible that it is a pathological hallucination and not an imaginary friend. That is why it is important that when the new partner appears, be aware of the relationship your child has with him.

In case you suspect that your relationship is not positive, that you do not distinguish your friend from reality or that you are forced to do things you do not want, you need to ask a specialist in case your suspicions finally have a pathological foundation. He will guide you and explain what you should do.

You can also read the following article on childhood schizophrenia to learn more.

Some advice for parents

Since the presence of a new imaginary guest at home is not negative, you should not worry.

What you can do is keep up with your son, because it is as we have commented before in an evolutionary period that is mainly characterized by symbolic play. Also, remember that it favors your cognitive development and your creativity.

Do not fight your son for playing with his imaginary friend . After all, he is a friend to him. You may want to play with him at not-so-opportune times, such as lunch time.

At that time, what you should do is act naturally . Invite him to sit down at the table and eat with you. Since he is another guest, he must adapt to the rules of the house. You can explain it to your child at that moment with peace of mind.

Do not reject your new friend . If it is there, it has a specific function, it is not chance. He is there because he is an imaginary person very important to him, and rejection on your part can hurt him and be counterproductive.

Respect the rhythm of your child. If you are a teenager, you are likely to worry about being too old to have a friend who does not exist. However, you must respect that you use it for yourself, as it happens with the little ones, it is there for a function.

Also Read: What is The Value of Tolerance? 10 Tips to Educate Her

Finally, you should bear in mind that your child may not remember the existence of his imaginary friend once he has left. This peculiar playmate appears overnight to fulfill a function that starts from a need, and goes in the same way when that function or need has already been covered.