The dementia with Lewy bodies is very similar to Alzheimer’s dementia, but with specific characteristics that degenerative disease  become a very particular dementia syndrome.

In fact, until a few years ago, it did not “exist”. That is, this type of disorder had not been discovered and the people who  suffered it were diagnosed with Alzheimer’s disease (AD).

However, in the year 1980, the psychiatrist Kenji Kosaka coined the concept of “disease with Lewy bodies” when witnessing a type of dementia very  similar to Alzheimer’s dementia, but with certain differences.

In fact, this characteristic name (Lewy bodies) refers to the particles that were discovered in the neurons of patients with this type  of disorder, which are responsible for producing the degeneration of the brain. 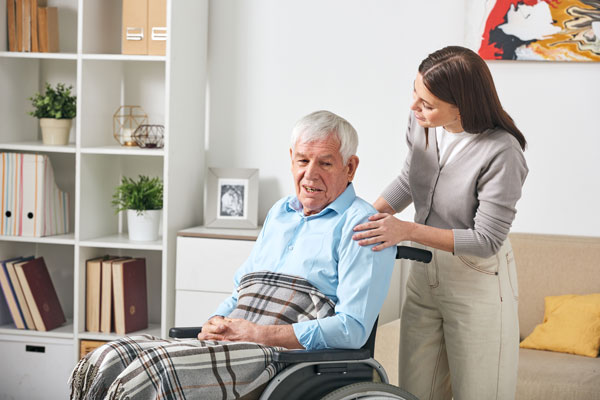 Thus, although Alzheimer’s dementia and DCL share many characteristics, in Alzheimer’s these particles are not present in  neurons, so the cause of both types of dementia seems to be different.

However, currently many patients with dementia due to Lewy bodies are still “misdiagnosed” of Alzheimer’s.

To try to clarify a little the properties of the DCL, next we will comment all its characteristics and which of them make it different to the Alzheimer type dementia.

Characteristics of Dementia by Lewy Bodies

Also, another important feature of this disorder are cognitive fluctuations.

These variations in their performance are explained by the alterations in attention and concentration processes that people with this type  of dementia present.

In the DCL, attention and concentration suffer unpredictable changes. There are days or times of the day in which the person can be attentive and focused, and  there are other days in which their concentration can be totally deactivated.

In this way, when the person with MCI has greater attention and concentration, their cognitive performance increases, and performs more effectively  mental activities, has a better functioning, speaks in a more fluid way, etc.

However, when attention and concentration are more deteriorated, their cognitive performance decreases sharply.

Another important symptom in dementia due to Lewy bodies are the motor signs: rigidity, muscle hardening, tremor and slowness of  movement, which are presented in an almost identical way as in Parkinson’s disease.

Finally, the third main symptom of DCL is hallucinations, which are usually visual.

The elderly who suffer MCI usually hear and interpret voices that do not exist, and sometimes see elements in a hallucinatory way.

Thus, by way of summary, the 4 main characteristics of MCI are: cognitive deterioration, fluctuations in this deterioration, the presence of  parkinsonian symptoms and the appearance of hallucinations.

However, in the DCL can also appear other symptoms such as:

The diagnosis of dementia by Lewy bodies is very controversial due to its multiple similarities with Alzheimer’s type dementia.

However, with the objective of delimiting the diagnosis as much as possible, the consortium on MCI held in 1996 established the  following criteria:

Thus, the diagnosis of MCI is still not detailed today and it differs from Alzheimer’s disease by means  of probability mechanisms.

Differences between Alzheimer’s disease and  Dementia due to Lewy Bodies

Despite the multiple similarities, there are also divergent aspects between both diseases, therefore, in many cases it is possible to differentiate a  DCL from an Alzheimer type dementia.

The main differences are:

Dementia due to Lewy bodies is the third cause of dementia behind Alzheimer’s disease and vascular dementia.

In fact, Lewy bodies have been seen in the neurons of patients with dementia in approximately 20-30% of the autopsies performed.

There are studies that have found that the prevalence of MCI among people over 65 is 0.7%.

The onset of the disease varies between 50 and 90 years of age, and the prevalence of life of patients with this type of dementia is usually very  short.

In people with MCI, it usually takes between 6 and 10 years between the onset of their illness and their death, thus being one of the dementias with worse  prognosis.

The DCL originates when the famous Lewy bodies appear in the neurons of the person.

Lewy bodies are cytoplasmic inclusions that are formed through different proteins, especially alpha-synuclein.

That is to say, the brain of patients with MCI suffers an alteration in the synthesis of this protein, therefore, it joins the nucleus of the neurons, and  thus constitutes the Lewy bodies.

Therefore, in the neurons of the patient, these bodies begin to appear, which collaborate in the death of the neuron itself and initiate  cognitive deterioration.

Likewise, the Lewy body is distributed by neurons from different regions of the brain, producing a large number of alterations and causing  cognitive deficits in many different areas.

The cause of MCI, that is, why they begin to “put together” Lewy bodies in neurons, is unknown today.

However, there seems to be some consensus that there is a genetic component in the development of this disease.

Genes such as the apolipoprotein gene or the cytochrome P450 gene seem to be involved in DCL. Likewise, the first one seems to be also  related to Alzheimer’s and the second one to Parkinson’s, a fact that could explain the characteristic symptoms of AD and Parkinson’s that  also appear in MCI.

However, these genetic patterns alone would not explain the development of the disorder.

Regarding the environment, there are no conclusive studies on what could be the risk factors for dementia due to Lewy bodies,  however the following seem to have a certain relationship:

The DCL presents a wide range of symptoms, which is why it is important to perform different therapeutic interventions.

With regard to cognitive impairment, it is important to perform cognitive stimulation activities to try to minimize the progress of  the disease.

Working with the patient’s deficits such as attention, concentration, memory, language or visoconstruction, can favor the maintenance of  their cognitive abilities.

As far as hallucinations are concerned, these should only be treated when they produce anxiety or agitation in the patient. Conventional antipsychotics such  as haloperidol are contraindicated because of their strong side effects.

Also Read: The Two Types of Anorexia and Their Characteristics

In those cases in which it is essential to treat hallucinations, atypical antipsychotics such as risperidone can be administered .

Finally, parkinsonian symptoms are also often difficult to treat as antiparkinson drugs are often ineffective and produce  many side effects in patients with MCI.