The tolerance is a positive attitude that allows people to accept and understand others, valuing the difference is regarding them as something that can enrich reach.

Tolerance is respect and consideration for that different, a willingness to understand and admit that others feel, think and act differently from us.

Through coexistence and difference, the tolerant person accepts and values ​​the wealth that can make a difference to the world in which we live.

The word “tolerance” comes from the Latin verb tolerare , which means “to suffer”, “to bear with patience” or “to bear”.

Throughout time tolerance has been understood as a rather passive attitude, given the definition to which we referred a moment ago.

Tolerance is a social construct that originally referred to the attitude of permissiveness in the religious or metaphysical beliefs of the other person.

Tolerance varies with time and culture, depending on the historical period, different criteria and the sense that is given in the culture.

Nowadays, being tolerant with the other implies respecting it in the ideological but also in the political, moral, gender, ethnic, sexual orientation and any other personal terrain that may be involved.

In addition, tolerance implies understanding the other in a dialogue in which even oneself must question or question their own beliefs or convictions. 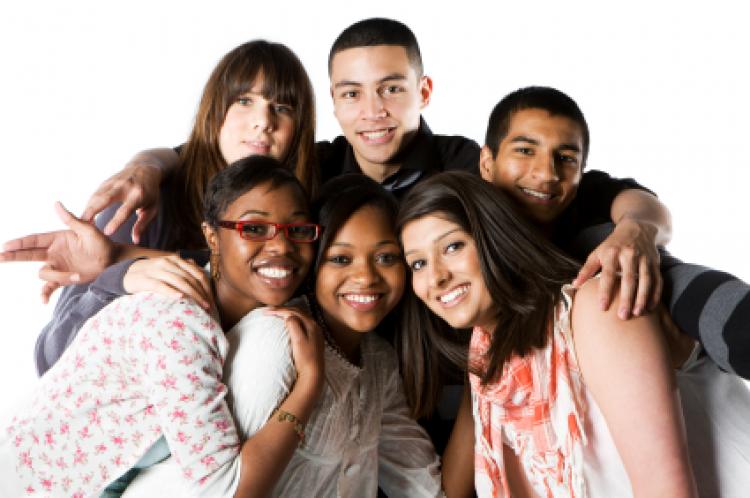 The basic pillars of tolerance could be freedom and equality. We are tolerant to the extent that we do not impede or nullify the other person’s freedom and because we consider that it is equal to ourselves.

What are the benefits of being tolerant?

The benefits of tolerance lie in respect for others and the acceptance of difference.

The differences are the characteristics of each one that make it special, unique and different from all the others. However, this does not imply that we are different as people, we are the same.

The difference has been used to emphasize and promote inequality and prejudice. Diversity could be defined as the natural circumstance by which we are all different but at the same time equal.

It is necessary and beneficial for human beings and for society in general to recognize that we are all different without it being a detriment and a social discrimination.

This does not mean that something is better or worse, but it hints at the richness of the human being and that allows individuals to be different but equal and live with that duality.

When a person is intolerant he focuses on the differences and forgets in the egalitarian part, is prejudiced and discriminates, basing his opinion on topics that hint at the fear of the different.

When we act denying the other we are being intolerant, we forget the equality that characterizes us and we look at the things that separate us.

Being tolerant is important because it brings us closer to the roots of oneself, who does not accept the other is also difficult to end up really accepting himself.

Why is it necessary to be tolerant?

In a pluralistic society and with as many cultures as we are currently in, getting citizens to be tolerant and living in a calm, democratic and peaceful way is a challenge and a necessity.

It is important to take into account the fact that, on many occasions, making people tolerant of other people does not mean preventing or repressing intolerant behavior.

The most important thing is to educate in respect and tolerance and promote and facilitate behaviors that allow citizens to see everything different from the prism of respect and acceptance.

Traditionally it has been considered that a person could change his attitude exclusively through information. However, this belief is very basic.

The promotion of tolerance and therefore the change of attitude or ideology of a person is something deeper and requires significant experiences.

As we said at the beginning of this article, in a society in which conflicts are the order of the day and in which mistreatment, harassment and violence are daily events, education in values ​​must be taken urgently and, in particular, education based on tolerance.

We live in complex and plural societies in the moral, ethnic, religious, cultural … the educational systems must attend to educate in respect and tolerance.

The school must get to form free, democratic and tolerant citizens from the respect to the human being and the particularities of each one of them.

Tips for working tolerance in children

From school and also from the family, work can be done to help children and adolescents to be tolerant, respectful and neighborly and to achieve, increasingly, generations of tolerant and democratic citizens.

Some of the tips that you can take into account are the following:

Awareness activities covers, without a doubt, the information. You can make use of each of the concepts (for example, tolerance, equality, discrimination, prejudice, stereotype …) and talk about each of them with the child.

No matter how old you are, you can always adapt it to your level and talk to him about what each one means. Information is the first step (although not the only one) to become aware and be able to act.

It is also important to design activities where they can put into practice how to act in situations that they detect as not very tolerant.

Some examples can be from texts of reflection, watching movies or even role-playing, where they make different characters and can be put on their skin.

These activities can also help us to teach them how to act when they detect situations of intolerance and abuse and how they can intervene to stop it.

All of the above would be meaningless if we did not encourage them to be tolerant in essence, that is, outside the classroom and in everyday situations.

That they are attentive to daily situations (obviously according to the educational level we are talking about) and that they act accordingly, will be the best lesson for tolerance.

There will be many day-to-day situations where the student faces discrimination, ridicule or rejection.

Starting from these situations to work with the bullies and the victim will give everyone a great lesson.

Some things you can keep in mind are:

– Listen and talk with the victim about their feelings, about what happens, about the consequences …

– It offers information based on the situation that occurred. You can take the opportunity to explain what has happened, how you can act in a tolerant manner, what is the underlying prejudice, what alternatives are there to resolve that conflict …

– Offers help or protection to the victim. Must understand and understand that no one can be rejected or discriminated against.

It will be useless to promote activities and talk about tolerance with children if in real life one is driven by intolerance, prejudice, stereotypes or discrimination.

On many occasions it is difficult to identify our prejudices and stereotypes. We believe that we are not prejudiced , racist or h0m0phobic , for giving examples of discrimination, but we act in a non-tolerant way on some occasions.

Being attentive to our signals and managing to modify them so as not to transmit them to the next generations is a difficult task that all of us who educate have in front of us.

Act with your example, this is perhaps the most difficult but certainly the most important advice.

Sometimes we downplay certain jokes, jokes or comments that are made between children or adolescents as nonsense or games of children.

Do not fall for that and do not be permissive. You must not tolerate any kind of abusive or intolerant comment towards any person. It is the clearest way for children to internalize what can (and should) be done and what is not allowed under any circumstances.

Encouraging both initiative and cooperation is positive for tolerance. For children to learn to help themselves, to understand each other, to ask for help and to collaborate will put them in a position to act in a tolerant manner.

If we encourage initiative and cooperation in them, we will prevent them from acting selfishly, interestedly and competitively and they are more likely to act in the face of the injustices that are presented to them.

As a parent or educator helps the child to understand that what is different is not scary, that it can be beautiful and bring us great wealth.

We must help the child to value himself as a member of groups, but we must also help him to value people belonging to different groups and to see it equally valid.

We must also help them to recognize the prejudices, the social injustices that sometimes occur in people belonging to certain groups. And give them tools to act when they are in those situations.

Culture is something important in all of us, in our way of thinking and feeling. It is something that changes and that adapts with time.

Part of the own culture to later work the others. It is important, in addition, that you help your child to love and accept, because that will later result in the acceptance of others.

To do this, offer positive models of behavior, monitor the prejudices and stereotypes that appear around them to work on them, help them understand who they are, talk about their own culture …

Living with people from other cultures or with people who think differently to yourself is a good way to put tolerance into practice.

Offer your child situations where he can learn to be tolerant. Sometimes we tend to get together with people who only think just like us, but that is to live in an unreal world.

It fosters encounters with different people, talks to him about the differences and similarities we have with other people, travels to other countries, works on our own ideas and prejudices …

By way of conclusion, it should be noted that tolerance should apply to all human beings, with the exception of those who, bypassing tolerance itself, fail to comply with human rights and threaten the dignity of other people.