Anxiety is due to medical illnesses, substance use, environmental factors, past factors, genetics or individual factors. It is very common today, and is closely linked to the way of life, culture, gender and economic situation. It is estimated that the overall prevalence of anxiety disorders is approximately 7.3%, ranging from 5.3% in African cultures to 10.4% in European and Anglo-Saxon cultures (Baxter, Scott, Vos & Whiteford, 2013).

Before continuing, it is necessary to delimit what is considered anxiety. According to the American Psychological Association, it is an emotion characterized by feelings of tension, worry and physical changes such as sweating, palpitations, tremors, dry mouth, etc.

It has three components: the physiological one that is based on bodily reactions like the ones we have mentioned, the cognitive one that focuses on the worries and negative thoughts, and the behavioral one, which is what we do to face that feeling like avoiding, fleeing, taking pills or avoid intense physical exercises. 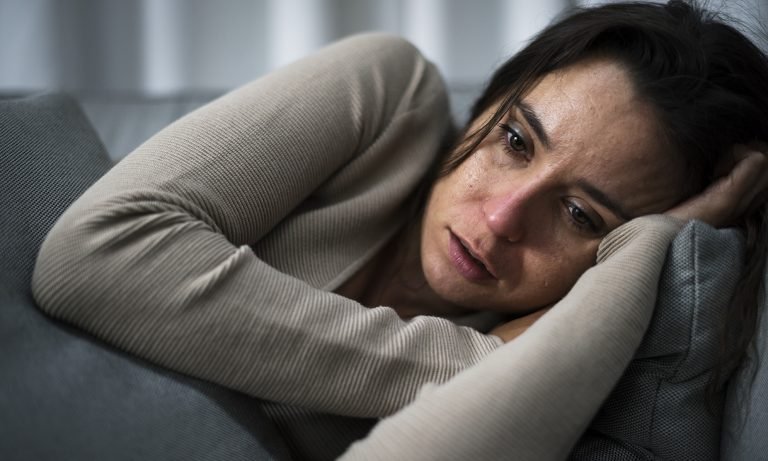 Each type of anxiety seems to have specific causes, although there are certain common factors that cause the appearance of any form of anxiety. You have to know that the exact mechanisms that cause anxiety are not entirely clear yet and are still being investigated.

Even so, it is known that both hereditary factors, as well as traumatic life events, substance abuse, concrete physical conditions, ways in which we have been educated, interpretations, etc. intervene.

It is fundamental to know that they are a set of variables and not a single cause that makes anxiety appear and be maintained over time. In addition, the personality and the way the person has to face the stressful events of life have a great influence.

Below, I list those factors that, if several are given together, can make you anxious.

Factors that cause the appearance of anxiety

Physical health can influence our mental well-being. Either by suffering a physical illness or by conditions that mimic the symptoms of anxiety, this increases the likelihood that this or other mental disorders will be generated.

– Serious medical illnesses , with disabling symptoms, of complicated treatment. In this way, people with some disease can spend a lot of time thinking about their symptoms, wondering if the treatment will work and what will happen in the future. These concerns can trigger anxiety if they add up to other factors.

Chronic conditions such as chronic pain, is associated more with depression.

– There are people whose anxiety symptoms seem to be linked to an underlying health problem . Thus, the first anxious signs and symptoms may indicate the existence of a medical disease.

Some examples are problems in thyroid hormone levels, such as hyperthyroidism, which causes more activation of our body; heart problems or abnormal heart rhythms, hypoglycemia, diabetes, lack of oxygen, respiratory disorders such as asthma, tumors that affect hormones, etc.

Some clues that there may be anxiety due to a medical condition would be:

– There is no family history of anxiety disorders.

– No stimuli or situations that may cause anxiety are identified, but rather arise for no apparent reason.

– There has been no anxiety in the past and is a person who does not tend to stress.

– The symptoms appear suddenly and without relating to day-to-day events.

– There are substances that cause anxiety symptoms such as caffeine and amphetamines. Its consumption is associated with hyperactivity, increased heart rate, dizziness and shortness of breath.

As with other drugs that produce excitement such as cocaine or speed.

– Withdrawal syndrome: if certain substances that cause relaxation or well being are abused and then radically removed, abstinence or “hangover” occurs, causing the opposite symptoms.

That is, if you drink large amounts of alcohol, which is a depressant substance of the Central Nervous System (produces relaxation), the symptoms of withdrawal would be nervousness and irritability. The same happens with the withdrawal of certain tranquilizing drugs such as anxiolytics.

In addition, the consumption of drugs or alcohol can eventually make or worsen an anxiety that already exists.

– Secondary effect of certain medications : there are drugs prescribed to treat medical symptoms that in some people can cause anxiety. It is not surprising, because we still know very little about drugs and the exact mechanism of action of many of those that are commercialized is unknown.

An example is corticosterolds, vasodilators or theophylline (Durandal Montaño, 2011).

– A poor or inadequate diet can cause symptoms of anxiety and depression. For example, if you abuse coffee, tea or energy drinks, sugar or saturated fats.

Factors of our environment

Obviously the things that happen to us every day and the meaning they have for us are fundamental for the development of stress and anxiety. It is important to know that anxiety is usually born from an accumulation of several stressful events. Some very common are:

– Stress continued at work or at school . We recommend you visit the article How to Be Happy at Work.

– Stress in our personal relationships with friends, family or partner: frequent discussions, broken families, toxic or unstable relationships, suffering abuse or abandonment, etc. Visit Toxic People: 18 Things they do and how to avoid them.

Certain lifestyles or habits can affect how we feel and this make us more likely to suffer anxiety, for example:

– Do not sleep the necessary hours , not enough rest or have alterations in sleep. Visit 7 Techniques and Tricks to Sleep Well (Quickly).

– Being continuously busy and not having time for oneself.

– Work for many hours in a row.

–  Want to take control of everything and worry too much about things. Later we will talk about this more extensively, which is what will determine to a large extent that anxiety is generated and maintained.

The experiences that happened to us in the past, especially in our childhood, can strongly impact us and make us vulnerable to anxiety and other disorders.

Mainly if they are facts that have not been overcome or resolved or repressed in our interior. Thus, when something happens in the present that resembles the past negative experience, feelings of anguish and restlessness surface again in us.

Therefore, children who have suffered traumatic events, abuse, neglect or abuse have a higher risk of developing an anxiety disorder at any time of their life. As it happens if the trauma has been in adulthood. If several factors come together, anxiety may appear.

Being anxious can also be something we have learned in our lives. For example, if our parents are anxious and give us a hostile view of the world, considering it full of potential dangers.

The education received in the upbringing is essential to increase the probability of suffering anxiety: if the parents have been overprotective and have instilled fear in their children, or if the education has been very demanding, perfectionist and suffocating.

It seems that anxiety has a genetic component. That is, anxiety disorders frequently appear in the same family.

They are still investigating what genes are involved in the anxiety and in what way.

It is known that there is no specific gene that causes anxiety, rather it seems that there are individuals who have certain traits (among them, hereditary) that make them more vulnerable than others to develop anxiety. The hereditary factors associated with the propensity to anxiety would be approximately 30 to 40%.

– Personality . People with certain personality types are more prone to anxiety disorders than others.

– Perfectionist , dependent and not very assertive people (Rapee, 1995), who believe that mistakes are intolerable. Visit How to Be Assertive in any Situation: 11 Infallible Tips.

– Tendency to catastrophic interpretations about oneself and the surrounding environment. They are always thinking about what is wrong that could happen (the famous “what if …?”, For example, “what if I get it wrong?”). They only see the negative aspects of themselves or the things that happen to them. Visit Cognitive Distortions: types and solutions.

– The appearance of intrusive thoughts and obsessions. Sometimes strange or unpleasant images or ideas come to our mind. This is a normal thing that happens to everyone, the problem comes when you give more importance to the account and it starts to spin.

– Attention biases, attending more to the threatening stimuli . They are individuals who find dangers and threats everywhere.

– People hypersensitive to emotions, who believe that feeling sad, decayed or nervous is a bad thing: these people have deficits in accepting and managing their own emotions, ignoring that being sad or stressed are normal states that you have to live. By trying to suppress their emotions in the face of a threat, they only manage to feel more anxious. (Model of dysregulation of the emotions of Mennin et al., 2004).

– Positive beliefs about the worry or feeling that it is good to worry about things. Many believe that thinking about problems continuously and complaining helps solve problems, but it is not.

In the short term, it can diminish our discomfort; but in the long term it causes that the worries are more frequent and that they block our search of solutions and emotional processing (Avoidance model of Borkovec et al, 2004).

But worry is not really useful: “If you have a solution, why do you worry? Act! And if he does not have it, why worry? “

– Little tolerance for uncertainty (model Dugas et al., 1995): there are certain people who need to take control over everything that happens to them, so they do not tolerate sudden stressful events well. And when they appear, they present a negative attitude, try to distract themselves or avoid them, and use the bad strategy of worry. Finally, they can not solve anything, but their anxiety goes up.

– Fear of fear or sensitivity to anxiety: there are people who have a deep-rooted belief that anxiety symptoms are dangerous and can have very negative consequences for health.

Thus, they develop fear of suffering anxiety, which acts as a vicious circle that in the long run causes even more anxiety (Reiss and Mcnally, 1985). Any small symptom of nervousness that they feel maximizes and pays too much attention, making it grow.

Also Read: The 12 Types of Anxiety and its Symptoms

It is related to the concept of hypervigilance to our physical symptoms, which means that we are continuously aware of the sensations of our body that may resemble those of anxiety. The people who suffer it can be continually measuring their pulse or attentive to their breathing. In many cases this is what generates and maintains panic attacks or crises. 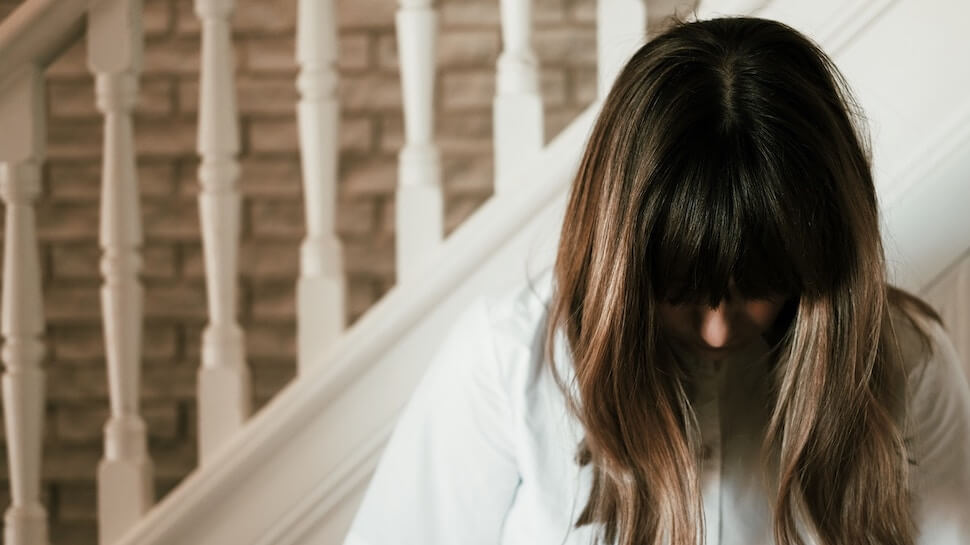