The Ritalin is the most popular drug for treating ADHD (attention deficit hyperactivity disorder). It is important to know how long the effects of Ritalin last to make sure that you are treating the disease in the most effective and beneficial way for your health.

As distractions increase in our society, the ADHD diagnosis number, which stands for ADD or ADHD, amounts. It is a disease that is characterized by a lack of concentration or attention and can lead to many problems in life and in school.

This guide will explain what Ritalin is, how it affects your body and how long its effects last.

Before knowing how long its effect lasts, you have to know exactly what it is. Ritalin is the brand name of the drug methylphenidate (MFD), a stimulant that affects the central nervous system. Ritalin is used to treat ADHD, causing your body to be accelerated by a change of pace. 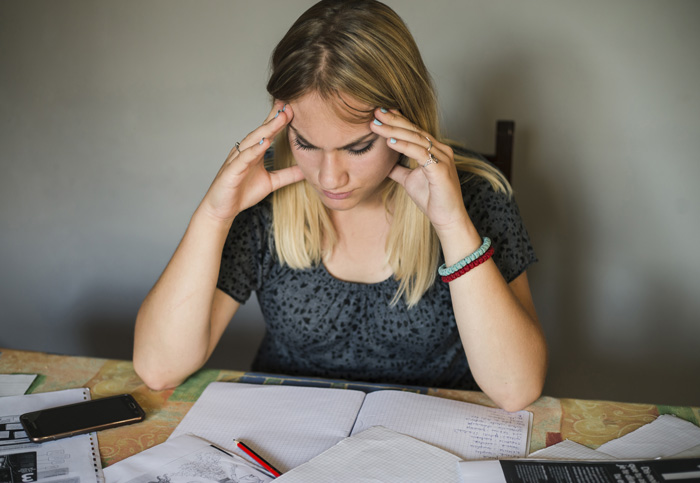 This allows a greater concentration, since the neurons in the brain have a stimulus too fast to be stimulated at random, or stimulated without synchronization, which is what scientists believe is the cause of the symptoms of ADHD.

Ritalin works to increase the amount of dopamine or norepinephrine in the brain. These chemicals play a very important role in the body’s compensatory process, as well as being regulators of attention, concentration and mood.

Factors that influence the duration of Ritalin

Like all medicines and substances, there are a number of factors that influence the duration of Ritalin in the body and brain. The most prominent are age, body size, food consumed, body characteristics, metabolic rate and other drugs.

One of the things that happens when you get older is that your metabolism slows down. This can happen due to causes such as the natural aging process, the damage caused by drugs, alcohol or the diet you are taking.

In general, older people will experience the effects of Ritalin longer than young people. Instead, young people process and cleanse their body of Ritalin more quickly.

The characteristics of your body

This is another important factor when determining how the medication will affect you. This includes height, weight and body fat index. In most cases, the more body mass per unit of Ritalin consumed a person has, the faster your body will process it, and therefore you will experience a decrease in the effects of Ritalin before.

In addition, those with a higher body fat ratio, your body will probably process Ritalin earlier. This means that large people will process Ritalin faster than thinner people.

Another important aspect of your body is the state of the liver and kidneys. If your liver or kidneys are damaged, the duration of Ritalin may increase, since your body will take longer to decompose and process it.

It is important to keep in mind that other substances that depend on the liver and kidneys to be processed can decrease the speed at which the body gets rid of Ritalin. Therefore it is essential to moderate or avoid alcohol consumption when taking a stimulant such as Ritalin, since the interaction of both could damage your body.

Another factor we find is the metabolic rate. Each person has different metabolic rates that can be affected by a number of factors such as age, sex and body type.

People with a fast metabolism will process the drug faster than people with a slow metabolism. This means that if you know the type of metabolism you have, you will know if the effects will last more or less.

It is important to know that the metabolic rate can be affected by your actions. People who practice sports or exercise usually have a higher metabolic rate than people who live a more sedentary life. This should be taken into account when you want to find out how long the effect of Ritalin will last.

As mentioned above, the drugs you take can affect the processing of Ritalin in your body. Medicines that slow down your metabolism can increase the duration of Ritalin, while medications that speed up your metabolism will decrease it.

It is important to consult with your doctor or a specialist how the medicines you take with Ritalin interact, since they are complex processes that can only be evaluated by specialists.

So, how long do the effects of Ritalin last?

Since we have understood what Ritalin is and the different factors that influence it, we can begin to answer this question. Keep in mind that the figures are estimates and will be different in each person.

There are two types of Ritalin, so the formula you take will also affect the duration of the drug. The two formulas are repeated release (LA) and prolonged release (SR).

For the repeated-release Ritalin, which comes in pills, the blood levels reach their highest point after two hours, and the half-life lasts between 1 and 3 hours. So you will feel the best results two hours after having taken it, and then the effects will disappear as your body processes the drug.

Many people report that they have felt the effects for four hours with a single dose, although not all those hours have the same intensity.

The second formula is the extended-release Ritalin, also known as Ritalin SR. This formula gradually releases the drug into your body. For this reason, its effect can last much longer than Ritalin’s repeated release.

The extended-release Ritalin has an average duration of 8 hours, and has a half-life of 3.5 hours on average. This means that your body will break it down more slowly and you will feel the effects for longer than the repeated release Ritalin.

However, in the extended-release formula, you may feel that the effects are not as strong with the same dose, and the amount of time a dose lasts may vary depending on the formula used.

Pay attention to what you feel when you take Ritalin to see how it affects you personally, and you can predict more accurately how long you will be under the effects of the medication.

Another important aspect is that although you do not feel the effects of Ritalin, this does not mean that it is no longer in your body. Ritalin can be detected in controls for several days after ingestion.

The time during which Ritalin can be detected in the blood will depend on the amount that has been ingested, how long you have been taking it, and the type of control that is being done. Ritalin is detected in a saliva or hair test for longer than in a urine test.