The physiology of sleep is characterized by two phases, REM and NoREM, and within the REM phase there are four stages.

Adults usually have about 8 hours of sleep per day. If the 8 hours are carried out in a continuous manner, it will take about 4 or 5 cycles.

Each cycle can be understood as complete phases of sleep (from stage I to REM phase), and can last between 90 and 120 minutes each. 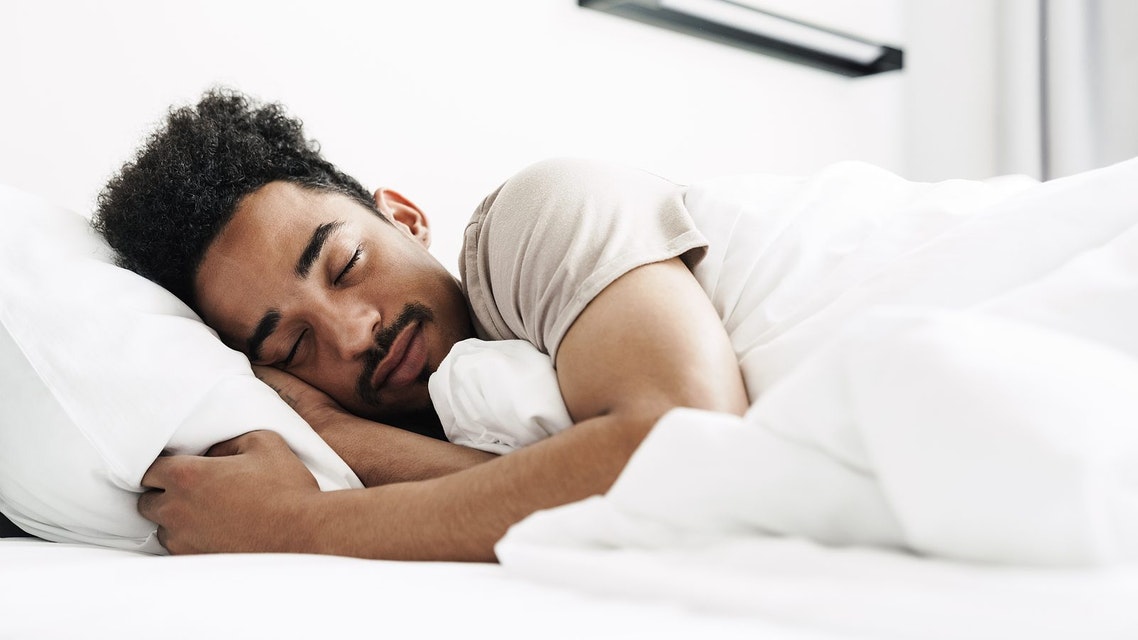 What is the dream?

When we talk about sleep or the process of sleeping, we refer to a physiological and natural state in which the level of alertness and vigilance is diminished, since the person is resting.

And although it seems that the external stillness of the subject, makes internally in a state of tranquility, it is something completely wrong, because internally the body of the sleeper does not stop and continues to function as complex as when we are awake.

The dream is composed of different degrees of intensity or depth, where in turn there are modifications of the body that accompany each phase or stage of sleep.

One of the first theories formulated to understand the dream process was the Passive Theory of Sleep, which Bremmer formulated in 1935. This theory was based on the fact that the excitatory areas of the brainstem were becoming exhausted throughout the day, so When it was time to sleep, they were already tired and deactivated.

It would be something similar to your mobile’s battery, taking the fact of charging it as our sleeping process.

But after several years and some experiments the theory became obsolete and a different vision began to be seen. Currently the theory that accompanies this process says that sleep is produced by an active inhibition.

This means that in the brain there is a small area that causes parts of it to be deactivated during sleep. Something like a vigilante that prevents other brain areas from doing their work while you sleep.

But you have to be clear that the brain does not sleep while you do it, but that your way of working changes to be in line with the process.

To this day, we still do not know what is the physiological purpose that creates the need of any living being to sleep. As you read above, the dream is considered a priority need, and even the fact of not sleeping for a time can cause disorders and even death although it sounds incredible.

People can not sleep without anything for 1 to 2 nights. From the third night without sleep, disorders would appear that little by little would increase in severity and would have serious consequences. This would affect areas such as attention, memory, mood and may even appear hallucinations and convulsions.

Stages of the dream

There are 4 phases of the non-REM sleep (NREM) sleep process and another of REM sleep.

This stage is also known as no-Rem , it comes from the English translation “non-rapid movement of the eye”, this first stage is the first contact with the dream.

It is the first state of reverie in which we enter and for most adults it will be the place that occupies 75% of the totality of your dream.

The NRem stage is divided into 4 phases , in which the characteristics of the dream are modeled , these are the following:

It is the stage where we feel drowsy or we are asleep. The waking state is disappearing since the Alpha rhythm also does it. At the moment muscle tone does not relax completely. The Beta waves have disappeared.

It is the stage where although we are asleep, the dream is light, the Alpha rhythm disappears more and more, muscle tone continues to exist. We experience the entrance to the theta waves little by little.

This is the stage of deep sleep, the encephalographic rhythm is very low, muscle tone is maintained or may be greatly diminished. Delta waves appear in our brain.

Actually these stages differ in that the muscular atony is gradually increased and brain waves are gradually changing depending on the relaxation of the body.

This is the paradoxical dream phase, since during this phase the brain has an activity that resembles that which occurs when we are awake. Also during this phase rapid eye movements are seen. The body is in atony.

What we dream of occurs during this phase.

To this day, there is no clear theory of why ocular movement occurs during the REM phase.

How is sleep organized during the night?

Adults usually have about 8 hours of sleep per day. If the 8 hours are carried out in a continuous manner, it will take about 4 or 5 cycles.

Each cycle can be understood as complete phases of sleep (from stage I to REM phase), and can last between 90 and 120 minutes each.

The distribution is usually the following:

How much do people sleep?

The distribution of sleep throughout the day are different according to several factors such as age, daily activity, health, etc …

Babies sleep most of the time, although as the child grows the waking states are more and more prolonged. It is curious to know that babies have a higher percentage of REM sleep than adults, and it is throughout childhood when that percentage will begin to fall to reach a normalized percentage.

In adults, the need to sleep is less than in infants. An adult can sleep between 5 and 9 hours and have a good performance throughout the day. Although it is always advised to sleep between 7 or 8 hours a day to have good health and quality of life.

Different times of life and life situations can reduce the amount of sleep. For example, when we go through times where we have a lot of intellectual activity we will have more need to sleep, than at times when stress is very present in our lives.

Older people have less need for sleep and their rest periods are less. They usually wake up during the night and the percentage of phase IV of sleep. However, the REM phase seems invariable throughout life in terms of its duration in the sleep cycle.

The dream is governed by a biological clock

The sleep process is governed by a biological rhythm understood as circadian rhythm. These are  24-hour cycles that are related to day and night.

The circadian rhythm of sleep and wakefulness is approximately every 25 hours. This data is curious because this tells us that we are programmed in such a way that we allow ourselves to be influenced by a certain rhythm or cycle.

In our central nervous system there is one of our biological clocks. This watch makes non-REM sleep and REM sleep last a certain time.

Circadian rhythms depend on the interaction of the organism with the stimuli that come from outside. Of these external stimuli the most important and the one that most influences us is light, as well as the time to wake up, since this time can be fixed strictly.

The time we go to sleep is also important, and although we can set a routine guidelines that make us at a certain time we are in bed, we can not usually decide the exact moment in which we fall asleep.

If the person is totally isolated from these stimuli, that is, he does not perceive changes of light, temperature, activities, etc … he would also follow a normal biological rhythm of sleep, since the human body is programmed to follow the rhythm we need without need for external influences.

When we dream our brain does not rest just like us, because the brain activity continues in constant and active movement.

Also while we sleep we have some curious experiences, called dreams or more commonly known as dreams.

As you read above, dreams occur during the REM phase (hence many experts think that the movement of the eyes occurs as a result of those dreams) and are in color and moving, as if we were watching a movie.

During the deep sleep phase, sometimes you also dream. The only difference is that those dreams are of a more abstract kind.

In addition, the limbic system is active during sleep, with structures such as the amygdala and the cingulate cortex. This system is responsible for the emotional life, so this can also give a rational explanation of why during sleep we not only sensoryly sense what we are dreaming, but we also feel it emotionally.

During sleep, the prefrontal cortex, which is responsible for mental reasoning, is inhibited, so this can give us relevant information about the little logic that our dreams often have.

I hope that this article has given you information that you did not know about the natural process of sleeping that you do every night.

To finish with the article I leave here 6 curiosities about the dream that perhaps you did not know.

6 curiosities about the dream