The mild cognitive impairment (MCI) is a syndrome may have cognitive deficits beyond what is considered normal, which may or may not interfere with daily life and does not meet the criteria for dementia.

That is to say: the MCI, as the name suggests, is a type of cognitive impairment characterized by being mild (deficits are unimportant), but they  are notorious enough not to be explained by the normal aging of the brain.

And is that people, as we get older, we lose our mental faculties.

We lose speed of thought, every time we are less agile mentally, our learning ability decreases, it can cost us more to remember  things …

However, this slight cognitive decline is not considered any type of disease, and is classified as “cognitive deterioration associated with age”  (DECAE).

The DECAE is considered a relatively benign phenomenon, and practically all people present it (to a greater or lesser degree) as  we get older. Nobody gets rid of losing faculties with age.

However, the DCL does not refer to this benign aging of the human brain, but is considered a type of deterioration greater than that which is  present in a DECAE.

Therefore, the DCL would constitute those types of cognitive declines that are not purely associated with age and therefore are not considered as  “normal” but as pathological.

Usually when we talk about pathological cognitive deterioration, we are usually talking about dementia, such as Alzheimer’s dementia or dementia due
to Parkinson’s disease.

However, MCI is not a dementia, it is a type of cognitive impairment lower than that presented in any type of dementia syndrome. 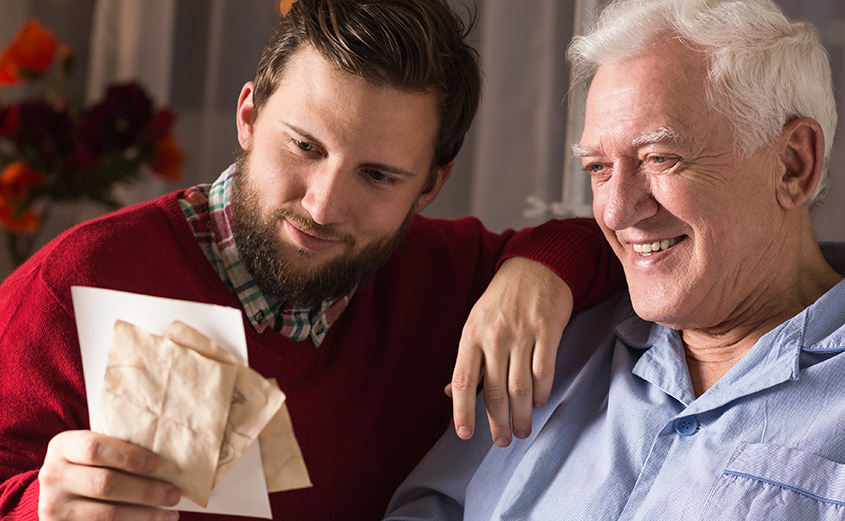 In fact, the term DCL was coined by Peterson in 1999 to refer to those unimportant cognitive disorders, with the aim of achieving an  early diagnosis of Dementia.

This author argued that the criteria for diagnosing demential syndromes (especially Alzheimer’s disease ) were too strict, and only  allowed detection of dementias when they had existed for a long time.

Put another way: for Peterson when a person had the deficits needed to diagnose Alzheimer’s dementia, it had been manifesting at a lower intensity for a long  time.

In this way, Petersen considered DCL as a degenerative process that sooner or later would turn into Dementia.

However, it has been shown that not all people with mild cognitive impairment end up suffering from a dementing syndrome.

More specifically, taking into account the data provided by Iñiguez in 2006, only between 10% and 15% of patients with MCI end up developing a dementing syndrome.

Thus, by way of summary, the MCI is a type of deterioration greater than that considered “normal” but less than that related to demential syndromes.

In addition, this disease increases the likelihood of ending up suffering from a demential syndrome of 1-2% (for healthy people) up to 10-15% (for people  with MCI).

Although the deficits of MCI are mild, the presentation of this disorder can vary and the type of cognitive decline can be of several forms.

Thus, at present 4 subtypes of mild cognitive impairment have been described, each with certain characteristics. Let’s review them  quickly.

A patient whose only cognitive complaint is related to a memory deficit would be labeled in this subtype.

It is the most frequent subtype and is characterized because the person does not present any type of cognitive deficit beyond a slight loss of memory.

For certain authors, this subtype of MCI could be considered as a stage prior to Alzheimer’s disease.

A patient with memory loss and complaints in other cognitive areas such as problem solving, word naming or attention and  concentration difficulties would be framed in this subtype.

There may be multiple cognitive deficits but all of them of low intensity, so it could not be considered a dementing syndrome.

A patient without any alteration in his memory but with difficulties in other cognitive areas such as attention, concentration, language, calculation or  problem solving would be diagnosed with non-amnestic MCI with affectations in multiple areas.

In this subtype, as in the previous one, multiple low intensity cognitive deficits can be presented, but with the difference that there is no  memory loss.

Finally, a patient who, as in the previous case, does not present a memory loss and only presents one of the other cognitive deficits described above  , would be included in this subtype of MCI.

The diagnosis of cognitive deterioration Leve is usually complex since there are no precise and universally established criteria to detect this  disorder.

The main requirement for the diagnosis is to present a cognitive deterioration evident by neuropsychological exploration ( mental performance tests  ) without these meet the criteria of dementia.

Although there are no stable diagnostic criteria to detect mild cognitive impairment, I will comment below on those proposed by the International  Psychogeriatric Association, which in my opinion clarify several concepts:

Thus, the criteria to establish the diagnosis of MCI are to present complaints of declining cognitive abilities, which are detectable  through mental performance tests and that are less severe than those of Dementia.

That is why, to be able to differentiate mild cognitive deterioration from a dementia takes on special importance, let’s see how we can do it.

In order to clarify the differences between DCL and dementia, first we will see what are the diagnostic criteria of the edema syndrome .

According to the Diagnostic and Statistical Manual of Mental Disorder (DSM-IV), they are the following:

A. The presence of multiple cognitive deficits manifested by:

2. One (or more) of the following cognitive alterations:

(b) apraxia (impaired ability to perform motor activities, even though motor function is intact).

(c) agnosia (failure to recognize or identify objects, even though the sensory function is intact).

B. Cognitive deficits in each of the A1 and A2 criteria cause a significant cognitive deterioration of work or social activity and  represent a significant reduction in the previous level of activity.

C. Deficits are not due to other medical or psychiatric illnesses.

As we can see, the demential syndromes are characterized by the deterioration of memory and other cognitive alterations such as language,  planning, problem solving, apraxia or agnosias.

The characteristics of MCI are practically the same as those of dementia, since in mild cognitive impairment we can see both memory deficits  and the other cognitive deficits that we have just commented.

Therefore, the DCL can not be differentiated from dementia by the type of alterations that the person presents since they are the same in both pathologies,  therefore, the differentiation can only be done through the severity of these.

In this way, the keys to differentiate DCL from dementia are the following:

Since mild cognitive impairment increases the risk of developing an Alzheimer-type dementia, current research has focused on determining  markers of both MCI and Alzheimer’s.

Although there are still no clear markers, there are several biological, behavioral, psychological and neuropsychological markers that allow us to  differentiate both pathologies and predict which patients with MCI can develop dementia.

One of the main biomarkers of Alzheimer’s disease (AD) are the peptides in the cerebrospinal fluid.

In the neurons of people with Alzheimer’s disease, greater amounts of Beta-amyloid, T-Tau and P-Tau proteins have been detected.

A study conducted by Baquero in 2006 estimated that 62% of patients with MCI present some psychological or behavioral symptom. The most frequent  are depression and irritability.

Likewise, authors such as Lyketsos, Apostolova and Cummings, defend that symptoms such as apathy, anxiety and agitation (typical of depressions)  increase the probability of developing AD in patients with mild cognitive impairment.

According Íñieguez, those patients with DCL presenting a fairly significant language and implicit memory or a marked deterioration alteration of  the episodic memory and working, are more likely to develop AD patients DCL with another pattern of deficits.

Thus, by way of conclusion, it seems that the limits between mild cognitive impairment and dementia are not clearly defined.

The DCL could be defined as a cognitive decline of low intensity that does not diminish in excess the day to day of the person, but that in some cases can  suppose a previous phase to a serious, progressive and chronic demential disorder.

Also Read: What is Chromotherapy and How Does it Work?

And what else do you know about the DCL? Explain to me how you interpret this disorder. I’m interested in your opinion Thank you so much!