The avoidant attachment is characteristic of people who want a high level of independence, they are seen as self – sufficient and invulnerable to the feelings associated to feel attached to someone else. They often deny needing close personal relationships and even see them as unimportant. They seek less intimacy with other people and tend to suppress or hide their feelings, facing rejection by distancing themselves from sources of rejection.

When parents are not in tune with their children, or are distant or intrusive, they cause them much anguish. Children adapt to this environment that rejects them by building defensive attachment strategies in an attempt to feel safe, to regulate or attenuate intense emotional states, and to alleviate frustration and pain.

Conversely, when parents are attuned to their baby and available whenever he needs them, a secure attachment bond is likely to develop. Having a secure type of attachment has numerous benefits for children, which usually last a lifetime. 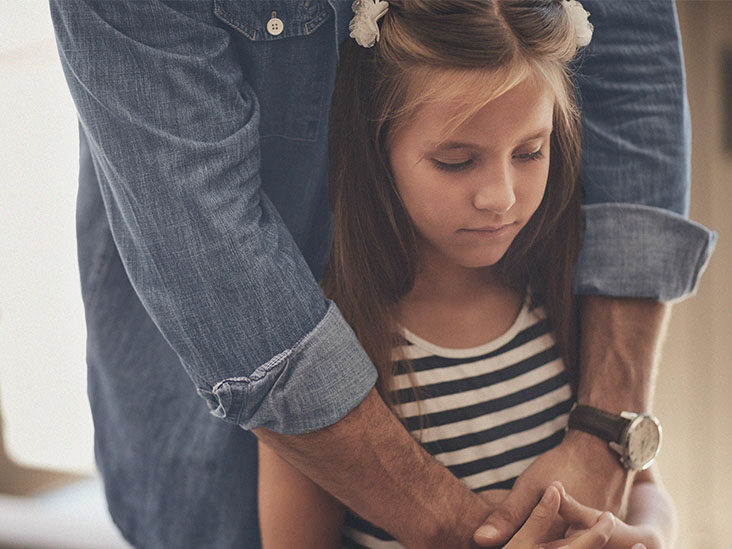 Children with secure attachment are more able to regulate their emotions, feel more secure when exploring their surroundings and tend to be more empathetic than those with an insecure type of attachment.

Therefore, the way in which the parents or primary caregivers interact with the child during the first months of their life largely determines the type of attachment that will develop with them.

Characteristics of children with avoidant attachment

Parents of children who have developed this type of attachment tend not to be emotionally available or unresponsive to children most of the time.

They ignore the needs of their children and can reject them, especially when they feel pain or feel sick. Often these parents rationalize their lack of answers by saying that they try not to spoil their children too much with attention or affection. They also discourage crying and encourage premature independence in their children.

Children react to these behaviors of their parents learning very early to suppress the natural desire to seek comfort in their parents when they are scared, distressed or in some kind of pain.

Through many frustrating interactions with attachment figures that reject them, these children have learned that showing or acknowledging that they are distressed leads to punishment or rejection by others. If they do not cry or express their emotions externally, they can usually satisfy at least one of their attachment needs, which is to stay physically close to their parents.

Many children with avoidance attachment learn to console themselves and take care of themselves to deal with the pain of being rejected and the problematic emotions they feel. They develop a pseudo-independent orientation towards life and maintain the illusion that they can take charge of themselves completely. As a result, they do not usually have the natural desire or motivation to seek support from other people.

The development of avoidant attachment

There are several factors that contribute to the development of this type of attachment: the quality of the relationship between the parents, the temperament of the child and, most importantly, the inability on the part of the parents to empathically respond to the feelings and needs of the children . Many parents, who want the best for their children, find it difficult to remain in harmony or to be emotionally close to them.

Researchers in the field of attachment have found several reasons for the difficulties of parents in this area. Studying a group of emotionally distant mothers, the researchers found that the lack of responses to their children was due, at least partially, to their lack of knowledge about “how to show support towards other people”.

Some of the mothers were not very empathetic, while others had failed to develop a sense of commitment and closeness, which are crucial factors when it comes to being a mother.

Some of these mothers had a history of negative attachment experiences during childhood, with caregivers rejecting them, which explains why they had a more limited repertoire of care strategies at their disposal.

In other words, the mothers in this study were treating their children more or less as they had been treated as girls, and their babies were forming an avoidant attachment to them.

Symptoms in childhood, adolescence and adulthood

Since they are babies, many children of avoidance attachment have learned to suppress their emotions. Their ways of expressing that they believe they are completely independent often miss the people around them and discourage others from offering help or support.

Although these children do not externally express desires of closeness and affection, at the physiological level they show strong reactions when they separate from their attachment figures, as several experimental situations have shown.

When they are a little older, these children appear more emotionally isolated and more hostile and aggressive than their peers. In school, they are usually bullies who victimize other children. As teens, they tend to be unpopular with their classmates and their teachers do not usually like them, as they are less emotionally involved with their families than teens with secure attachment.

People who formed a bond of avoidance attachment to their parents while growing up often stay away from emotional closeness and intimacy in their new relationships.

They often feel uncomfortable with physical contact and try to limit affective and sexual exchanges with their partners to maintain a “safe distance” in the relationship. They value the friendly aspects of a relationship, but reject romantic love, passion, commitment and satisfaction. Other adults identified as avoidant are solitary; they prefer isolation and are interested, above all, in practical matters.

When faced with threats of separation or loss, many of these adults are able to focus their attention on other issues and objectives. Others tend to retreat socially and try to deal with the threat by themselves.

They deny their vulnerability and use repression to manage the emotions that arise in situations that activate their attachment needs. On the few occasions when they seek support from their partner during a crisis, they use indirect strategies such as complaining and having tantrums.

Many of these adults use preventative strategies that deactivate their attachment system, for example, choosing not to get too involved in a relationship for fear of rejection. Another strategy is to suppress memories of negative attachment circumstances, such as breaking a relationship.

In fact, these adults often have very few memories of their early relationship with their parents. Others describe their childhood as happy and their parents as loving, but are unable to give specific examples that support these positive evaluations.

People with this type of attachment tend to be overly self-centered and ignore the interests and feelings of others. They also have difficulties when it comes to expressing their thoughts and feelings to their partner. Your typical response in a discussion, conflict or any other stressful situation is to stay aloof and aloof.

These people often have a positive overview of themselves and a negative and cynical attitude toward other people. In many cases, this high self-esteem is defensive and protects a weak identity that is very vulnerable to rejection.

When they are adults, people with avoidance attachment are especially harmful to their partners and to themselves when they are in a relationship. Here is a list of behaviors of these people:

People with extreme avoidance attachment are almost unable to talk about their feelings; almost all the feelings to which they have access are negative and have great difficulty in describing them verbally.

This syndrome is known as alexithymia. The root of this word literally means “not having words for feelings,” which is not the same as not having feelings. The worst cases can only be expressed by tantrums or seemingly inexplicable physical symptoms, such as stomachaches or headaches.

Is there a solution for all the problems arising from the development of a negative attachment bond? Fortunately, there are several therapies that can help. Therapies related to attachment in adults vary depending on the severity of the problem.

In most therapies, emotional recovery from past experiences is the key. These therapies often try to create an atmosphere where people feel comfortable being vulnerable and can break barriers to be able to trust and love while living happily and productively. Sometimes, a psychiatric environment is necessary for the process, due to possible alterations due to chemical imbalances in the brain.

Therapy occurs at different levels: cognitive, behavioral, spiritual and interpersonal. Generally, treatment involves identifying and validating feelings, encouraging the safe expression of these feelings, finding out where those specific feelings come from, recognizing negative experiences of childhood, and alleviating them.

The cognitive behavioral therapy is the best way to expel anxiety and thus improve a relationship. Learning how to change a person’s way of thinking has a huge effect on how the person feels and, in the end, change the behavior they exhibit, since most of the time the feelings influence how we behave.

The first issue with which one works in therapy is the reduction of the physical symptoms of anxiety through relaxation. Therapists practice relaxation techniques that calm the muscles that tense when we are anxious and decrease the heart rate. Being able to think with a clear head is the key to face the typical problems of a person with attachment attachment avoidance.

The next step to reduce anxiety is to replace negative thoughts with positive ones, because negativity can be the source of the extreme anxiety these people feel.

Adults with avoidance attachment often assume that they know what their partner thinks without communicating with them. They also make small things a world and become too overwhelmed to solve problems in their relationship, so they become anxious and distance themselves from their partner.

Learning to communicate effectively is one of the main objectives in therapy, so that negative assumptions about the couple or about the state of the relationship are not made. Finally, the therapy focuses on facing the problems of the past that can be the cause of problems in the current relationship.

Writing letters to family or friends and reading them aloud to the therapist is a way to confront the person’s source of fear, and viewing the confrontation can be very helpful.

Can one transform the avoidant attachment into a secure one?

Fortunately, these people do not have to stay locked in these defensive strategies that they have formed early in their lives. There are many experiences throughout life that provide opportunities for personal growth and change. Although the patterns of attachment formed in childhood tend to persist throughout life, it is possible to acquire a secure attachment at any age.

An essential way to do this is to make sense of your story. Research on attachment shows that the best predictor of a child’s attachment security is not what happened to their parents when they were children, but to know how their parents made sense of those childhood experiences.

The key to making sense of experiences is to write a coherent narrative, which helps to understand how experiences in childhood are still affecting the person’s current life.

Therapists help the adult through the process of creating a coherent narrative to help him build a healthier and safer attachment and to strengthen the personal sense of resilience. When a coherent narrative is created, the brain becomes “wired” to cultivate greater security for the person and their relationships.

Being involved in a long-term relationship with someone who has a secure attachment type is a good first step toward change. The other way is through therapy; The alliance or therapeutic relationship offers a safe place to explore the history of attachment and create a new perspective to see ourselves, others and relationships in general.