The Parkinson ‘s disease is a neurodegenerative disorder that affects the nervous system and alters brain function.

Normally this disease is associated with motor symptoms such as tremor or stiffness due to its remarkable appearance.

However, this disease degenerates several brain regions, and can cause many more alterations than those that are connoted in the  movement.

In this article we will talk about the characteristics of this disease, its causes and current treatments. 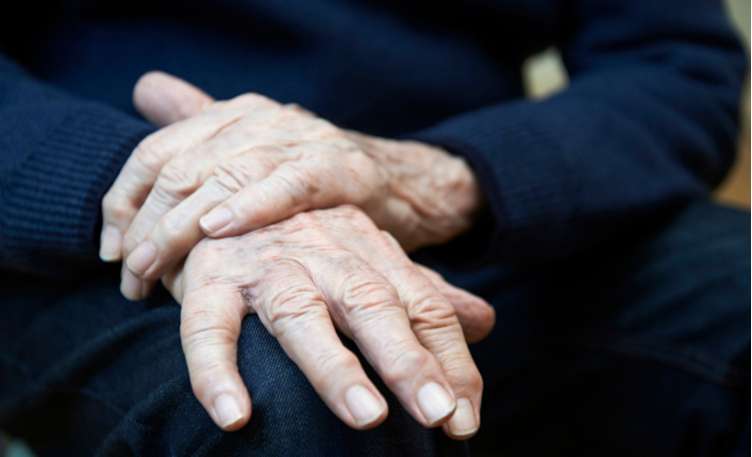 The first description of Parkinson’s Disease (PD) was made in 1817 by the physician James Parkinson, calling it “agitated paralysis”.

Subsequently, the neurologist Charcot gave him the current name of Parkinson’s Disease.

PD is a neurodegenerative disease that affects the nervous system, damaging the dopaminergic neurons of the substantia nigra. ‘

This type of neurons (modeled by a substance called dopamine) perform a large number of brain activities, among which the control of  voluntary movements.

However, the function of dopamine and the dopaminergic neurons of our brain is not limited to controlling motor functioning, they also  intervene in other mechanisms such as memory, attention, reward, sleep, mood and inhibition of pain. .

That is why, despite the fact that the main symptoms of PE are alterations in movement, this disease can also produce other types  of symptoms related to the functioning of these dopaminergic neurons.

In addition, it has been shown that PE also affects other substances beyond dopamine, such as serotonin, noradrenaline or acetylcholine, which  reinforce the idea that Parkinson’s can produce a large number of alterations.

In the same way, PE is a chronic and progressive disease, that is, there is currently no treatment to eradicate Parkinson’s disease, and as  the disease progresses, it usually manifests with greater intensity.

It usually originates around the sixth decade of life, affects men more than women and is considered the second most prevalent neurodegenerative disease  .

As we have said, the main symptoms of this disease are those that have to do with the coordination of movements.

The control of voluntary movements is carried out in our brain, through the dopaminergic neurons located in the black substance of the brain.

When Parkinson’s disease appears, the functioning of these neurons is altered and they degenerate gradually (neurons in this area  begin to die).

Therefore, our brain is losing mechanisms to perform this type of action, therefore, the messages of when and how to move are  transmitted in a wrong way, a fact that results in the manifestation of the typical motor symptoms of the disease.

This is probably the main symptom of PE, since 70% of people with this disease have tremor as the first manifestation.

This parkinsonian symptom is characterized by tremor when resting. That is to say: although the limbs can be still and without  performing any activity, they present tremor.

It is normal for them to appear on the extremities such as the arms, legs, hands or feet, but they can also appear on facial areas, such as the  jaw, lips or face.

This tremor is usually reduced when performing any specific activity or movement, and increase in situations of stress or anxiety.

Bradykinesia is based on the slowness of many Parkinson’s patients to perform the movements.

Due to the involvement caused by PD in dopaminergic neurons, the patient takes much longer to perform a task involving movement than  before the onset of the disease.

Bradykinesia can make it difficult to start movements, reduce its amplitude, or make it impossible to perform specific movements such as buttoning  , sewing, writing or cutting food.

PE causes the muscles to become more tense and can rarely relax properly.

In this way, the muscles (usually of the extremities) appear more rigid, shorten their range of motion, reduce the ability to turn.

Also, being always in tension is more likely to experience pain and cramps, and when the stiffness affects the muscles of the face is  reduced expressiveness.

Finally, although this is the least obvious symptom of PE, it can be the most uncomfortable for the person who suffers it.

As Parkinson’s disease progresses, patients may adopt a stooped posture, which contributes to the imbalance.

This alteration can produce instability in the patient and, therefore, increases the risk of falling in normal situations such as getting out of  a chair, walking or crouching.

Between 20 and 60% of patients with PD end up presenting a demential syndrome due to Parkinson’s disease.

This is because the degeneration produced by this disease and that is reflected in the motor symptoms, also alters the functioning of  brain mechanisms related to the cognitive abilities of the person.

Dementia due to Parkinson’s disease is characterized by motor and cognitive leniency, dysfunction of the ability to execute, and deterioration  of evocation memory (ability to recover information stored in the brain).

One of the first presentations of dementia caused by EP are frontal alterations, especially a generalized slowing  of mental processes (bradyphinia) is connoted.

Likewise, in many cases it also highlights a notorious attention deficit and great difficulties to concentrate.

All this triggers a behavior characterized by the slowness of cognitive tasks and an increase in the time of information processing,  that is, patients with PD are less agile mentally and need more time to learn.

In more advanced stages there are visuoperceptive deficits (the ability to recognize stimuli decreases), and memory deficits, especially the  ability to learn and recall past events.

As regards language, it becomes more monotonous and slower, and problems in the articulation of words ( dysarthria ) can occur.

Finally, in advanced stages, temporary disorientation appears (not remembering the day, week, month or year in which one lives) and spatial (not knowing how to  orient oneself in the street). Personal orientation is normally preserved.

Patients with PD often experience fluctuations in mood and, on many occasions, depression appears as a major symptom.

In fact, between 25% and 70% of patients with Parkinson’s disease present a depressive picture at some point.

This fact is explained because the dopaminergic system that degenerates PE is closely related to reward systems and therefore plays a fundamental role  in the establishment of mood.

In fact, when a person eats when he is hungry, drinks when he is thirsty or performs any pleasant activity there is a release of d opamina in the brain, which produces a sense of well-being and gratification.

Therefore, since PE produces a reduction of this substance in the brain, it is expected that patients with this disease have a greater  tendency to suffer from depression.

Depression caused by PE is characterized by high levels of dysphoria, pessimism and constant irritability, and experiencing anxiety.

However, thoughts of guilt, self-reproach and feelings of low self-esteem are very rare , symptoms that are often very  common in other types of depression.

The idea of ​​autolytic or suicidal is usually very present in the depressions of EP, while the consummated suicide is very rare. Rarely  delusions occur and when they do they are usually a side effect of the medication.

Likewise, the symptoms of depression in Parkinson’s disease contribute to the person having little motivation for things, further slow down  their movements and exacerbate their lack of concentration, the slowness of thinking and alterations in memory.

The sleep disorders are a typical problem in Parkinson’s disease.

Its mechanisms of appearance are unknown but it seems that this type of disorder could be caused in part by Parkinson’s disease itself, and  partly by the antiparkinsonian treatment that these patients receive.

Insomnia and fragmentation of sleep often appear with frequent awakenings during the night.

Another problem also common in PD is daytime sleepiness, and may appear, although more occasionally, very vivid dreams and nocturnal vocalizations  .

Apart from these symptoms, PD can present hallucinations and delusional ideas of jealousy or prejudice, and impulse control disorders such as  hypersexuality, gambling, compulsive shopping or binge eating.

Other less common presentations are pudding (performing a task or hobby in an addictive way) and dopaminergic dysregulation syndrome ( compulsively taking  antiparkinsonian mediation).

Currently the cause of Parkinson’s Disease is unknown, however, as with most neurodegenerative diseases, there is  some consensus in ruling that its appearance is due to the combination of genetic and environmental factors.

Regarding genetics, certain mutations have been discovered in different genes that seem to be associated with having a greater susceptibility to  develop Parkinson’s Disease. Between 15 and 25% of patients have a family member with PD.

However, it seems that the genetic component only predisposes the person to develop the neurodegenerative disease and not to develop it.

Therefore, it is believed that certain environmental components also seem to be associated with PE and can act as risk factors. These are:

Parkinson’s disease has no cure but it can be effectively controlled through the following interventions, evidently under the supervision  of a medical professional: