The Bibliophobia is the response exaggerated and irrational fear of books or reading specific texts.

This kind of phobia is caused by negative experiences with books, or reading, which can be generated by lack of understanding of the text, neurological disorders developed in early childhood, mockery or some type of physical and psychological abuse for not reading correctly …

This phobia produces diverse symptoms such as excessive sweating, anxiety and tremors that cause discomfort and significant difficulties in the environments where the individual develops.

The term bibliophobia is known since antiquity. It is found in texts from the 18th century, where it was believed that the irrational fear of books came from multiple factors such as: restrictions, lack of reading, superstitions, prudery, jealous apprentices, pedantry and political fears.

It was also believed that it was caused by the absence of experiences with books during childhood, although they had discovered that there were cases of children who had been exposed to books and similarly presented bibliophobia. That is, these experiences did not immunize this phobia.

In addition, it was believed that this resounding rejection was originated by the lack of freedom to choose a book, since previously they were not allowed to read all kinds of texts. There were banned books because their content went against the beliefs of a society or culture. In the same way, there were obligatory readings that allowed indoctrination.

According to Jackson (1932), this phobia was caused by superstitions, since there were people sacrificed for their knowledge, like Galileo during the Inquisition. Likewise, it was also fostered by the pedantry of certain renowned writers, who preferred to find the necessary means to prevent the emergence of a new knowledge that denies one that they had proposed.

In addition, this was also caused by political fears, to experiment and observe how libraries were burned, hinting that if you decided to opt for those readings your life could be in danger.

At present, where the restrictions are much lower, scientific advances have been able to demonstrate other causes to generate bibliophobia.

Bibliophobia is associated with traumatic experiences of childhood, such as abuse or bad experiences with a literary genre.

These experiences may be related to some physical or psychological abuse – bullying – that is exerted on the child because of his difficulty in reading.

Negative experiences may be associated with a literary genre or subgenre. For example, with a book of suspense that produces anxiety and fear in the child, generating an irrational terror or generalized imminent rejection. 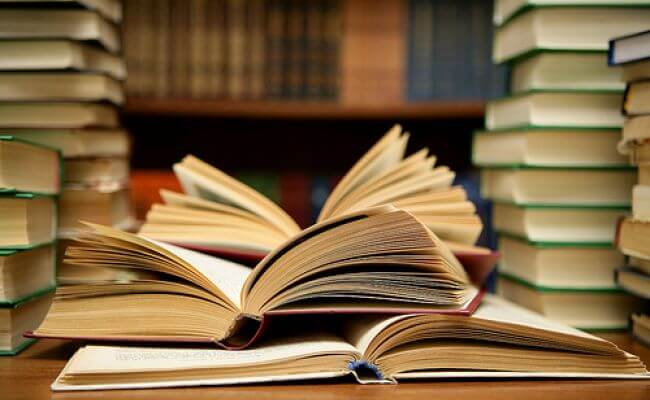 Undercover illiteracy can also be a trigger for bibliophobia. Certain people who do not know how to read properly prefer to omit it because of embarrassment or avoid a supposed rejection.

Interest of the individual

It will also depend on the interests of the individual and the understanding of the text. If we instigate the person to read books that are not at their level of knowledge, or their interest in them is null, is likely to develop aversion to these texts, as others of the same gender.

One of the causes of higher incidence could be an erroneous diagnosis or an unrealized diagnosis.

That is to say, in some children, bibliophobia can be presented due to the difficulty they have in reading, which can be the product of a neurodevelopmental disorder such as: specific learning disorder ( dyslexia ), attention deficit disorder with or without hyperactivity, of communication and intellectual disability.

In addition, we can find reading difficulties in children with language development disorder:

Disorders with which it is related

The bibliophobia can be related to disorders such as: epilepsy, Alzheimer’s, schizophrenia or bipolar disorder.

People with bibliophobia feel irrational fear or hatred of books or reading, as mentioned above. The most common symptoms are:

In the bibliophobia apply multiple treatments used until today. As a primary treatment we have the medication, at the moment that the person is suffering from persistent and repetitive discomfort.

It is prescribed by a psychiatrist to decrease and decrease the symptoms that accuse the individual. It must be taken into account that the signs disappear for a certain time, while taking the appropriate medication, although the medication disorder is not cured.

The cognitive-behavioral work the “here and now”, directly with the symptomatology that the person is presenting. In phobias, relaxation, cognitive restructuring and gradual exposure are commonly used .

In the same way, within the cognitive-behavioral current, systematic desensitization is applied with greater success, where the therapist gradually exposes the person to his phobia. First, it takes place in a totally controlled environment, such as the office, then homework is sent home.

NLP is based on mental processes, and on the use and value we give to the word, that is, the way we express ourselves reflects the internal representations of our problems. In this current work is reprogrammed beliefs, behaviors and thoughts, making the person aware of their words, gestures and facial expressions that cause and trigger the irrational fear

Hypnotherapy is an alternative treatment based on relaxation, intense concentration and focused attention on one or several topics that you wish to treat to make a modification of thoughts, of emotions evoked by a particular situation or object, or to find the psychological cause of the disorder.

You must reach a very high state of consciousness that is called a trance. The therapist will guide the person in focusing their painful thoughts, emotions and memories to explore them and find the trigger for the symptoms.

Hypnosis is very used to recover thoughts and memories that are in the unconscious. However, there may be a danger of creating false memories without any therapeutic intent, so it is vitally important not to carry it out in psychotic or dissociative disorders. If it can be carried out in sleep disorders, eating disorders, onicofagia , anxiety disorders, depressive disorders, phobias, in substance-related disorders (tobacco, alcohol, etc.) and in pathological gambling .

Energy psychology is a therapy that is based on the mind-body connection. Therefore, it focuses on the relationship between thoughts, emotions, behaviors and the bio energetic system of the individual.

This current is the integration of the theory of meridian acupuncture, neurosciences, quantum mechanics and physics, biology, medicine, chiropractic and psychology. It has been used in anxiety disorders, depression, phobias, pain, stress …