The bufonophobia is excessive and irrational fear of toads. The word bufonophobia comes from the Latin bufo (toad) and the Greek phobia (fear). This phobia is different in each person in that the thought patterns (memories in the form of images, movies, sounds or dialogues) that are internally associated with the toads are different in each person.

However, symptoms such as uncontrolled anxiety, the inability to act normally due to it or the feeling that you must do everything possible to avoid the toads, are shared by most bufonophobes.

How to distinguish between fear and phobia?

Fear is an emotion that is often experienced when the safety or well-being of the person is threatened, and is generally considered a rational response to something that is threatening.

A person with a phobia can recognize that the person, animal or thing that causes fear is not a threat and is unlikely to hurt him. However, he is unable to overcome fear without help.

For example, most people experience fear when faced with a dog that is growling, barking, or foaming at the mouth. However, a person who is afraid to approach any dog ​​(even if tied, behind a fence or sleeping), as well as the barking of a dog in the distance, probably has a phobia of dogs or cynophobia.

Phobias can develop at any stage of life, and although it is not known what is the exact cause that causes them, if it is known that their appearance is due to the combination of different factors (learning, genetics and traumatic events).

Among the possible causes of bufofophobia we can find the fact that there are toads that are poisonous. For example, the giant toad emits a type of poison that can kill both people and animals. Because of this people tend to generalize assuming that all toads are poisonous.

The toad encastado can be another possible cause of this type of phobia. Even though the toad is really a lizard, it has an appearance that makes people frightened when they see it, or simply by thinking about it.

The association that exists between this type of amphibian and witchcraft may be another reason for the appearance of bufofophobia. In this type of esoteric practices the toads were used in potions in which supposedly it was converted to the person who took it in said animal as a form of punishment. Therefore, those who have these beliefs can develop an intense fear of toads.

Finally, this type of phobia can be preceded by another that is widespread, such as ranidaphobia (phobia of frogs). When the sense of fear or fear is attributed to the batrachians in general, without distinguishing between species or subspecies, it is called batraciofobia. 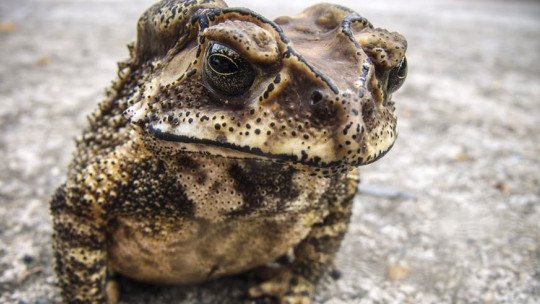 The best way to treat any type of phobia is with an early diagnosis, since repetitive avoidance behaviors often generate greater discomfort in the individual’s daily life. Therefore, when the normal behavior of the person is affected, professional help is the most appropriate.

In addition, depending on the complexity of the phobia, the type of therapy will vary. In the case of phobias simpler or less rooted in the subject, exposure to the phobic object is the best form of treatment. On the other hand, more complex phobias require more time and effort on the part of the patient, and the techniques used can vary.

One of the most used in this type of case is cognitive-behavioral therapy . This type of therapy helps patients to reconsider the way in which they process stressful events, in turn providing new, more constructive ways of dealing with the anxiety that such events cause them.

In addition, cognitive-behavioral therapists encourage their patients to look for possible causes of their anxiety, so that their response can shed some light on the origin of the phobia in question.

Another type of treatment very used is that of group therapy. This type of therapy consists of the meeting of a group of people who have similar problems, in this case related to a phobia.

The main advantage of this type of therapy lies in the fact that the members of the group motivate each other during and after the sessions, and it serves as a support in that they share their problems with people who understand what they are doing. they are happening

Finally, in some cases the treatment of phobias includes a combination of medication and therapy. The three main types of medications that are prescribed to treat the anxiogenic aspects related to phobias are antidepressants, beta-blockers and tranquilizers, as well as medications that regulate serotonin levels in the brain.

Also Read: 10 Side Effects of Quitting Smoking (and how to treat them)

In short, treatments for phobias are a gradual and controlled way to reduce anxiety and help people to develop new ways of thinking and behaving that promotes well-being and vital fulfillment.

Other phobias related to animals

Zoophobia is intense fear or phobia towards any animal species. However, as we have seen, phobia usually is related to a specific animal, receiving different names depending on it. Therefore, below we will present a list of those phobias related to animals.

12 Curiosities related to other types of phobias