The most important consequences of divorce in children are the possibility of the appearance of psychological disorders, damaging personal relationships, creating feelings of guilt, imitation of negative behaviors, inciting drug use, stress or causing a worse academic performance.

Currently, the separation and divorce of couples with children is very common and seems to be on the rise. This fact can have negative effects not only for the children but also for the parents themselves.

Consequences of divorce in children at a general level

Although later we talk about some consequences that exist specifically depending on the age the child has when the separation occurs, we will now break down those that usually occur in a general way in children:

It also occurs in the opposite case, although less frequently since it is usually the mothers who usually take custody of the children.

On the other hand, the children of parents who are in conflict to distract their parents can develop psychological symptoms in order to pay more attention.

Specifically, children from single-parent families in charge of the mother may present higher scores in aggressive behaviors, antisocial behavior, criminal behavior and alcohol and drug consumption (Canton and Justice, 2002). 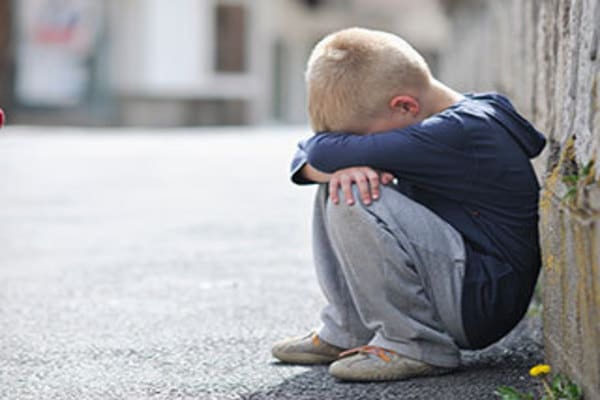 This is his head has those feelings towards the parent who has been left in charge, since he blames it for causing the departure of the other. Normally in most cases, it is usually towards the mother since they are the ones who get custody most of the time.

In these cases, this may be because the child still does not understand what is happening and thinks that his father or mother has abandoned him. As we will see later, they tend to think that it was their fault.

What effects can it have based on the age range of the children?

Depending on the age range at which it occurs, we can also talk about individual consequences for each one of them. However, as is logical, we can not classify the consequences to each of these, since there will be many that also occur in one or the other regardless of age.

Therefore, we present the ones that tend to stand out the most:

In children from 1 to 3 years old

Although we have briefly developed some consequences that children may experience due to the divorce of their parents both in general terms and based on the age ranges. We have to keep in mind that everyone faces this fact differently due to their personality and temperament.

Therefore, not all children will present all the consequences we have explained here in the same way, nor do all those who go through a divorce process have to be so affected by this fact.

Some recommendations for parents in the process of divorce

For children, a divorce process is a traumatic event that can even mark a before and after in their lives. However, it is up to the parents to make this happen or, on the contrary, minimize its consequences as much as possible.

Here are some general recommendations that can help you avoid your child suffering more than he should:

It would be advisable to agree on the parenting guidelines that will be followed from now on with your partner so that there is a stable environment and not harm the mental and physical development of the child.

Trying to avoid this type of action will reduce the level of anxiety not only of your child but also of the family in general.

As you can see, the divorce process can have many negative consequences for the child. This is the great victim of this process that, if it is not dealt with naturally, can affect and change the way you see the world and relate to your environment. As fathers and mothers, we must try to minimize these possible consequences and try that this process does not affect our son so much.

On the other hand, each child is different because of their personality and temperament. This will cause everyone to react to this fact in a different way, not showing all the effects we have mentioned here both in general and by age.

Finally, it is important that we mention that not only a divorce can be a traumatic event for our child. It can be the same or even more growing to see that parents are arguing all day without control or have nothing in common.