The depersonalization disorder is characterized by the experimentation of serious feelings of unreality that dominate the life of the person and that prevent normal functioning in life.

Depersonalization and derealization sensations may be part of a variety of disorders – such as acute stress disorder – although when they are the main problem, the person meets the criteria for this disorder.

People with this disorder may present a cognitive profile with deficits in attention, short-term memory or spatial reasoning.

They may be easily distracted and have difficulty perceiving three-dimensional objects.

Although it is not precisely known how these perceptual and cognitive deficits develop, they appear to be related to tunnel vision (perceptual distortions) and mental void (difficulties in capturing new information).

In addition to the symptoms of depersonalization and derealization, the inner agitation created by the disorder can lead to depression, self-harm, low self-esteem, anxiety attacks, panic attacks ,  phobias …

Although the disorder is an alteration in the subjective experience of reality, it is not a form of  psychosis , since people who suffer it retain the ability to distinguish between their own internal experiences and the external objective reality.

While derealization or depersonalization episodes may occur in the general population, the disorder is diagnosed only when the symptoms cause significant discomfort or problems in the workplace, family or social.

Persistent episodes of depersonalization and derealization can cause discomfort and malfunction at work, at school, or in other areas of life.

During these episodes, the person is aware that their sense of detachment are only sensations, not a reality.

In some people, these episodes become permanent emotions of depersonalization or derealization that may improve or worsen.

In this disorder, the sensations are not caused directly by drugs, alcohol, mental disorders or other medical condition.

In ICE-10, this disorder is called depersonalization-derealization disorder. The diagnostic criterion is: 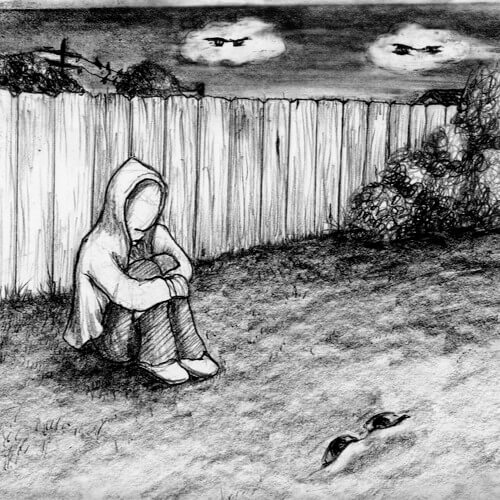 The diagnosis should not be given in certain specific conditions, for example in alcohol or drug poisonings, or together with schizophrenia , mood or anxiety disorders.

The exact cause of this disorder is not known, although biopsychosocial risk factors have been identified.

Also read : What is Somatization Disorder?

The most common immediate precipitators of the disorder are:

Not much is known about the neurobiology of this disorder, although there is evidence that the prefrontal cortex could inhibit neural circuits that normally form the emotional substrate of the experience.

This disorder may be associated with dysregulation of the hypothalamic-pituitary-adrenal axis, the area of ​​the brain involved in the “fight or flight” response. Patients demonstrate abnormal levels of cortisol and basal activity.

In some cases, the use of cannabis may lead to dissociative states such as depersonalization and derealization.

Sometimes these effects can remain persistent and result in this disorder.

When cannabis is consumed in high doses during adolescence, it increases the risk of developing this disorder, especially in cases in which the person is predisposed to psychosis.

Cannabis-induced depersonalization disorder usually occurs in adolescence and is more common in boys and in ages between 15 and 19 years.

Depersonalization disorder lacks effective treatment, in part because the psychiatric community has focused on research on other diseases, such as alcoholism.

A variety of psychotherapeutic techniques, such as cognitive-behavioral therapy, are currently used.

In addition, the effectiveness of drugs such as selective serotonin reuptake inhibitors (SSRIs), antivonvulsants, or opioid antagonists are being investigated .

It is intended to help patients reinterpret the symptoms in a non-threatening way.

It has been found that antidepressants, benzodiazepines, and antipsychotics are not useful.

There is some evidence supporting naloxone and naltrexone .

A combination of SSRIs and a benzodiazepine has been proposed to treat people with this disorder and anxiety.

In a 2011 study with lamotrigine it was found to have efficacy when treating depersonalization disorder.

Modafinil has been effective in a subgroup of people with depersonalization, attention problems and hypersomnia .

When to visit a professional

Momentary sensations of depersonalization or derealization are normal and are not causes of concern.

However, when they are frequent, they can be a sign of this disorder or another mental illness.

It is advisable to visit a professional when you have sensations of depersonalization or derealization that: