The World Health Organization (WHO) defin modify one or more functions of it, capable of generating dependence characterized by the drive to take the substance continuously or periodically, to in order to obtain its effects, and sometimes, to avoid the discomfort its lnes drugs as “any substance that introduced into the living organism, caack”. 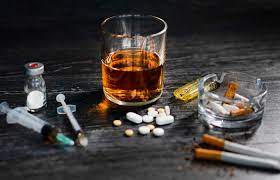 Berjano and Musitu in 1987, concluded that for a substance to be considered as a drug it must meet the following characteristics:

It is important to bear in mind that not all substance use is the same and does not imply the same risks and consequences. There are different patterns of consumption: experimental, occasional, habitual, compulsive or drug dependent. Not all consumption is by definition a dependency.

Symptoms and effects of drug use

The symptoms of consumption vary depending on the substance, so we are going to detail the short and long term effects of each of the most common substances .

Its smoke contains some 4000 chemical substances, among them: nicotine, irritants, carbon monoxide and tars, many of them potentially carcinogenic and harmful to health.

It is a central nervous system depressant and acts by blocking the functioning of the brain system responsible for controlling inhibitions. The main component of alcoholic beverages is ethanol.

Due to the great acceptance that it has in addition to the marked social character, it allows to give consumption patterns that are considered normal, even if they are excessive.

They are a group of substances with the ability to enhance to a greater or lesser extent different actions of the central nervous system. The main xanthines are caffeine (found in coffee), theophylline (in tea leaves) and theobromine (in cocoa).

The benzodiazepines are the most useful group of drugs, more widely accepted for treating anxiety states.

They are compounds derived from the Cannabis sativa plant, and their chemical components are complex and varied, being the most known cannabinoles.

They are substances capable of causing alterations in the perception of the subject that consumes them. The best known is LSD, but there are many more types of hallucinogenic drugs .

Its main action is to enhance the activity of the central nervous system. Initially they were used as drugs for the treatment of narcolepsy or Parkinson’s among others.

They are a set of psychoactive substances  that are made by chemical synthesis in clandestine laboratories.

Some are made from drugs that were withdrawn because they have no therapeutic use. These substances have an additional toxic potential due to the amount of adulterants that are used. The best known is ecstasy.

Cocaine derivatives are obtained from the coca leaf, a plant that was traditionally used by South American Indians, but their consumption patterns have undergone a great variation since then.

Its consumption is widespread, although in principle it was associated with well-off social classes. The main substances are cocaine, crack and free base.

They are a set of substances derived from the opium plant with a powerful depressant and @nalgesic action on the central nervous system.

They also have the capacity to generate tolerance and dependence quickly. Among these substances, the best known are opium, her0in , methadone, codeine and morphine.

Long-term effects : anorexia, constipation, cardiac and circulatory disorders, infections, absence of menstruation and complications for the use of the parental route (derives in diseases such as AIDS or hepatitis).

They are the group of chemical substances with diverse industrial or domestic applications that, although in Europe their consumption is not very widespread, they are widely used in other countries.

The most important substances are those derived from petroleum: lacquers, paints, stain removers or plastic glues.

Risk factors in drug use

In the case of drug use, a series of factors have been established that may predispose or increase the likelihood of their appearance. It is a multi-causal phenomenon, in which the main factors are:

Factors related to the substance

The substance is not in itself a fundamental element, but it acquires importance insofar as it is used by the person with a specific function. Because of this, and because of the chemical composition and habits and consumption patterns, they make the consequences of the intake vary in each person.

Factors related to the environment

Consumption is affected by the sociocultural environment in which the person lives and more specifically by their closest environment, that is, the family, the group of friends, work, etc.

Among the main factors related to the environment we can find:

Among the main related factors are:

Data on current consumption in Spain

The results of the surveys and studies carried out in the country on drug use indicate the following: