The hallucinogens are a type of drugs being consumed can cause some hallucinatory experience or distortions of reality.

In fact, this type of drugs integrate what are denominated as substances disturbing of the central nervous system, that is to say, they are drugs that when they arrive at the brain they provoke alterations in their petrochemical functioning.

However, the effects that can produce this type of substances are multiple. Also, there are different types of hallucinogenic drugs, some more addictive than others, each with certain characteristics and certain effects.

What are hallucinogen drugs?

Hallucinogenic drugs are substances that when consumed affect in a particular way the capacity that people have to perceive reality, and can cause severe sensory disturbances or even hallucinations very vivid.

Thus, the consumer of this type of substances can suffer distortions of their perception, diminished ability to distinguish between reality and fantasy, and suffer an increase in the intensity of their emotional reactions. 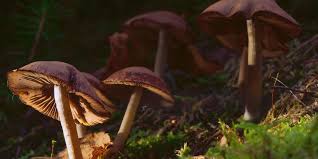 In fact, the strong impact these substances can have on a person’s perceptual systems can cause him to move from one mood to another quickly.

On the other hand, it is noteworthy that when a hallucinogenic drug is consumed, its effects are unpredictable, ranging from hallucinations, withdrawal from reality, exaltation or even violent movements or panic reactions.

Thus, although each hallucinogenic drug contains certain characteristics, the effects it can have on a person when consumed depends on a large number of factors that cannot be predicted.

This great variability of the effects of hallucinogens is not usually present in other, more predictable drugs.

For example, the effects of alcohol intoxication, tobacco use, or even the administration of hard drugs such as cocaine  are often better known and, above all, less unpredictable.

However, what is known about hallucinogenic drugs is a good part of its mechanism of action when it is introduced into the brain.

Hallucinogens produce their effects through an interruption of the interaction of nerve cells and the serotonin neurotransmitter.

This substance (serotonin) is distributed in many regions of both the brain and spinal cord, and is responsible for performing multiple brain tasks.

The control of behavioral systems, perception, regulation of mood, hunger, body temperature, sexual behavior or muscle control, and sensory perception are activities that are subject to the activity of serotonin.

Also Read: Is it true that alcohol kills neurons?

Thus, when we insert a drug into our brain that can so strongly modify serotonin function, it is expected that any of the functions described above may be altered.

Where do hallucinogens come from?

Most hallucinogenic drugs come from fungi that are grown very often in Latin American and African countries.

Thus, mescaline is extracted from fungi such as Peyote cultivated in Mexico. Another important fungus in the Age, which comes from the Gabon plant, also known as Tabernate biogas , which is grown in Colombia and from which ibogaine is extracted .

In Europe can also find plants with this type of properties as the Amanita Muscatine, a hallucinogenic mushroom used in various rituals.

Regarding the consumption of this type of drugs, the hippy movement must be remarked as “the time of discovery” of hallucinogens.

With the rise of the hippy movement, the hallucinogens consolidated as a way of self-exploration and introspection that allowed the person who consumed it to come into direct contact with mental mechanisms of the unconscious.

Nowadays, these theories connected with the mystical philosophy have been partly abandoned, and the consumption of hallucinogenic drugs has adopted a more recreational and inciting meaning to evasion.

At present, the most commonly consumed hallucinogen in Europe is the diethyl miner of the allergic acid, popularly known as LSD.

However, LSD is not the only drug with hallucinogenic properties, as there are many others capable of producing these effects in brain functioning.

Thus, it has been agreed to indicate 6 different types of hallucinatory drugs: LSD, mescaline, ecstasy, phencyclidine, cannabis derivatives and dimethyltryptamine.

LSD is the most well-known hallucinogenic drug. It is a white, odorless and water soluble material that is synthesized from lysergic acid, a compound derived from rye fungus.

Initially, LSD is produced in a crystalline form, i.e. it is a pure crystal that can be ground to be converted into powder.

Also, the drug that is obtained can be mixed with binding agents and acquire a form of tablets which are known in the popular way as trips.

On the other hand, LSD can be dissolved and diluted, and applied to a paper or other materials, which must be sucked to be consumed.

Finally, the most well-known form of LSD for its consumption is known as “blotter acid”, which consists of impregnating sheets of paper with the substance of the drug, and perforating them in square units.

As we can see, the forms that can acquire this drug are multiple; however the effects it causes are very similar.

In fact, regardless of the form of consumption of LSD, it is the most potent hallucinogen known today, which can alter mood and perceptual processes very easily.

Also, the effects of the drug are usually very long-lasting. Consumption of low doses of LSD (30 micrograms) may produce effects that last for 8 to 12 hours.

As discussed above, the effect of this drug on the brain is based on the disruption of serotonin receptors, known as 5-HT- receptors.

As we have seen, serotonin performs very important brain activities, being involved in processes such as thinking, perception, mood or behavior control, sleep and appetite.

Modifying the functioning of serotonin may thus induce sensations such as loss of reality, perceptual alterations, hallucinations, or abrupt mood changes.

LSD users refer to the effects of the drug as “travel,” which can be both good and bad. In fact, the effects of this substance are so unpredictable that it is practically impossible to know before consumption whether the effects it will cause will be pleasant or unpleasant.

This is because the modifications that LSD can make on the internal functioning of serotonin can produce both sensations that are experienced as pleasant or unpleasant.

On the other hand, it is possible to emphasize the great emotional alteration that produces this drug, which can make that the consumer varies rapidly from sensations of midi to feelings of euphoria.

As far as hallucinations and perceptual distortion are concerned, these effects usually appear with LSD consumption.

In fact, LSD has dramatic effects on the senses. Colors, smells and sounds are often intensified sharply, and in some cases the phenomenon of synesthesia may appear where the person believes to hear the colors and see the sounds.

Finally, it must be taken into account that the consumption of LSD can lead to the onset of psychotic disorders due to intoxication, as well as persistent perceptual disturbances due to hallucinogens.

Mescaline is an alkaloid of the phenyl ethylamine group with hallucinogenic properties.

The most popular form of consumption of this drug is by immersing or chewing peyote buttons. However, mescaline can also become a powder and even consume it in the form of tea or other drink.

The effects produced by these substances are very similar to those just discussed about LSD, so that the great variability of the sensations that it can produce is maintained.

However, the effects of mescaline are usually longer lasting, lasting between 10 hours and 3 days.

At low doses, mescaline may produce feelings of relaxation, while the most common effects of LSD usually appear with the consumption of higher doses.

Likewise, it is suggested that this drug may cause less emotional disturbance than LSD.

Normally their consumption begins with feelings of euphoria, which is followed by feelings of relaxation and perceptive distortions.

At the moment, it is a drug little consumed with very unpredictable effects but its mechanisms of action is very similar to the one of the LSD reason why its consequences can be equally of devastating.

Ecstasy, also known as MDMA is an empathogenic drug that belongs to the classes of amphetamines and phenyl ethylamine.

Ecstasy is a stimulant drug, so it can produce some positive effects like mental stimulation, emotional warmth, increased energy or feelings of well-being.

However, these effects of the drug are not controlled, so the negative effects always end up overlapping.

Thus, ecstasy cannot be considered a benign drug since the adverse effects it can cause are manifold.

Most of them are common with LSD such as anxiety, restlessness, irritability, mood disturbances, altered appetite and sexual pleasure, and perceptual disturbances.

Likewise, the consumption of ecstasy has been shown to cause a clear cognitive decline. Studies with primates have shown how an ecstasy administration for 4 days provoked cognitive dysfunctions observable 6 years later.

The phencyclidine, known by its abbreviation PCP is a dissociative anesthetic drug that has both hallucinogenic effects.

Normally it can be known as angel dust, bad grass or peace pill and consists of a crystalline powder soluble in water or in alcohol that usually appears as a yellowish liquid, although it can also solidify and be consumed through tablets.

At the beginning of the last centuries this drug was used as a sedative due to its anesthetic effects; however its use was discontinued due to the hallucinogenic effects that it originated.

The effect of the drug usually lasts between 4 and 6 hours and usually causes sensations of euphoria followed by sedation, as well as sensorial distortions, especially touch and experience of hallucinations.

Cannabis comes from the cannabis sativa plant. Its main asset is THC, although it also has significant amounts of CBD. It is usually consumed smoked and although not considered as a hallucinogenic drug, can cause similar effects.

The structure of this drug is often complex, however, THC often causes elevated perceptual distortions and hallucinations, whereas CBD often causes feelings of relaxation, increased appetite, and drowsiness.

Acute cannabis poisoning can lead to severe reactions of suspicion, paranoia and panic, although the effects of the drug are often very variable, and although hallucinogenic alterations are not always experienced, they are often frequent.

The Dimetiltriptamina is a little known drug belonging to the tryptamine family. This drug can be consumed smoked as a free base as well as injected or inhaled.

Its effects usually last between 5 and 30 minutes and are based on hallucinogenic sensations through the experimentation of a great subjective intensity and the experience of very strong and very high hallucinations.