The impulsivity occurs when reacting to external stimuli extremely rapid and excessive way, without being able to reflect beforehand. Although it is a habit it can be controlled in children and adults.

It can be defined as a multi factorial concept that implies a tendency to act on a whim, showing a behavior characterized by little reflection, foresight or consideration of the consequences. Impulsive behaviors are often inappropriate, risky and with undesirable consequences.

How to control impulsivity

On the other hand, there may be a beneficial type of impulsivity that involves acting quickly without thinking about it, although in appropriate situations and supposed to have positive consequences. When these situations have positive results, it is not usually seen as a sign of impulsivity, but as speed, spontaneity, courage or cunning.

Although it can be a facet of personality, it can also be a component of various disorders: autism , ADHD , drug dependence , bipolar disorder , antisocial personality disorder and borderline disorder .

Acts and impulsive reactions are part of human nature and can be both positive and negative.

For example, an impulsive decision like to brake in dry when you are driving and you perceive that the car of your side is going to incorporate at once to your lane  can be a right or wrong decision.

It will be successful if the car on your side actually performs the action you perceive and braking dry you do not collide with it.

It will be wrong if the car on your side does not really perform the action you thought it would do and braking dry causes the car behind you to  hit you.

What I am trying to explain to you with this simple example is that the impulsive reactions are normal and many times necessary, however to realize them  carry a certain risk.

And they carry a risk because when you perform an impulsive action you do not use the thought at any time, since the reaction comes long before you  can think.

Therefore, when you perform actions of this type you do not have time to @nalyze in a suitable way if the action you will perform is adequate or not,  so you will not know the consequences of your act until after performing it.

Thus, the problem comes when we abuse impulsive behaviors and we are accustomed to respond in a hurry.

If you practice impulsively what you will be doing is betting all your actions on Russian roulette, never knowing if that reaction will be right or not.

Doing this will obviously lead to problems, since by not rationalizing reactions they will often be wrong.

In addition, impulsive behaviors are very associated with frustration, lack of control and aggressiveness, so if you respond impulsively you will  often do this type of behavior.

Therefore, one thing is clear, if we want to act in a proper way, to have appropriate behaviors and to avoid problems, we must function in  a rational way instead of an impulsive form. 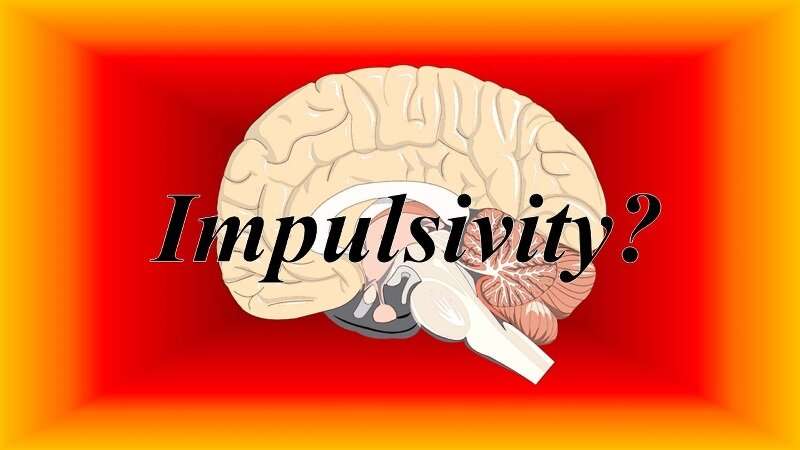 Learn to control your impulsiveness and to behave in a rational way with the ten steps that we explain below.

The first step you must take to control your impulsiveness is to realize that you must do it.

By this I mean that you must be aware that you have too much difficulty controlling your impulsive behaviors and you use them excessively.

If you are not aware of this you will never change your impulsive behavior and you will not learn to control it.

In any case, to leave doubts about whether your behaviors are too impulsive or you can not perform the following exercise:

When night comes, review all the behaviors and reactions you had during the day.

Give them all and describe how your reaction or behavior was, what you did, why and what consequences it has. Once you’ve done it, go over them one by one and think about them.

Have the reactions been impulsive or not? Did you respond in an extremely quick way and did not give yourself time to think about your behavior?

Has the behavior been appropriate or could you have done something else? Can you think of a quieter alternative to react?

What did you feel when you acted? Were you nervous, angry or angry? Could you have controlled your behavior or noticed that at that moment you could not do anything else?

Do this exercise for three or four days and if you come to the conclusion that there are several moments when you could act in a more calm and rational way with the second step.

Once you are clear that you must improve your ability to control impulsiveness, what you must do is learn to detect the stimuli.

To do this you can do the same thing we did in point one. Write down each one of your impulsive actions on a sheet and describe how they have been.

Once you have done think about them and ask the following question for each impulsive action: what has been the stimulus that has provoked my disproportionate reaction?

Once you have done with most impulsive behaviors draw your own conclusions, surely many of them already knew them before performing this exercise:

What are the things that usually trigger my impulsive behavior? It is very important that you are very clear about what these stimuli are, know them and be aware of them.

And is that if you want to be able to control your impulsivity, it will be essential that you know to detect in advance those situations of risk in which you are very likely to respond impulsively.

The next step is to know how to control the volcano so that it does not erupt, that is, to be able to stop your impulsive behavior in those situations that induce you to respond in that way.

In order to be able to control your impulsive behavior and that it does not appear, it is very important that you have done well the previous step, and you have been able to anticipate  that the situation in question can induce an impulsive behavior.

If you have managed to detect the situation as dangerous and you have prepared not to respond impulsively you will have many livestock.

And what makes it difficult to control impulsivity is that it is immediate, appears suddenly, and is so fast that we do not have time to act before it.

So, in order to control the volcano you have to be able to do two things that allow you to respond before impulsive behavior appears:

Once you are able to detect the moments in which you react in an impulsive way, you are ready to modify your type of response.

As we have said, the main problem of impulsivity is that it is immediate and prior to thought, so when it appears we do not have material time to stop it with thought.

So what we have to do to make this not happen is to learn to delay our response. This consists of getting used to letting a few seconds pass before reacting or acting.

This exercise should always be done, not only in those moments that you feel that you can respond impulsively, since the goal is that you get used  to always respond in a timely manner.

If you do, it will be much harder for your impulsive behaviors to appear. To do this you can do the simple exercise of counting to 3 before reacting.

Even though you can count up to 3 before reacting in all situations, your impulsiveness may appear equally.

And is that the exercises we have done so far allow us to gain time on impulsivity but not eliminate it.

However, if you have arrived here you already have a lot of cattle since the most difficult thing to beat impulsiveness is time. But now comes the important thing … What do we do with this time?

For the main objective is to be able to use it to appear our rational part, which will be in charge of controlling impulsivity. 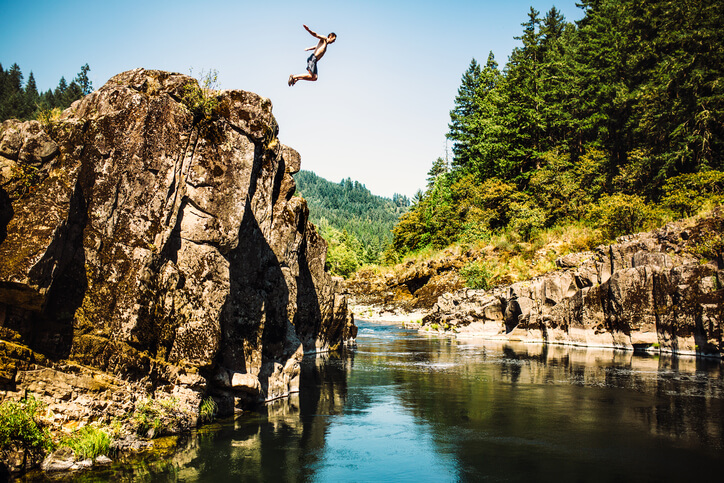 So, imagine a situation that prompts you to respond with impulsiveness. So far we have done the following:

But now what do we do?

Well convince yourself that the best way to respond is not with impulsivity.

To do it what you have to do is repeat self instructions like the following:

“Before I do anything I’ll think about it.”

“Is what I say now justified?”

“If I say what I’m thinking, will I be rushing?”

“What I’m going to do now is impulsive behavior?”

Impulsive reactions share a particular behavior, so if we manage to develop a type of alternative behavior every time we fear the onset of impulsivity will be less likely to appear.

For example, if every time you feel that you are getting angry you get used to self-instruction and to step back, you will increase your control over impulsiveness.

The self-instructions we have discussed, which you will use in moments of emergency, should serve not only to eliminate impulsivity, but to develop a different way of thinking.

So, when you’re at home, you should develop a much larger self-instruction list than the previous one.

The goal is to develop for yourself a series of key ideas that allow you to focus life in a more rational way.

In order to do so you can point out the advantages of working in a rational way, the inconveniences of being in a hurry, the problems that you have saved since  you do not react impulsively, in short, any ideas you have for acting in a calm and rational way.

These key ideas will serve to strengthen your belief about self-instruction and therefore these will be more effective.

One of the characteristics of impulsivity is that it activates and prepares our body to respond immediately to a given situation.

However, as we have said before, this does not have to be bad, since often being impulsive may prove to be beneficial.

So this activation can be really useful if you can channel it into regulated activities.

In addition, if we learn to use impulsiveness in appropriate situations we will have less control over it in all other situations.

So, to learn how to channel impulsivity properly I recommend you to do some kind of sport, since it is the most appropriate activity to  give way to impulsivity in a controlled way.

Likewise, in order to have a lower predisposition to impulsivity, it is desirable that you learn to acquire states of relaxation in a habitual way.

To do this, I recommend that you do the following exercise daily for about 10-15 minutes:

If you’re day to day is very stressful you will have a smaller capacity to properly carry out the nine previous steps that will allow you to control your impulsivity.

So, if you notice that stress invades your life, organize your activities and your time, and try to achieve the balance necessary to live more peacefully.

Take moments to distract you and relax, and try not to be doing activities without stopping.

If you do, you will acquire a more relaxed general state that will allow you to have a lower predisposition to impulsiveness.