The Italophobia is a specific phobia is characterized by fear that sexual erections. In this way, a person who has this type of phobia has very high levels of anxiety when he suffers a sexual erection in his body.

This psychological alteration causes a high discomfort in the person who suffers it, since it constantly fears the possibility of having an erection. Likewise, this peculiar fear originates a more than obvious sexual problem.

In this article we will talk about this peculiar type of phobia, we will explain its characteristics, its symptoms and its causes, and we will discuss the psychological treatments that can be used to intervene this type of problems.

It is a psychological alteration that is part of the anxiety disorders known as specific phobias.

Specific phobias are characterized by experiencing an intense and persistent fear in relation to a specific situation or object that usually causes extreme discomfort.

In the case of Italophobia, this fear is limited to situations in which the person experiences an erection in their sexual organs, that is, in the penls.

In this way, the person suffering from itifalofobia does not have a sexual alteration but an anxiety disorder.

This first conceptualization is important, because due to the characteristics of this specific phobia, the terms can be confused and associate the anxiety experienced with a disorder of sexual origin.

Thus, while the phobia of spiders or blood are diseases that are easily associated with states of anxiety, it may be somewhat more ambiguous.

In fact, when a person suffers from this type of phobia, it is also important to take into account the consequences at a sexual level that the anxiety experienced during the moments in which an erection occurs.

However, the origin of the anxiety is not based on a sexual alteration but in an anxiety disorder, so that the sexual alteration suffered in these situations should be interpreted as a consequence of the disorder rather than as a cause or the disease itself.

Thus, when we speak of itifalofobia we refer to a specific phobia to situations in which an erection is experienced in the penls.

Now … What exactly is a specific phobia? What are the characteristics of these anxiety disorders?

What are specific phobias?

Before explaining the term of specific phobia, it should be noted that the experience of fear is very common in humans and, in addition, it deals with a totally normal situation with a high adaptive component.

In fact, very surely, without the experiences of fear and pain, the human species as well as many other species would not exist today.

In this way, fear, along with other emotions such as anger, fulfills an important preventive value in the face of the damage that the individual may suffer.

When we speak of adaptive fear, we refer to a set of sensations that are set in motion as a normal response to real dangers.

However, when the fear response appears in situations in which there is no real threat, we can no longer speak of adaptive fear.

It is precisely at this point that the term phobia appears, that is, when we describe undesirable fear reactions.

Specific phobias can be of many types: phobias to animals, environmental phobias such as atmospheric phenomena, precipices, etc. Phobia to the blood or to the wounds, phobia to concrete situations like elevators, airplanes or closed enclosures and another type of phobias like phobia to vomit, to contract diseases, etc.

As we mentioned, some types of specific phobias are better known and more prevalent than others.

Thus, the phobia of spiders, blood, airplanes or heights are popularly known alterations, while other types of phobias such as the Italophobia that concerns us in this article can be more strange and more ambiguous.

However, the characteristics of all types of phobias are practically identical and the only thing that varies is the dreaded object. 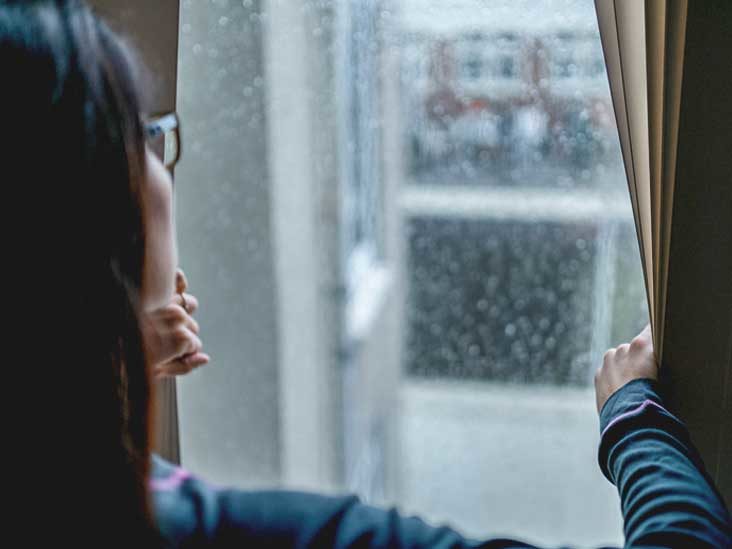 The fear experienced by all types of specific phobia have a series of common characteristics:

In addition, this name of specific phobias has been used to refer to all those phobias in which the reaction of fear is circumscribed or focused on specific objects or situations.

However, it should also be noted that the level of deterioration of this anxiety disorder may be minimal or may be very high.

In this way, a phobia of spiders can produce a minimum disturbance to the person suffering from it, since they will only experience a type of fear such as the one we mentioned earlier when they see or are near a spider, a fact that can happen very few occasions.

In contrast, other types of phobias can be much more disabling. A clear example is the specific type of phobia we are talking about here, itifalophobia.

The person with itifalofobia will not present the response of extreme fear of occasional form as who has phobia to the spiders, but it can experience it much more often.

Thus, itifalofobia produces extremely high levels of anxiety every time the person suffers from an erection, a fact that may be more or less frequent in each person, but which translates into a sexual alteration that is more important and incapacitating.

Likewise, phobias are characterized by being accompanied by avoidance behavior, that is, the phobic person systematically tries to avoid the dreaded object.

This aspect of the disorder can also have a minimal impact, for example, on the person suffering from spider phobia, since it will simply limit itself to avoiding these animals, a fact that in principle does not have to affect the life of a person.

However, in the itifalofobia this aspect is again more disabling because the person suffering from this disorder will systematically avoid any sexual practice and any situation that can induce a state of excitement that results in an erection.

Thus, phobias, despite being very similar, can also be very different in terms of their impact on the life of the person who suffers.

In this sense, itifalofobia is one of the most disabling specific phobias, which produce greater discomfort and which can have a more negative impact on both the quality of life and the functionality of the person.

The Italophobia is characterized by experiencing an extreme anxiety reaction in those situations in which the person has an erection.

In this way, to be able to speak of itifalofobia, the symptoms of anxiety that we will comment next must take place in these specific situations.

The main symptoms that a person with ityphalophobia presents in the situations in which he suffers from an erection are the following:

There is an activation of the sympathetic nervous system in response to coping or the anticipation of an erection.

In this activation there are usually palpitations, sweating, tremor, dyspnea, nausea, feelings of unreality, feeling of instability, fear of dying, fear of going crazy or chest discomfort.

A person with itifalofobia will not present, as normal, all these symptoms when exposed to their feared situation (erection of the penls) but they will experience most of them.

The other main symptom that people with Italophobia present is the avoidance or minimization of contact with the feared situation.

The person will try to avoid at any moment any situation that can produce an erection in order to avoid the appearance of anxiety symptoms, which are experienced as unbearable for the person.

This fact causes that the person with itifalofobia is totally incapable to maintain sexual relations since this practice involves an erection of the penls, reason why as we have remarked the itifalofobia is a disorder that implies a high deterioration.

Likewise, situations and times in which a person may suffer an erection are usually not entirely predictable, so that the person with itifalofobia can have a fairly high surveillance state during a large number of situations to avoid their phobic objects .

How is it diagnosed?

Despite the fact that Italophobia is characterized by the presence of anxiety and avoidance behavior in situations in which an erection can occur, in order to be able to make the diagnosis, the following criteria must be met:

What are its causes?

Nowadays, there is no known specific factor that causes the appearance of Italophobia.

It is argued that there is a certain genetic load in this disease, however this factor does not explain the totality of the pathogenesis of itifalofobia.

On the other hand, the presence of learning factors is defended. It is postulated that classical conditioning (pairing of an initially neutral stimulus with an aversive stimulus) plays an important role in the development of itifalophobia.

Likewise, it is postulated that specific phobias can also be acquired through verbal information and vicarious learning.

It is generally understood the Italophobia from a biopsychosocial point of view in which the phobic fear is the result of the interaction of biological, psychological and social factors.

The itifalofobia is a psychological alteration that can be addressed through psychotherapy.

In this sense, cognitive behavioral treatments have been shown to be effective as they reduce the fear experienced in phobic situations.

In general, these treatments have two main techniques: relaxation and exposure.

The relaxation reduces activation of the body and nervousness, so the person gets a state of calm that gives you greater ability to cope with the feared situation.

The technique of exposure on the other hand is based on the theory that the fact that maintains the phobia of the erection is not the fear itself, but the avoidance behaviors that are performed with respect to the phobic object.

In this way, if the person manages to approach the feared situation and learn to control their anxiety states through relaxation, the phobia ends up disappearing or diminishing.

Likewise, in some cases cognitive techniques are also used with the aim of eliminating false beliefs about the phobic object.