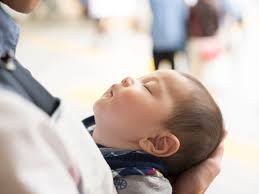 All these alterations are due to an autosomal genetic transmission that will lead to important brain abnormalities, cerebellar vermis reduction (Joubert Syndrome Foundation, 2016), as well as abnormalities in the structure of the brainstem (National Institute of Neurological Disorders and Stroke, 2016).

In addition, Joubert syndrome is part of a group of disorders called “ciliopathies”. which occur with dysfunction of a part of the cells called cilia. Joubert Syndrome Foundation, 2016).

The initial description of this pathology was made by Marie Joubert and collaborarodes in 1968, in which four cases were described. The patients presented partial or total absence of cerebellar vermis, neonatal episodic ampneal hyper- ine syndrome, abnormal eye movements, ataxia and mental retardation (Angemi and Zucotti, 2012).

In addition, this syndrome was also associated with different multiorgan disorders such as hepatic fibrosis, polydactyly, nephronoptisis or retinal dystrophy (Angemi and Zucotti, 2012).

As for treatment, there is currently no cure for Joubert’s syndrome. Therapeutic interventions are aimed at symptomatic control and support, infant physical and intellectual stimulation, and occupational therapy (National Institute of Neurological Disorders and Stroke, 2016).

The Joubert syndrome ( SJ ) is a type of disease of genetic origin characterized by a congenital malformation in areas of the brain stem and agenesis (partial or complete absence) or hypoplasia (incomplete development) of the cerebellar vermis, which can cause (Ophatnet, 2009).

More specifically, at the anatomical level is characterized by the so-called ?? molar sign ?? of the mesencephalon: agenesis or hypoplasia of the cerebellar vermis, narrowing of the superior cerebellar peduncles with indentation, elongation and lack of decussation, and deep interpeduncular fossa (Angemi and Zuccoti, 2012).

It is a disorder that can affect many areas and organs of the body, so the signs and symptoms vary considerably among people affected (US National Library of Medicine, 2011).

Many experts consider these figures to be underestimated, since Joubert syndrome has a wide range of affectations and is largely underdiagnosed (US National Library of Medicine, 2011).

Much of the clinical symptoms of Joubert syndrome are more than evident at the infancy stage, many affected children have significant motor delays (National Organization for Rare Disease, 2011).

On the other hand, some of the alterations that may be associated with Joubert’s syndrome include altered retinal development, iris abnormalities, strabismus, renal and / or hepatic alterations, protrusion of membranes lining the brain, among others ( National Organization for Rare Disease, 2011).

All the alterations derived from this syndrome, are included in several areas: neurological, ocular, renal, and musculoskeletal alterations (Bracanti et al., 2010).

At the physical level, the retina is one of the organs affected by Joubert syndrome. The alterations in this organ present in form of retinal dystrophy , due to a progressive degeneration of the cells in charge of the photo reception.

At the clinical level, ocular alterations can range from congenital retinal blindness to progressive degeneration of the retina.

On the other hand, it is also possible to observe the presence of the coloboma. This ocular alteration is a congenital defect that affects the ocular iris and presents as an orifice or cleft.

Pathologies related to renal function affect more than 25% of those affected by Joubert’s syndrome.

In many cases, renal alterations may remain asymptomatic for several years or begin to manifest with nonspecific signs, until it presents as an acute or chronic renal failure.

From the earliest descriptions of this pathology, a common clinical finding is polydactialia (a genetic disorder that increases the number of fingers or toes).

In addition it is also common to observe orofacial or structural anomalies at the level of the spine.

An autosomal recessive genetic disorder means that two copies of an abnormal gene must be present for the trait or disease to occur (National Institutes of Healh, 2014).

Thus, a genetic recessive disorder occurs when a person inherits the same abnormal gene for the same trait of each parent. If an individual only receives a copy of the gene related to the pathology, it will be a carrier but will not show symptoms (National Organization for Rare Disease, 2011).

In addition, at least ten genes have been identified as one of the possible causes of Joubert syndrome (National Organization for Rare Disease, 2011).

A mutation in the AHI1 gene is responsible for this pathological condition in approximately 11% of affected families. In people with this genetic alteration, vision changes are often present due to the development of a retinal dystrophy (National Organization for Rare Disease, 2011).

The mutation of the nphp1 gene is the cause of approximately 1-2% of the cases of Joubert syndrome. In individuals presenting with this genetic alteration, renal alterations are frequent (National Organization for Rare Disease, 2011).

On the other hand, a mutation of the CEP290 gene is the cause of 4-10% of cases of Joubert syndrome (National Organization for Rare Disease, 2011).

In addition, mutations in the TME67 , JBTS1 , JBTS2 , JBTS7 , JBTS8  and JBTS9 genes are also related to the development of Joubert syndrome (National Organization for Rare Disease, 2011).

The diagnosis of Joubert’s syndrome is based on the physical symptomatology. It is necessary to perform a detailed physical examination, as well as the use of different diagnostic tests, especially magnetic resonance imaging (Ophatnet, 2009).

Molecular genetics tests are also often used to identify genetic alterations that have been demonstrated in 40% of Joubert syndrome cases (National Organization for Rare Disease, 2011).

On the other hand, it is also possible to perform a prenatal diagnosis of this pathology through fetal ultrasound and molecular analysis, especially in families with a genetic history of Joubert syndrome (Ophatnet, 2009).

When the most characteristic features of Joubert syndrome occur in combination with one or more additional physical pathologies, it is possible that a diagnosis of ” Joubert Syndrome and Related Disorders (JSRD) ?? (US National Library of Medicine, 2011).

Therefore, depending on the type of pathology involved is associated with the presence of Joubert syndrome, we can find subtypes of this. However, the classification system of Joubert syndrome is still in a phase of evolution due to the discovery of the genetic contributions and the greater knowledge of the phenotypic correlations.

The treatment used in Joubert syndrome is symptomatic and supports the underlying pathologies. In addition to pharmacological interventions, early stimulation at the physical and cognitive levels is often used (National Institute of Neurological Disorders and Stoke, 2016).

When respiratory changes are significant, especially in the early stages of life, respiratory function needs to be monitored (National Institute of Neurological Disorders and Stoke, 2016).

On the other hand, the identification and control of ocular degeneration, renal complications, and all other complications related to Joubert’s syndrome should be performed as early as possible to adjust therapeutic measures (National Institute of Neurological Disorders and Stoke, 2016) .