There are hundreds of types of neurological diseases and millions of people around the world are affected by them (World Health Organization, 2014). 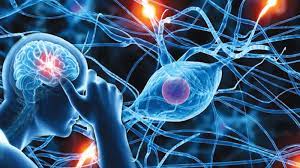 Despite the wide variety of neurological disorders, there are some diseases that are more common these days (National Institutes of Health, 2016):

These types of pathologies will cause a series of squeal that will significantly affect the functionality and quality of life of the patient: from the development of a vegetative state or minimal consciousness to important deficits in sensor motor, cognitive or affective components (Huertas-hoyas et al., 2015). On the other hand, cognitive deficits tend to appear as the problems of attention, memory and executive functions (Garcia Molina et al., 2015).

Among the most common squeal of strokes is:

With regard to treatment, in the first moments, all interventions will focus on preserving the life of the person. In the post-acute phase, we will intervene at the physical level to treat the motor consequences, and at the neuropsychological level to address the cognitive squeal: orientation deficit, amnesia, linguistic deficit, attention, etc.

Radial & Trotsky (2012), propose that crania- cephalic disorders (TCEs) occur as a consequence of a blow to the skull. Generally, this impact is transmitted to both the meningeal layers and cortical structures.

In addition, different external agents can cause the impact: use of forceps at birth, bullet wound, blow-to-blow effect, extension of a mandible blow, among many others.

We can find open trauma ( ACT ) in which a skull bill is produced and penetration or exposure of brain tissue and closed head injury in which there is no fracture of the skull but severe brain tissue injury can occur due to development of edema, hypoxia, increased intracranial pressure or ischemic processes.

In the case of Europe, the estimated incidence of TBI is estimated at 235 cases per 100,000 people per year and will also cause, as well as significant strokes impact functional level.

Depending on the severity and extent of the injury, the symptoms will be different: it is possible that after the traumatic event a person does not present significant squeal or that, on the contrary, develops important deficits in physical, cognitive and social areas.

When the magnitude of the traumatic impact is high, it is possible that the patient loses consciousness and develops a state of minimal consciousness or coma (Huertas-hoyas et al., 2015).

As for treatment, the initial measures will focus on the control of vital signs with both pharmacological approaches and in some surgical cases. After the acute phase, rehabilitation, physical and neuropsychological intervention will be essential to promote both residual capacities and the generation of compensatory strategies for the different squeal.

The Epilepsy is a neurological disorder characterized by the presence of recurrent episodes called seizures or crises (Fernandez-Suarez, et al., 2015).

Epileptic seizures occur as a result of unusual neural activity that is altered causing convulsions or periods of unusual behavior and sensations and may sometimes lead to loss of consciousness (Mayo Clinic, 2015).

In addition, this abnormal activity can be transmitted from its area of ​​origin to other locations, so that the brain may be severely affected by the recurrence of seizures. In this way, seizures can have important neurological consequences and consequences (National Institute of Neurological Disorders and Stroke, 2016).

With regard to therapeutic intervention, pharmacological treatments are often used to control the frequency of seizures. Pharmacological treatment or surgical procedures are effective in approximately 80% of cases. In the case of the child population, the symptoms of the disease may disappear with development (Mayo Clinic, 2015).

The Alzheimer’s disease is one of the most common forms of dementia in people who are older than 65 years (National Institute of Neurological Disorders and Stroke, 2015).

In the United States, it has been estimated that approximately 5 million people over 65 years of age may suffer from this pathology (National Institute of Neurological Disorders and Stroke, 2015).

However, Alzheimer’s disease alone is one of the causes of dementia. Dementia worldwide is estimated to affect approximately 47 million people, of whom 58% are in low- or middle-income countries. It has been detected that each New Year is registered about 7.7 million new cases (World Health Organization, 2015).

Different research projects predict that in the year 2030 the number of people with dementia will be around 73.6 million and in the year 2050 approximately in 135.5 million people (World Health Organization, 2015).

This pathology is characterized by the presentation of a series of symptoms that will affect memory, thinking and / or social skills, sufficiently serious to interfere significantly with the daily life of the person (Mayo Clinic, 2014).

The dementia occurs with alterations in at least two brain functions: memory loss, impaired judgment or language; difficulty performing routine activities such as paying bills or getting lost in familiar places (Mayo Clinic, 2014).

The World Health Organization (2015) notes that there is currently no specific treatment for dementia and Alzheimer’s disease in particular, or to reverse its progressive evolution.

Despite this, there are various therapeutic interventions that can provide benefits both symptomatically and quality of life for the patient and their caregivers (World Health Organization, 2015).

The Parkinson’s disease is a type of degenerative disorder affecting the central nervous system and also is categorized in alterations or movement disorders (National Institute of Neurological Disorders and Stroke, 2015).

The different statistical studies have indicated that Parkinson’s disease affects one in every 1,000 people worldwide, and affects equally men and women (Spanish Federation of Parkinson’s, 2016).

This type of pathology is progressive, so the symptoms related to movement, tremors, limb stiffness, walking problems, balance, among others, are going to worsen with the progression of the disease (National Institute of Neurological Disorders and Stroke, 2015).

In addition to these alterations of movement, other effects will occur: emotional changes, alterations in speech and language, dementia and other cognitive alterations, among others (National Institute of Neurological Disorders and Stroke, 2015).

At present there is no curative treatment for Parkinson’s disease, different pharmacological interventions are often used for symptomatic treatment (Spanish Federation of Parkinson’s, 2016).

Headaches and headaches are a very common type of medical condition. Some statistical data have shown that approximately 47% of adults have suffered at least one headache in the last year (WHO, 2012).

Migraine presents as a type of recurrent headache of variable intensity, from moderate to very intense. It usually causes a pulsating and / or pulsating sensation and usually affects one side of the head (National Institute of Neurological Disorders and Stroke, 20149.

Other symptoms that are going to trigger migraine attacks are: nausea, vomiting, sensitivity to light, odors and / or noise (National Institute of Neurological Disorders and Stroke, 2014).

If no pharmacological intervention is used, the attacks usually last from 4 to 72 hours. However, there are several preventive and symptomatic treatments that can be very effective (National Institute of Neurological Disorders and Stroke, 2014).

MS is a progressive disease of the central nervous system (CNS) characterized by a generalized lesion of the brain and spinal cord (Chiaravalloti, Nancy and Deuce, 2008). It is classified within demyelinating diseases of the CNS. These are defined by inadequate myelin formation or by affecting the molecular mechanisms to maintain it (Bermejo-Velasco, et al., 2011).

Epidemiological investigations have shown that MS is the most common chronic neurological disease in young adults in Europe and North America (Fernandez, 2000). Prevalence of the disease in Spain it oscillates between 50-60 cases per 1000 inhabitants (Fernandez, 1990).

Among the most characteristic symptoms of MS are motor weakness, ataxia, spasticity, optic neuritis, diplopic, pain, fatigue, sphincter incontinence, sexual disorders and dysarthria. However, these are not the only symptoms that can be observed in the disease, as epileptic attacks, aphasia, hemianopsia and dysphasia may also appear (Jacque and Barros, 2001).

On the other hand, MS can also affect the cognitive sphere, so the most common deficits in MS affect the evocation of information, working memory, abstract and conceptual reasoning, speed of information processing, sustained attention and visuospatial skills (Geyser et al., 1990; Santiago-Romania et al, 2006).

Terré-Boliart and Orient-Lopez, 2007). In general, the therapeutic objectives in this disease will be to improve acute episodes, slow disease progression (using immunomodulatory and immunosuppressive drugs) and treat symptoms and complications.

Due to the symptomatic complexity that these patients may present, the most appropriate treatment framework will be within an interdisciplinary team (Terré-Boliart and Orient-Lopez, 2007).

The brain tumors and core are a type of disease characterized by abnormal tissue formation both in the brain and spinal cord (National Institute of Cancer, 2015).

Statistical estimates estimate that there may be more than 359,000 people in the United States living with a diagnosis of CNS tumor. In addition, more than 195,000 new cases are diagnosed each year (National Institute of Neurological Disorders and Stroke, 2016).

There is a wide variety of tumors; therefore the symptoms will vary depending on the location of the tumor. In addition, size and growth rate will also determine the clinical course of symptomatology (Johns Hopkins Medicine, 2016).

Some of the most common symptoms that may appear are (Johns Hopkins Medicine, 2016):

Treatments of tumors of the central nervous system will depend on several factors: size, location, symptoms, and general health and treatment preferences. Some of the most used treatments are:

In some patients the combined use of these therapies is possible, while in others the exclusive use of one of them is beneficial.

The Duchene muscular dystrophy (DMD) is a neuromuscular disease characterized by the presence of significant muscle weakness, which develops generalized and progressive (World Health Organization, 2012).

It is the most common type of muscular dystrophy in humans (Lopez Hernandez, 2009) and affects 1 in 3,500 children worldwide (Duchene Parent Project, 2012). The vast majority of the disease affects males in the early stages of life (World Health Organization, 2012).

Symptoms typically begin during childhood. Weakness and loss of muscle mass cause serious difficulties in acquiring or maintaining walking, breathing and / or swallowing (Mayo Clinic, 2013).

Neuromuscular effects offer a chronic prognosis. In most cases, people with Duchene muscular dystrophy die in young adulthood due to the development of secondary pathologies such as heart failure or cardiomyopathies (World Health Organization, 2012).

Meningitis is a type of infection that affects the brain and spinal cord that is normally caused by bacteria or viral agents (National Institute of Neurological Disorders and Stroke, 2016).

This type of pathology can cause significant inflammation of the meanings, the membranes that surround and protect the brain and spinal cord (National Institute of Neurological Disorders and Stroke, 2016).

The development of this inflammation can produce a wide variety of symptoms: fever, headache and headache, confusion, brain injury, stroke, seizures, and even the death of the individual (National Institute of Neurological Disorders and Stroke, 2016).

The treatment for this type of pathology is pharmacological. When meningitis is suspected, an immediate and aggressive medical intervention is essential (National Institute of Neurological Disorders and Stroke, 2016). 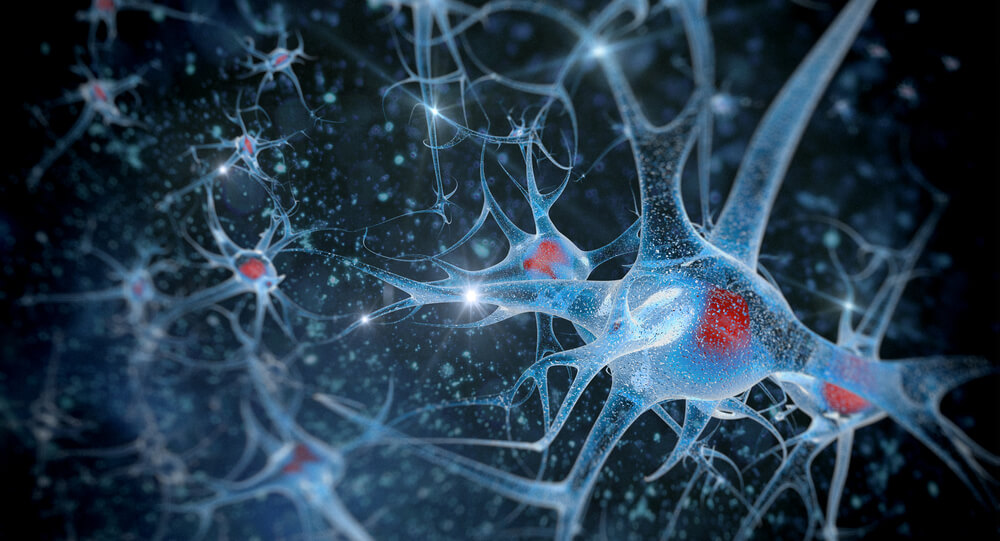