The proactive people are those who foresee consequences, risks and opportunities. In addition, they act to anticipate and change the expected course of events.

That is, they do not settle for waiting for the events to occur to act accordingly, they take responsibility for things to happen. 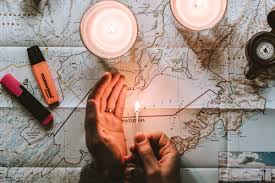 11 Traits of people with a proactive personality

Once we know exactly what is meant by proactive person we present your main features or characteristics:

1- Look for different alternatives of action

One of the most brilliant features of proactive people is their ability to respond to complicated or stressful situations. They do not waste time thinking that nothing can be done to solve this problem nor do they support the idea that there is only one possible solution.

Therefore, it explores different options and the advantages and disadvantages of each of them, that is, their possible consequences and / or the opportunities and risks that each of them entails if they are applied to address the problem (Lopez, 2010).

Proactive people are always willing to build their skill set and learn from their mistakes for it, they take criticism in a constructive way in order to improve both their professional and personal.

This makes them never collapse before negative criticism and can learn from them incorporating them as complements to the knowledge they had already acquired, something that will help them achieve their goals with good self-esteem.

On the other hand, they also usually use a language that looks for possibilities, seeks re-focusing, provides possibilities for action, assumes their own preferences and points of view and is committed to the construction of reality.

It could be considered as a facilitating language of personal actions, responsibilities and commitments. This type of language rises what we believe will happen to make it happen (Parra, S / F).

They are able to control their emotions in stressful situations, which allow them to think quickly of a possible solution to the problem that has been presented to them. This means that once again, proactive people are being sued by companies today for their high level of problem solving.

On the other hand, self-control also benefits you on a personal level and in many cases can influence our self-esteem possible criticism or even failures that we can have in any area of ​​our life.

5- They are dynamic people

Proactive people empower to test behaviors, experience new situations and are guided by innovation. Therefore, they often face problems successfully and even anticipate the negative consequences and risks that can occur when experiencing new situations.

On the other hand, they are also able to glimpse the possibilities that exist when it comes to tackling a project and targeting innovation and the future. In addition, they are interested in transforming reality driven by their values ​​because they are aware of the influence they have and therefore, they act in the face of the opportunities presented to them (Li et al., 2014).

All the characteristics that we have named above make them enjoy good self-esteem and therefore, have a very high self-confidence. This will allow them to be dynamic and participate actively in all the activities they carry out, expressing their ideas at all times.

The proactive person not only solves problems but also explores possibilities. He develops a conscious and realistic optimism that makes it easy to enjoy what he does, seek success and protect his self-esteem.

Therefore, in the event that the person in particular was the leader of a group, he would assume responsibility for his managerial functions through participation and cooperation with his team in order to find ways to improve.

If we continue to imagine that the proactive person is a leader, it would be characterized by planning the future to deal with problems in a more successful way since it would have the advantage of anticipating them (Parra, S / F).

As pointed out above, proactive people are characterized by being attentive to the details of the world around them. If we extrapolate this to the work they do, they will have the ability to appreciate those details that would cost another person a lot.

In addition, they also have the ability to plan in advance the time available for, if we follow the example of the project, develop and deliver it. This is usually a very important quality for a leader because in this way, they will be able to realize the path that their company is following and the goals to which it wants to arrive (Li and others, 2014).

Proactive people are also characterized by being very persevering. They tend to be clear about what they want for what they aim to achieve both long-term and short-term goals.

Not only at the individual level but also at the group level if you are the leader of a group. This trait is linked to the one we explained earlier, since those who think in the long run make it easy to mark the objectives they want to achieve as well as the tasks they will have to perform in order to achieve them.

Having clear goals both short and long term as we have noted above will allow you to self-adjust your time and effort over the period of time you have marked to reach them.

Therefore, sooner or later they reach their goals because they do not give up in their struggle to achieve their dreams because they believe in their abilities and enjoy good self-esteem to not fall in the attempt.

11- Are aware of their strengths and weaknesses

Finally, another of the traits or characteristics we present to you from proactive people is that they usually have the ability to be aware of their strengths and weaknesses.

This in many cases is often difficult enough for anyone since we all know what we do right or wrong but we find it hard to admit especially the second. This will make you able to know what you can do or what you will need help from the people you have around you.

What behaviors are derived from proactively?

Once we have presented to you the traits of the personality of the proactive people, we have also seen fit to tell you how this is extrapolated in the conduct of these people.

These correspond to people who are conscious and masters of their actions, capable in addition to self-managing themselves emotionally in an appropriate way:

Proactive people often anticipate events and are always thinking about something that can improve with respect to what they do or what projects they can do (Lopez, 2010).

For this reason, they are often very dependent people who need the approval of others since they also lack their own criteria. They are also characterized by being afraid of not achieving the success or goals that are proposed, quite the opposite of what happens to proactive people.

In addition, they are overwhelmed by the situations they live and more if they cannot control or are too stressful. This makes them just focus on what they cannot do, being very negative about themselves and appreciating the changing exterior as a threat.

Finally, we have to highlight that they are people who are often complaining about everything in their day to day life because they are never happy with the life they have (More, S / F).

As we have seen, proactive people have many traits that could be perfect in order to be efficient and effective leaders. There are many opinions on whether proactively can be considered as a behavior or as a personality.

If we consider it as a behavior we could boost it in any person or for any company in order to improve its benefits. While on the other hand, if it is considered as a personality we will not be able to do it. If you want to go deeper into this topic I recommend the book “The 7 Habits of Highly Effective People” by Stephen R. Covey.