What is Emotional Attachment The emotional attachment is a specific type of link within the bonding, social nature and involves seeking protection, care, safety and welfare within the relationship. It occurs in couples, children, relatives and in general people close.

Throughout our life we ​​are forming affective bonds with different people. Some of these links are the relationship of parents and children, grandparents and grandchildren, friendship, brotherly bond, romantic love…

What is Emotional Attachment

All of them show some common characteristics. For example, they are affective relationships, they persist over time, they seek closeness and contact with the other person, it produces anxiety when there is a separation that is not desired, they are unique to a particular person or it depends on the interaction between the two. 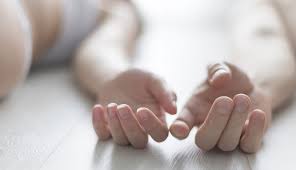 The attachment figure is the basis of reference and support in the relationships that a person establishes with the physical and social world.

According to the theory of attachment, the primary relationship that the child establishes with his attachment figure guarantees protection satisfies his emotional needs and the child feels loved and accompanied.

When a person is sure of the unconditionality of his attachment figure, he develops feelings of security, stability and self – esteem towards her and facilitates empathy, comfort, love and emotional communication.

Why is attachment bond important?

Attachment is important because the way in which it develops, that is, whether it is an appropriate attachment style or not, will depend on the psychological development of the individual, their security and stability and relationships with other people.

You should be aware that much research indicates that the initial bond of a baby with his first attachment figure predicts the relationships the child will establish with others throughout his life: siblings, friends, future partner…

As a result of the different attachment experiences, especially with so -called “central figures” in the earliest stages of life of the person, just forming an “attachment style”, i.e., a certain way of relating, feeling and to think about those relationships that require intimacy.

Your child will develop a mental representation, generated in early childhood from attachment with your primary caregiver, which will include information about yourself, about you as your attachment figure and the relationship you have.

This means that it will include an idea of ​​who and how your attachment figure is and what you can expect from you. With this model you will face the other relationships and situations that you have to face in life.

In addition, the attachment style has been associated as a predictor of human behavior in relation to social behavior.

For example, some researches such as Waters, Lippmann and Souse (1979) have shown that children between 3 and 6 years of age who had a higher level of social competence had been babies with a secure attachment.

In addition, an adequate attachment is also associated with a correct emotional development, with more empathy, more regulation of one’s emotions and a greater prosaically attitude in both children and adolescents.

And an insecure attachment, on the other hand, is related to increased aggressive behavior and hostility when children grow up.

The functions of attachment are diverse and broad. This bond ensures the survival of the breeding, gives security, esteem and intimacy, as well as function as a base from which the child explores reality and comes to take refuge when needed.

For all this, keep in mind that in the family your child learns patterns of behavior, relationship styles and social skills that will later generalize as a child, adolescent and adult in other contexts such as your peer group.

What types of attachment exist?

The different styles of attachment, as I have already said, can be observed from the end of the first year of life, when the formation of the first attachment appears, which generalizes to other significant people during childhood and adult life.

It is true that not all authors coincide in defining exactly the same typology. However, the following is the result of the consensus among the different authors.

After numerous studies, the different classifications coincide in some aspects that include the degree of trust with the attachment figure, safety and anxiety and intimacy or avoidance.

We can therefore find:

A secure attachment style is characterized by trusting fully in the other person, knowing that we will never abandon or fail.

It implies an internal model of functioning and mental representation of trust in the primary caregiver. The baby shows anxiety about separation and calms down when he meets his mother again.

The baby shows little anxiety during separation; they do not exhibit proximity or contact behaviors towards their attachment figure throughout the whole situation. In reunions they often avoid re-establishing contact.

The lack of interest in his attachment figure and the high exploratory behavior characterizes his behavioral profile.

It implies a representation of distrust in terms of availability.

The baby is constantly anxious and many of them can not initiate active exploratory behavior. Apparently, they cannot use the attachment figure as a safe base from which to explore.

They are children who present strange behavior in the presence of their mother (tics, stay still, etc.). They can show in a same episode and at the same time behaviors that contradict themselves.

They are children who can show fear towards their mother and who are disoriented in reunions.

Can the quality of attachment be assessed?

Perhaps the most commonly used technique for @nalyzing the quality of attachment between mother and child during the first two years of life is Mary Ainsworth’s “strange situation.”

For this, it is based on the theory of attachment that indicates that the child with an appropriate affective bond presents security before the presence of his mother and therefore shows before him greater conducts of exploration of the environment. On the contrary, before strange people and in the absence of their mother, the child will present contrary reactions.

A situation of eight episodes was designed where the separations and reunions between the baby, his mother and a strange person are intercalated. From them, babies and their mothers can be classified according to the quality of the attachment.