Lithium is a drug that is part of the drugs known as mood stabilizers.

Thus, it is only with the first approximation about what lithium is clear that its mechanism of action is to stabilize the mood, that is, to ensure that the affection is neither excessively high nor excessively low. 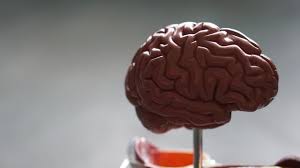 However, the mechanism of action of lithium is not fully known. It is believed that this acts by modifying systems of second messengers.

In fact, the hypothesis most strongly held today is that lithium alters G proteins and their ability to send signals into the cell once the receptor is occupied by the neurotransmitter.

Explained in a less technical way, this would mean that lithium would be able to stabilize mood through indirect mechanisms.

That is, lithium could alter mental functioning and return it to a stabilized state by modifying the actions of proteins that determine the functioning of neurons.

Lithium is not considered a first-line drug to treat depressions due to the existence of more effective drugs to reduce the symptoms that occur in this disease.

This fact would be explained because antidepressants have a more direct effect on the elevation of mood. While lithium allows you to stabilize (increase or reduce) mood, antidepressants can lift it directly.

Thus, in depressions the use of lithium is reduced to the combination with some antidepressant in the phases of maintenance to prevent relapses and recurrences.

However, the same is not true in the treatment of depressive episodes of bipolar disorder.

In these episodes, although the symptoms may be very similar to those shown during depression, the use of lithium becomes much more important and becomes a vital drug for treatment.

This effect is explained by the characteristics of bipolar disorder.

As we have said before, bipolar disorder is characterized by the presentation of depressive episodes which are followed by the appearance of manic episodes.

Thus, when a depressive episode appears, it is very likely that a manic episode later appears.

Therefore, the use of antidepressants during these phases is generally discouraged as these can elevate the mood quickly and cause the onset of a manic episode immediately.

Thus, in these cases, lithium becomes the drug of first choice, since this, although it will raise the mood in a slower and less effective way than the antidepressant will prevent the occurrence of a manic episode.

Pharmacological treatment of bipolar disorder continues to be a challenge for psychiatrists today, since each phase of the disease usually requires a different therapeutic approach.

Nevertheless, during the last 50 years some changes in the trends of use of the different drugs available to treat this type of psychopathological alteration have been experienced.

In this sense, lithium has been, and continues to be, the drug par excellence for bipolar disorder. In fact, in the 1950s and 1960s it already had acceptance in Europe and is still maintained today.

Recently, the Collegial Medical Organization and the Ministry of Health and Consumer Affairs have developed a manual of action in the case of mania that collects the evidence in favor of the use of lithium in these pathologies.

Specifically, this study has demonstrated strong evidence for the use of lithium in acute mania, i.e. in those cases where manic symptoms are expressed autonomously.

Thus, the study demonstrated how in controlled and randomized trials of this type of psychopathologies, lithium achieved a good pharmacological response in practically all cases.

However, in this same study, lithium only obtained limited evidence on its effectiveness in treating cases of mixed mania, i.e. to intervene in those episodes presenting depressive symptoms and manic symptoms simultaneously.

In these cases, other drugs such as evaporate or cabramazepine demonstrated a greater effectiveness of treatment.

As regards the hippomanic phases, it has been demonstrated that lithium is an effective drug to attenuate its symptoms, to stabilize the mood and to recover an optimal operation.

This was evidenced by a retrospective study by Tone on the efficacy of lithium to reverse hippomanic phases in a total of 129 people with type II bipolar disorder.

In addition, in this same study, the effects of lithium were studied to treat the manic symptoms presented in a total of 188 individuals diagnosed with type I bipolar disorder.

Finally, it should be noted that other types of drugs are often added to the treatment with lithium for bipolar disorder.

Multiple studies have shown that certain antipsychotics interact well with lithium and increase the potential for treatment to reverse the symptoms of bipolar disorder.

More specifically, in the manual developed by the Collegiate Medical Organization and the Ministry of Health and Consumer Affairs, Haloperidol, Risperidone, Olanzapine, Quetiapine and Arpiprazole were found to be optimal drugs to accompany treatment with lithium.

Finally, it should be noted that, as demonstrated by Goodwin and Jamison in 1990, lithium is a drug suitable for the maintenance treatment of bipolar disorder since it reduces the frequency, duration and intensity of manic, hippomanic and depressive episodes.

Thus, from all of this we can draw the following conclusions about the efficacy of lithium for bipolar disorder:

Depression and bipolar disorder are two mental illnesses that are part of the same diagnostic group; however, they are rarely interpreted as similar disorders.

In fact, depression is often interpreted as a fairly common psychological disorder, while bipolar disorder is often seen as a rather extravagant mental disorder.

However, the differences between the two disorders are not so conspicuous and both constitute an alteration of mood.

For its part, depression is characterized by the suffering of depressive episodes that modify the mood of the person.

The suffering of this type of episodes is determined by presenting a depressive mood, and a loss of interest and / or a decrease in the capacity to experience pleasure.

Likewise, during the depressive episode the person usually experiences sadness, vague physical complaints, alterations of the appetite, of the dream and of the libido, difficulties to concentrate, agitation or psych0m0tor slowing.

Finally, the thinking becomes pessimistic and can be impregnated with ideas of handicap and guilt. Ideas of death or suicide may also arise.

Thus, the diagnosis of depression is made by connoting the presence of at least one depressive episode like the one just discussed.

In bipolar disorder, unlike depression, a greater number of different episodes may be experienced.

Firstly, it should be noted that in this disorder one can experience exactly the same depressive episode that is experienced in depression, so that the similarities between the two alterations are immediately apparent.

However, bipolar disorder and depression also differ in many other characteristics.

These characteristics are mainly based on the fact that in bipolar disorder not only are experienced depressive episodes, but also have to present other types of episodes.

One of them is the mania episode. This episode is defined by a period of time equal to or greater than one week in which an abnormal and persistently elevated mood occurs.

In mania, there are states of euphoria, constant expansiveness and recurrent moments of irritability.

Thus, mania would be an episode in contrast to depression, where instead of a decrease in mood, it rises above normal.

Another episode that can occur in bipolar disorder is hypomania.

The clinic of these episodes is identical to that explained in the manic episodes but it presents in a lower intensity and does not usually cause a clear deterioration in the person who suffers it.

Finally, the last episode that may appear is the mixed episode, which is characterized by the simultaneous appearance of manic symptomatology and depressive symptomatology.

Differences and similarities between depression and bipolar disorder

Thus, when we relate depression to bipolar disorder we can state the following conclusions.

Thus, it is not surprising that a drug that manages to stimulate mood, such as lithium, becomes a suitable drug to treat this type of psychological alterations.