What is delirium tremens Delirium tremens means “trembling delirium” and is part of the confessional disorders of consciousness. These disorders are characterized by two fixed elements: a variable degree of numbness (involving a decrease in the level of alertness and less clarity of consciousness), and disordered mental activity, fantastic or limited.

Delirium is the confusing state par excellence, which on many occasions includes visions of objects, animals or people. They can be of many types, some of them especially grotesque and unpleasant.

What is delirium tremens

The visions appear in a confused way, with little clarity of the images and intermixed with the reality; or manifest clearly, governing the mental state of the patient in full. 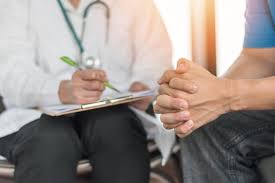 In this second case, the person is completely immersed in the visions, considering them real, and responding to their contents, fostering a state of general agitation in the individual.

The physical state of a patient with delirium is usually highly disturbed. They present fever, dehydration, fatigue, intestinal disorders, tachycardia and arterial hypotension, among others. The evolution of physical and psychological symptoms may be toward complete recovery or death.

In the event that the disorder ends with the recovery of the patient, only vague memories fragmented and confused of what happened.

The withdrawal syndrome is the set of symptoms that people with substance addiction after a while without ingesting the drug.

In the case of drinkers, the withdrawal syndrome appears between 12 and 24 hours after stopping alcohol, and presents with the following symptoms: tremors, weakness, chills, headaches, dehydration and nausea.

When the withdrawal syndrome is remarkably severe and acute, then we speak of delirium tremens.

Delirium tremens is an acute confessional picture caused by alcohol deprivation when a person is heavily dependent on alcohol, caused by the ingestion of large amounts of alcohol over a long period of time.

A simpler way to understand the definition of delirium tremens would be to consider it as the ultimate expression of withdrawal syndrome.

The symptoms of this type of delirium are:

When considering the diagnostic criteria for delirium tremens, it is important to know that the diagnosis should only be made when the symptoms exceed those of a withdrawal syndrome, with the severity enough to be withdrawn from this syndrome.

These diagnostic criteria would be:

Some tips for families of people with alcohol addiction

Be aware of the problem

The patient will tend to conceal his problem or to minimize it by saying that “one only takes x beers …” Sometimes the family itself tries to protect the patient because he sees it suffer, but this only hinders the recovery process.

Not only will the patient have to change his behavior and make a great effort for his recovery, since the family will also have to change behavior patterns that lead to recovery. Among all must look for the reasons that make the change at personal and family level is necessary.

Addicted people are sick and need the help of specialists, relatives and close friends. They tend to relapse, and it is common for families to lose confidence in the addicted person. You have to be patient.

When they do not trust one, self-esteem suffers, and the feeling of loneliness grows, strengthening addictive behaviors as a means of evasion. Confidence can be worked:

It is possible that over time family members have taken on more responsibilities than would be expected in a normal situation.

Responsibilities must be reorganized and shared among all. Family members should not prevent the person with alcohol addiction from taking over their responsibilities (taking care of their children, for example).

Empty times do not help in times of alcohol withdrawal, and can be really hard.

It is no secret that people function best when we feel valued and loved.

It is important to let the person with addiction know the things he does well, what he is competent and useful, and show affection to make him feel loved. Samples of love are always useful, no problem whatever.

Any small step towards improvement is a great step for the alcoholic person, as there is a great effort behind to achieve that little achievement.

The family also makes a great effort to help their sick family member. The idea is to keep these changes in mind, so that they serve as motivation to continue the treatment.

Drug addiction is a chronic, recurrent disorder in which compulsive drug-seeking behavior occurs, and consumption is maintained despite the negative physical, psychological, and social consequences of drug addiction.

The World Health Organization and the American Psychological Association use the term “substance addiction” rather than “drug addiction.” People with addictions show a tolerance to the drug (that is, it has less and less effect), and they begin to manifest symptoms that show their physical dependence on the substance.

As the body of these people each time presents greater tolerance to the substance, they need to consume a greater quantity of drug to be able to obtain the same effects that at the beginning of its consumption. This causes a vicious circle, as the amounts of consumption are becoming greater, and with it, the addiction is increasing.

According to the DSM-IV, there must be a maladaptive pattern of consumption of the substance in question, meeting at least 4 of the following 7 criteria:

When the consumption of ethanol (alcohol) is in low doses or at the onset of acute intoxication by ethanol, it produces stimulant effects due to the suppression of the central inhibitory systems. However, when levels of ethanol in the blood are increasing, there is sedation, difficulties or disappearance of coordination, ataxia and poor psych0m0tor performance.

Alcohol addiction is related to dopamine and to the modification of the activity of the serotonin receptors.

Alcohol has numerous side effects in the human body, among which we can highlight the following: