The olfactory memory refers to memory of odors. Odors can bring us a lot of memories. This is because the olfactory bulb, which is a region of the central nervous system that processes sensory information from the nose, is part of the limbic system.

Since the limbic system is an area closely associated with memory and emotions, smells can evoke memories and trigger strong responses almost immediately.

How is the association between smells and memories formed?

The olfactory bulb has access to the amygdala, which processes emotions, and to the hippocampus, the structure responsible for associative learning. Despite the connections between the structures, the scents would not evoke memories were it not for the conditioned responses that have formed over time.

When you smell something for the first time, you link it unconsciously to an event, a person, an object, a moment or a place. Your brain forges a link between the smell and a memory, associating, for example, the smell of chlorine with summer or the smell of lilies with funerals. 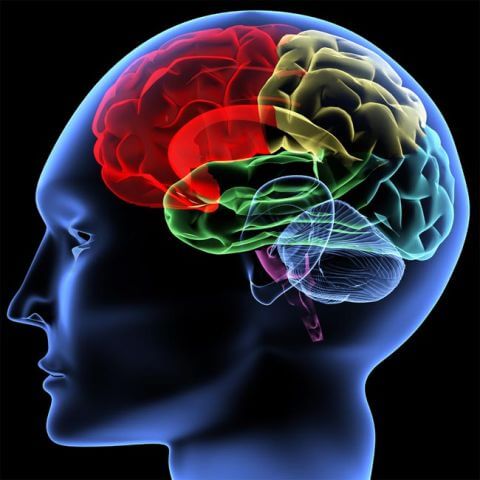 When you find yourself again with the smell, the bond is already formed and prepared to elicit a memory or even a state of mind. The smell of chlorine can make you feel happy because they remind you of summer moments in the pool with your friends.

The lilies, however, could make you inexplicably melancholic. This is, in part, the reason why not everyone prefers the same smells: by pure association.

Since we find most of the new smells during our childhood and youth, smells often evoke memories of childhood. However, we actually begin to make associations between smells, emotions and memories before we are even born.

Children who have been exposed to alcohol, tobacco smoke or garlic in the womb of their mothers often show a preference for these odors. For them, smells that can bother other babies seem normal or even pleasurable.

The role of the amygdala

The amygdala is an almond-shaped brain structure that processes everything related to our emotional reactions. It is one of the most primitive areas of the human brain.

It is also associated with memories and memory in general, since many of our memories are related to some emotional experience.

A decade ago, Rachel Herz, an expert in smell psychology, and her colleagues at Brown University tested whether there was a correlation between the emotional intensity of a memory triggered by an odor and the activation of the amygdala.

The participants described, first of all, a positive memory triggered by a particular perfume. Afterwards, they went to the laboratory to participate in a functional magnetic resonance experiment.

If the stimulus caused some memory or emotion, the participants were instructed to keep it in their mind until the next stimulus was presented.

When the participants smelled the perfume they had chosen, it was when they showed greater activation in the amygdala and parahipocampal (a region surrounding the hippocampus).

These data suggest that odors that provoke emotional and strong memories also cause high activity in areas of the brain strongly related to emotions and memory.

However, it is important to know that in this study only five people participated, and all were women. To confirm these findings, studies with a larger sample of participants, where there are both men and women, are needed.

Several behavioral studies have shown that odors trigger more vivid emotional memories and are better at inducing that feeling of “being transported into the past” than images.

However, there have been few studies, from that of Herz and his colleagues, who have explored the relationship between smell and autobiographical memory at a neuronal level.

The perception of the smells is not only to feel them, but in the experiences and emotions associated with those sensations. Odors can cause very strong emotional reactions.

In surveys conducted about reactions to some odors, the responses show that many of our olfactory tastes are purely based on emotional associations.

Although there is convincing evidence that agreeable fragrances can improve our mood and our feelings of well – being , some of these findings should be considered with caution.

Some recent studies have shown that our expectations about an odor, rather than the direct effects of exposure to it, may be responsible for the improvements in mood and health benefits that have been reported.

The effect of suggestion and placebo

In one experiment, the researchers found that simply informing the subjects that a pleasant or unpleasant smell was being administered (which, perhaps, they were not even able to perceive) altered their self-reports regarding their moods and well-being.

However, more reliable results have been found in experiments using placebos in the form of sprays without any odor. These studies have shown that, although subjects respond to some degree to odorless placebos of what they think are fragrances, the effect of real perfume is significantly higher.

Thinking about nice perfumes could be enough to be a little more cheerful, but the real smell can have dramatic effects when it comes to improving our mood and sense of well-being.

Although the olfactory sensitivity is lost as we get older, it has been found that pleasant smells have positive effects on mood at any age.

The effects of odors on our perception

The positive emotional effects that odors have also affect our perceptions of other people.

In one experiment, subjects who were exposed to pleasing fragrances tended to give higher “attractiveness ratings” about people who appeared in photos that were shown to them.

However, some more recent studies show that these effects are only significant when there is some ambiguity in the photos. If the person in the photo is clearly very attractive or, on the contrary, extremely ugly, the fragrance does not usually affect our judgment.

However, if the person only has a “medium attractiveness level”, a pleasant fragrance will tip the balance of our evaluation in your favor. In this way, the attractive models that are used to advertise perfumes probably do not need it, but the rest of us can benefit from a spray that smells good.

Unpleasant odors can also influence our perceptions and evaluations. In one study, the presence of an unpleasant smell made subjects not only give worse scores to the individuals in the photos, but also judged some drawings that were shown to them as less professional. 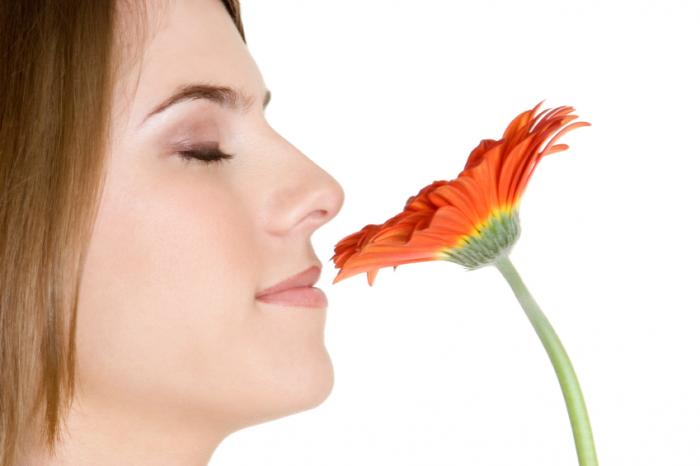 The effects of improvement in mood that positive smells have, however, sometimes play against us: by increasing our perceptions and positive emotions , pleasant smells can cloud our judgment.

In an experiment in a casino in Las Vegas, the amount of money obtained in a slot machine increased by 45% when the place was perfumed with a pleasant aroma.

In another study, a shampoo that participants had classified as the last in terms of overall result in an initial test, was first classified in a second test after altering its smell.

In another test, participants reported that the shampoo was easier to rinse, applied better and left the hair brighter. Only the fragrance of the shampoo had been changed.

The preferences regarding smells are usually a personal matter, which have to do with specific memories and associations.

These preferences were explained by the experiences (good or bad) that people had had and associated with particular odors. Despite the peculiarities of these individuals, it is possible to make some significant generalizations about olfactory preferences.

For example, experiments conducted to date have shown that we tend to like what we know: people give higher scores on how pleasant an odor they are able to identify correctly.

There are also some fragrances that seem to be universally perceived as pleasant, like vanilla, an increasingly popular ingredient in perfumes that has long been a “standard pleasant smell” in psychology experiments.

A note for perfume merchants: one of the studies showing our tendency to prefer fragrances that we can correctly identify also showed that the use of an appropriate color can help us to make a correct identification, increasing our taste for perfume.

The smell of cherries, for example, was more precisely identified when presented with the color red, and the ability of the subjects to identify the smell significantly enriched the scores they gave.

Have you ever considered perfuming your workspace, your school or university? A priori it may seem silly. However, odors can also affect labor productivity, in addition to influencing moods,

Rachel Herz notes that a growing number of studies show that positive mood is linked to increased productivity, performance and a tendency to help other people, while negative mood reduces pro-social behavior.

Notably, prosocial behavior and productivity are also enriched in the presence of pleasant environmental odors. For example, in one experiment people who were exposed to the smell of cookies in the oven or to coffee making were more inclined to help a stranger than people who had not been exposed to olfactory manipulation.

Likewise, people who worked in the presence of an air freshener who smelled pleasantly also reported greater self-efficacy at work. In addition, they set higher goals and tended to employ more efficient work strategies than the participants who worked in a condition without odors.

It has also been found that pleasant environmental smells increase the level of vigilance during a tedious task and improve performance in word completion tests.

On the contrary, the presence of smells considered negative reduced the subjective judgments of the participants and lowered their levels of tolerance to frustration. Participants in these studies also reported that they had had consistent mood swings.

Therefore, it can be concluded more or less certain that the observed behavioral responses are due to the effect of air fresheners on people’s moods.

Some of the fragrances that seem to increase productivity at work are the smell of lemon, lavender, jasmine, rosemary and cinnamon.

So, you already know: odors influence the mood, the good performance of work and other forms of behavior, through learned associations, especially emotionally.