The  permarexia  is the obsession with counting calories of all foods you eat. Those who suffer from this disorder often deprive themselves of certain groups of food for a long time, which can have disastrous consequences for health.

People with permarexia are always on a diet and are very concerned about the idea of ​​gaining weight, so much so that the habit of counting calories becomes  obsession.

Characteristics of people with permarexia

There is a big difference between eating healthy and exercising, and obsessing about following a diet, avoiding certain types of foods or  counting calories, although sometimes it can be difficult to distinguish one situation from another. 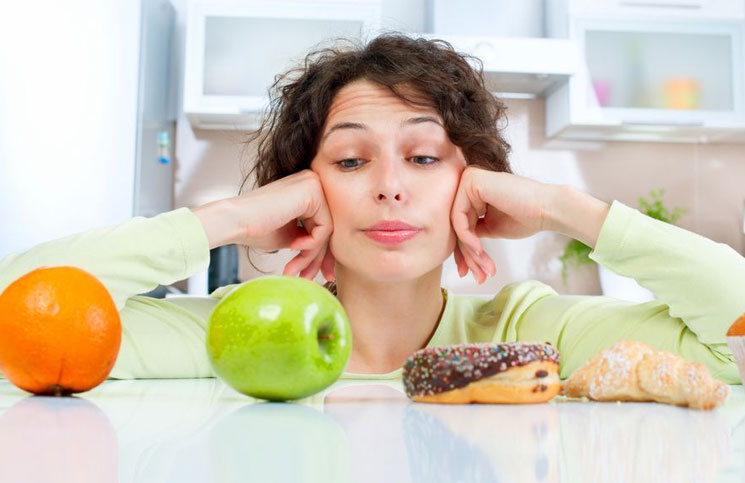 Other symptoms that indicate that something is not right, are the following:

If you have these symptoms or see them in someone close to you, then it may be permarexia.

Possibly the most worrisome of this disorder is that usually, who has it is not aware of it.

He believes that he simply cares about having healthy eating habits, when in fact the obsession with counting the calories may be having  negative consequences on his health.

The fact of undergoing different diets causes frequent changes in body weight, without any control, which can sometimes cause  a rebound effect.

In the medium and long term, this permanent variation in weight is capable of altering the functioning of the thyroid gland (which is essential in the  regulation of metabolism).

If you have permarexia, you can also suffer episodes of hypoglycemia (low blood sugar levels), which causes dizziness, blurred vision, dizziness and  in severe cases, loss of consciousness.

People with this eating disorder may also have constipation, gastric ulcers or nutritional deficiencies from the chronic deprivation of a  certain food group.

Finally, if you suffer permarexia you are more likely to develop other eating disorders, such as bulimia or anorexia, whose consequences  can lead to death.

Therefore, if you know someone or if you yourself are permanently following some type of highly restrictive diet, if you are concerned about the  appearance of your body or if you are looking to look like a celebrity, then it is best to consult a psychologist and a nutritionist, to be able to get out  of this problem.

Is permarexia a recognized disorder?

As you will have read at the beginning of this article, permarexia is a term that has not yet been accepted by the medical community.

In general, people who suffer from these types of disorders follow a strict diet, often also exercise a lot and have a poor image  of themselves.

Studies indicate that one in 20 people suffer from this type of eating disorders, which are certainly not as well known as bulimia or  anorexia, but which can be very dangerous anyway.

It is important to keep in mind that in eating disorders not everything is “white” or “black”, but there are also “gray” areas. While a person  may not present all the symptoms and signs of a known eating disorder, this does not mean that they do not have any disorder.

Moreover, most people with pathological changes in their diet are diagnosed with “unspecified eating disorder”. The  prevalence of this type of disorder is really worrisome.

Research shows that in the population of women aged 25 to 45 years, with no history of anorexia, approximately 30% say they have “purged” their  body to lose weight or to lose weight, vomiting or using laxatives.

In addition, an alarming 75% of these women stated that concerns related to their weight and body shape interfered in some way with
their happiness.

Among adolescents and young male adults, 18% said they felt “extremely worried” about what their physique would be and their weight in adulthood.

It is said that a person has an “unspecified” eating disorder when their concern about food, body shape or body weight  interferes with their daily life and well-being.

Probably, the characteristic that is present in the permarexy as well as in the other unspecified eating disorders, is that the person  suffering from it feels that his weight or the shape of his body is a very important factor that determines the value of his person.

There are many biological factors that can increase your risk of having pemarexia or another eating disorder in your group.

It has been seen that the prevalence is greater in certain families and that in identical twins, if one of them suffers one of these disorders, it is highly  probable that the other one also suffers it.

At the same time, doctors point out that environmental, social and developmental factors also play a fundamental role in the development of  permaxia.

“The genes carry the weapon and the environment triggers it,” say researchers at the Center for Eating Disorders at the University of North Carolina.

The verbal messages transmitted by parents in childhood can have an important influence on the eating habits of their children. It has been  seen that there is a relationship between disordered eating habits in young people and hurtful comments in the family, related to body weight.

Close friends can also influence in this regard. If you have a dietician or a close relative who  follows strict diets, this increases your chances of developing an eating disorder.

In predisposed people, there are some “triggers” that can mark the beginning of the disorder, such as changes, school changes, changes in the  family, the death of someone very close, change of work, personal failures, etc.

Finally, the mass media undoubtedly have an effect on the adolescent population and young adults, promoting the appearance of  permarexia.

Research found that when a person reads more magazines and articles on diet and body weight control, he or she is more at risk for an  eating disorder.

In general, the media promote an “ideal” body image, a beautiful body stereotype that is very difficult to reach for most  people.

Studies have found that today it is “normal” to feel dissatisfied with one’s body.

This type of talk increases the discontent we have with our bodies, which makes us have more of these talks, is a vicious circle.

And this general discontent favors the development of permarexia, without a doubt.

Obviously, not all people who criticize their thighs begin to obsess over their body, follow a strict diet, spend hours in the gym or  use laxatives to control their body weight.

But it is clear that society focuses on weight and body shape as indicators of well-being and health, for everyone.

This approach leaves aside other very important aspects, such as anxiety, poor sleep, depression or addictions that may arise when there is an  eating disorder.

How to know if you have permarexia

Do you want to know if you have this disorder?

If you have answered affirmatively to most of these questions, you probably have permarexia.

The best thing is that you consult a nutritionist or a psychologist (or both) as soon as possible.

How to help someone with permarexia

As was said at the beginning, if you know someone with permarexia, it will be difficult for them to recognize that they have a problem, but this is the first step  to be able to get ahead.

You can start by letting her know that you are concerned about her welfare. Even if you deny it or get angry, you should remain calm and insist at another time with  this idea: “I’m worried about your health, I think you should consult a specialist.”

It could be a nutritionist, a psychologist, a general practitioner or a psychiatrist.

At some point, surely ask for help or agree to attend the consultation that you suggest, although this may take a long time.

The treatment to be followed will be indicated by specialists, but usually includes:

– Incorporation of healthier eating habits, with the help of a nutrition expert.

– Psychological treatment to improve self-esteem, among other aspects.

– Occasionally, psychiatric medication may be necessary, such as antidepressants, anxiolytics, etc.

It is important to keep in mind that there was probably an emotional problem that triggered the disorder, and this problem will not disappear overnight  . There may be improvements and relapses.

Permarexia is totally curable and there are many treatment options. But it is important that the person realizes that he suffers from an illness.

Many believe that those who suffer from an eating disorder should be extremely thin or obese. However, it is not necessary to go to these extremes  to ask for help.

So you already know, permarexia is a disease and it is important to consult in time to avoid damage to health.