Regarding the etiological origin of this pathology, the Pierre-Roben syndrome is due to the presence of specific mutations in the SOX9 gene, most of which are diagnosed (Genetics Home Reference, 2016).

In general, this syndrome produces important medical complications including respiratory failure, digestive animals or the development of other craniofacial malformations (Association of Abnormalities and Dentofacial Malformations, 2016).

On the other hand, the diagnosis of Pierre-Robin syndrome is usually not confirmed until the moment of birth, in addition to the clinical findings it is essential to perform various radiological tests to identify bone changes (Pierre Robin Australia, 2016).

The Pierre Robin syndrome is a congenital pathology, whose clinical findings are present from the moment of birth and which, furthermore, all its characteristics are related to the presence of a craniofacial malformation (Genetics Home Reference, 2016).

At a specific level, this syndrome was described initially in the year 1891 by Menerad and Lannelongue. In the clinical reports, they described two patients, whose clinical course was characterized by the presence of underdevelopment of the mandibular bone structure, cleft palate and lingual displacement or retraction (Arancibia, 2006).

However, it was not until 1923 when Pierre Robin described the clinical spectrum of this pathology, focusing his studies on the case of a child affected by a mandibular malformation, an abnormally large tongue and significant respiratory problems (Children’s Craniofacial Association, 2016 ).

Although this pathology is mainly distinguished by the craniofacial radiological findings, it presents a high mobility associated with medical complications mainly related to heart failure and feeding problems.

On the other hand, many authors prefer to refer to this pathology only as Pierre’s sequence, since it is the mandibular anomalies that tend to produce the rest of typical signs and symptoms (Pierre Robin Australia, 2016). 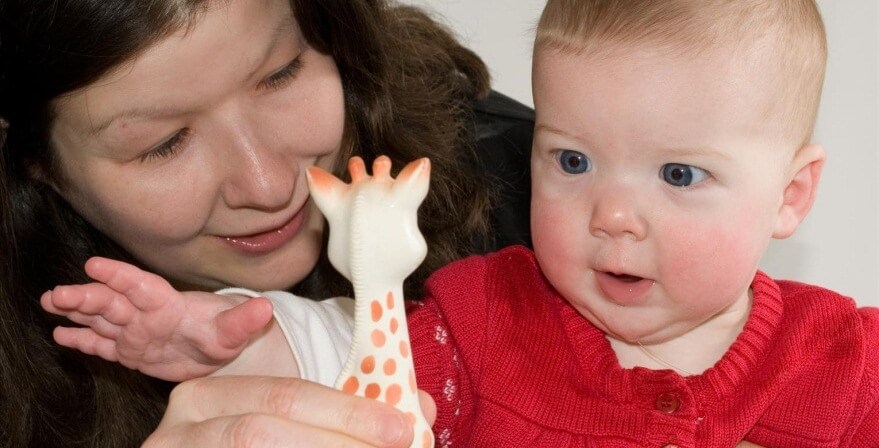 The prevalence of Pierre Robin syndrome is estimated in approximately one case per 8,500 children born alive, of which more than 80% of the cases diagnosed are associated with other medical complications and specific syndromes (Arancibia, 2006).

On the other hand, in the case of the United States, the incidence of Pierre Robin syndrome is 1 case per 3,120 births each year (Lee, Thottam, Ford and Jabbour, 2015).

Currently, a differential prevalence of Pierre Robin syndrome associated with sex, geography origin or particular ethnic and racial groups has not been identified either.

In addition, as we have indicated previously, the Pierre Robin syndrome constitutes one of the craniofacial pathologies with a high probability of mortality. In the United States, approximately 16.6% of affections die due to the development of medical complications (Lee, Thottam, Ford and Jabbour,  2015).

By order of occurrence, the most frequent secondary medical pathologies are: cardiac anomalies (39%), alterations in the central nervous system  (33%) and anomalies in other organs (24%) (Lee, Thottam, Ford and Jabbour, 2015) .

With the term micrognatia we refer to the presence of a pathological alteration of the development of the mandibular structure, specifically, the final form presents a reduced size compared to that expected for the level of development of the affected person.

As a consequence, the incomplete development of this craniofacial structure will cause a wide variety of alterations, all related to the presence of malformations affecting the mouth and face.

Micrognathia is a medical sign present in approximately 91% of people affected by Pierre Robin syndrome.

With the term glossoptosis we refer to the presence of an abnormal retraction of the position of the tongue within the oral structure, specifically, the tongues have to be placed behind the normal product of the micrograph and the reduction of the volume of the oral cavity .

The anomalies related to the position and structure of the tongue can cause important feeding problems that can lead to serious medical conditions.

In addition, in other cases, it is also possible to identify an abnormally large tongue ( macroglossia ), which hinders breathing, chewing or the production of a functional language, among others.

In addition, glossoptosis is one of the most frequent clinical signs in Pierre Robin syndrome, observed in approximately 70-85% of the cases diagnosed. While the macroglossia can be observed in a smaller percentage, in about 10-15% of affected individuals.

This term refers to the presence of a malformation in the palatal or oral roof areas, that is, the presence of fissures or holes associated with incomplete mandibular development can be observed.

Like the other clinical findings, the cleft palate will cause important alterations in the diet.

In addition to these signs and symptoms, it is also possible to identify other types of alterations, among which are included (Arancibia, 2006, Rehté et al., 2015):

– Alterations and musculoskeletal malformations, mainly related to the development of oligodactyly (reduction of the number of fingers, less than 5 in hands or feet) clinodactyly (transversal deviation of the position of the fingers), polydactyly (increase in the number of fingers), hyperlaxity in the joints (abnormally exaggerated increase in joint mobility), dysplasia in the phalanges (phalanges with deficient or incomplete bone development) or syndactyly (fusion of several fingers)

– Other alterations: it is also possible to identify malformations in the structure of the extremities or in the spine.

In addition to the medical features detailed above, there may be others related to several systems (Arancibia, 2006, Children’s Craniofacial Association, 2016, Genetics Home reference, 2016, Rehté et al., 2015):

The cardiac alterations constitute one of the medical complications with greater impact on the health of the individual, presenting important risks for their survival. However, the signs and symptoms related to the cardiovascular system are usually treatable through pharmacological and / or surgical approaches.

Some of the most frequent cardiac anomalies include cardiac stenosis, persistent foramen ovale, alteration of the arterial septum or  hypertension.

Thus, some of the neurological disorders associated with Pierre Robin syndrome may include hydrocephalus, Chiari malformation,  epileptic episodes, or the delay in the acquisition of psych0m0tor skills.

The respiratory alterations are one of the most relevant features, since they can cause both the death of the patient due to respiratory failure and the development of brain damage due to the scarcity of oxygen in nervous areas.

Thus, in many cases surgical corrections are required to free the airways, mainly the correction of mandibular dysplasia or the position of the tongue.

As in the case of respiratory disorders, feeding problems derive fundamentally from mandibular malformations.

Therefore, from birth it is essential to identify those anomalies that make feeding difficult in order to correct them and, therefore, reduce the likelihood of developing medical pathologies related to malnutrition.

The syndrome or sequence of Pierre Robin, has a genetic etiological origin, associated with alterations in the SOX9 gene. Although this anomaly has been identified in the majority of isolated cases of Pierre Robin syndrome, some of its clinical characteristics may be associated with another type of genetic mutations (Genetics Home Reference, 2016).

Specifically, the SOX9 gene has the fundamental role of proportional biochemical instructions necessary for the production of a protein involved in the development and formation of different tissues and organs during fetal development (Genetics Home Reference, 2016).

In addition, current research indicates that the SOX9 protein can regulate the activity of other types of genes, especially those involved in the development of the skeletal structure and, therefore, the mandibular one (Genetics Home Reference, 2016).

In many cases, craniofacial structural malformations can be identified during pregnancy through ultrasound ultrasound, although cases are rare.

In this sense, it is more frequent that the suspicion of Pierre Robin syndrome occurs in the postnatal or childhood phase. In much of those affected, the signs structures are significantly evident so the diagnosis is confirmed through radiological tests along with the physical examination.

However, the other case is necessary to previously perform a respiratory study and then a radiological study to determine the presence of this syndrome.

In addition, another fundamental aspect in the diagnosis of this pathology is the exploration of other areas, especially the cardiac and nervous system, since other types of life-threatening anomalies can appear.

Finally, the diagnostic intervention may include an individual and family genetic study to identify possible genetic associations.

The typical treatment of Pierre Robin syndrome is based on surgical procedures to correct craniofacial malformations (Arancibia, 2006):

– Lengthening of the jaw.

In addition, other pharmacological approaches are also used for the treatment of cardiac pathologies, epileptic episodes and other neurological events.

In addition, affected people usually present difficulties related to the production of language, so in many cases the early logotype approach is fundamental.

The essential objective is to establish an efficient communication method through the residual capacities and in turn, the stimulation of the acquisition of new skills.