The hypersexuality, nymphomania or hypersexual disorder is defined as an excessive increase in sexual activity of a person leading negative social, emotional and physical consequences. It should be noted that hypersexuality is commonly linked to nymphomania, a misconception since hypersexuality encompasses both men and women, replacing the previous concepts of nymphomania and satiriasis (or satyr).

Movies like ?? Nymphomaniac ?? (von Trier, Lars 2013) or novels like ?? Diary of a nymphomaniac ?? (Tasso, Valérie 2003) have promoted an awareness in society in this type of sex addictions and have helped to understand what people who have it feel or suffer.

It is estimated that about 6% of the population suffers from some type of sexual disorder, of which 2% would fit into hypersexuality. However, they are weak studies and warn that the pathology may be increasing due to the development of sexual content platforms such as those found on the Internet.

Although people with impulsive disorders and sexual addiction experienced obsessive thoughts and behaviors, it was not recognized by the DSM (Diagnostic and Statistical Manual of Mental Disorders) until its last edition, in force since 2013.

In this manual, hypersexuality is included in the section on sexual dysfunctions, being referred to as Hypersexuality or Hypersexual Disorder (THS). And it is characterized as the increase of fantasies and their intensity, excitement, impulses and non-paraphilic sexual behaviors, all associated with a component of impulsivity.

It should not involve patterns of sexual arousal such as fetishism, sadism, exhibitionism or voyeurism, within the behaviors of a person with sex addiction. These are recognized as a sexual behavior in which sexual pleasure is experienced through an activity or object without implying any type of sexual alteration.

There is no communion within the scientific community about the possible causes of this type of disorder. The most considered reasons are those related to traumatic experiences.

In many cases there are traumas related to sexual abuse in childhood of sex addicts.

In other cases, the rupture or bad experience with a sentimental partner provokes a feeling of failure that serves as a trigger for the sexual alteration of the individual.

Genetics is also usually considered as one of the possible causes. Specifically, there are studies that suggest that carriers of the DR D4 7G + gene have been unfaithful in 50% of cases, exceeding 22% of individuals who do not carry it.

The addiction to addictive substances such as alcohol or drugs is associated with the impulsiveness that causes the sexual disorder.

This type of behavior can also promote other types of addictions such as gambling or alcoholism.

The studies collected over these years have been able to catalog some of the most common signs that a person with hypersexuality can experience. If we take the diagnostic criteria of DSM-V we can list the following:

– Recurrent and intense sexual fantasies and the time consumed interfering in other non-sexual obligations or goals.

– Effort to control those fantasies without any success.

– Do not take into account the risk of physical or emotional harm or other people promoted by sexual behavior.

Although none of these activities can be classified as disorder or abnormal behavior, in people suffering from THS they are burdened by all the negative connotations that it brings to their daily lives.

The University of Rochester developed a list to determine when cybersex can become an addiction. The gradual increase of consumption, unsuccessful efforts to control this consumption or signs of irritability for not staying connected, are some of the symptoms to be taken into account. 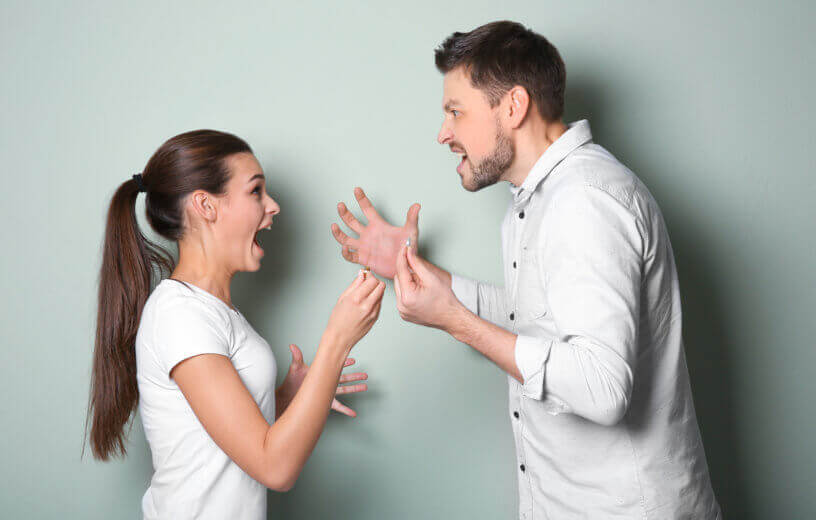 Sex addicts often suffer problems of incomprehension that causes feelings of sadness, anxiety or depression. Sex serves for them an escape valve to alleviate these sensations, but also to combat work problems, low self-esteem or break with the couple.

In the APA study (Kafka, 2010), a sample of 401 individuals was taken who were diagnosed with symptoms related to HRT. However, only 41 patients (10.2%) fulfilled the requirements to be considered hypersexual.

The consequences of being addicted to sex are often quite negative and seriously affect those who suffer. Sex addiction can cause social deterioration in the person who suffers.

The breaks of a couple, family confrontations occur constantly due to the promiscuous attitude, neglect in the physical aspect and especially in the neglect of social and family activities.

The economic problems is usually another of the most common consequences in addicts to sex. Difficulties in working life that can lead to dismissal, frequent visits to prostitution premises, streaptease clubs or massage parlors with sexual services or continuous legal problems derived from sexual harassment are an example of this.

Physical health can also be diminished. Contracting sexually transmitted diseases such as AIDS or unwanted pregnancies are usually some of the most frequent cases.

In a study carried out by the University of California, with a sample of 200 people with a diagnosis derived from some sex addiction, they found that at least 17% had lost their job, 39% had ended their relationship and 28% contracted some type of sexual illness.

Depressive disorders such as low self-esteem and suffering lead to a loneliness that results from the loss of freedom. The feeling of guilt for the sexual alteration has promoted extreme cases that have led to the suicide of the individual.

In recent years, publications and research on sexual disorders have doubled and have served as an instrument for detection and treatment in people suffering from sex addiction.

Among the measures most valued by specialists we can find therapeutic use combined with psychological techniques and medication.

These therapies are based on self-control, reconditioning, prevention of relapses in the same behavior, reinforcement of self-esteem, management of the causative trauma or the factors that have contributed to develop the disorder, couple therapy, awareness of the limits in sexual behavior , responsibility for acts or rehabilitation of degradation.

They are therapies with some steps very similar to those used with people dependent on alcohol or drugs, in which thanks to self-help, patients can express themselves and share feelings.

Regarding the use of drugs, the most used resources are SSRI or tricyclic antidepressants, especially in cases of depression, stress or anxiety.

In any case, professionals should work to find the most appropriate technique for the patient taking into account their characteristics and the history of the problem. The ultimate goal is to get the patient to experience intimacy without sexuality and release feelings of sadness without having to resort to sex to combat them.

Also Read: What is Excoriation Disorder?

Finally, the scientific community must continue working to specify classification systems and therapies with which to prevent and attack the sexual disorder in time in people who suffer it and especially to avoid possible cases that do not meet the requirements of sexual addict.