At present, stress is described as mental fatigue caused by the requirement of a performance much higher than normal, which often causes various physical and mental disorders.

It is an important risk factor for both physical and mental health. Many chronic diseases, psychosomatic and mental health problems (such as depression, anxiety, hypertension, heart attacks, etc.) are in many cases directly related to stress. 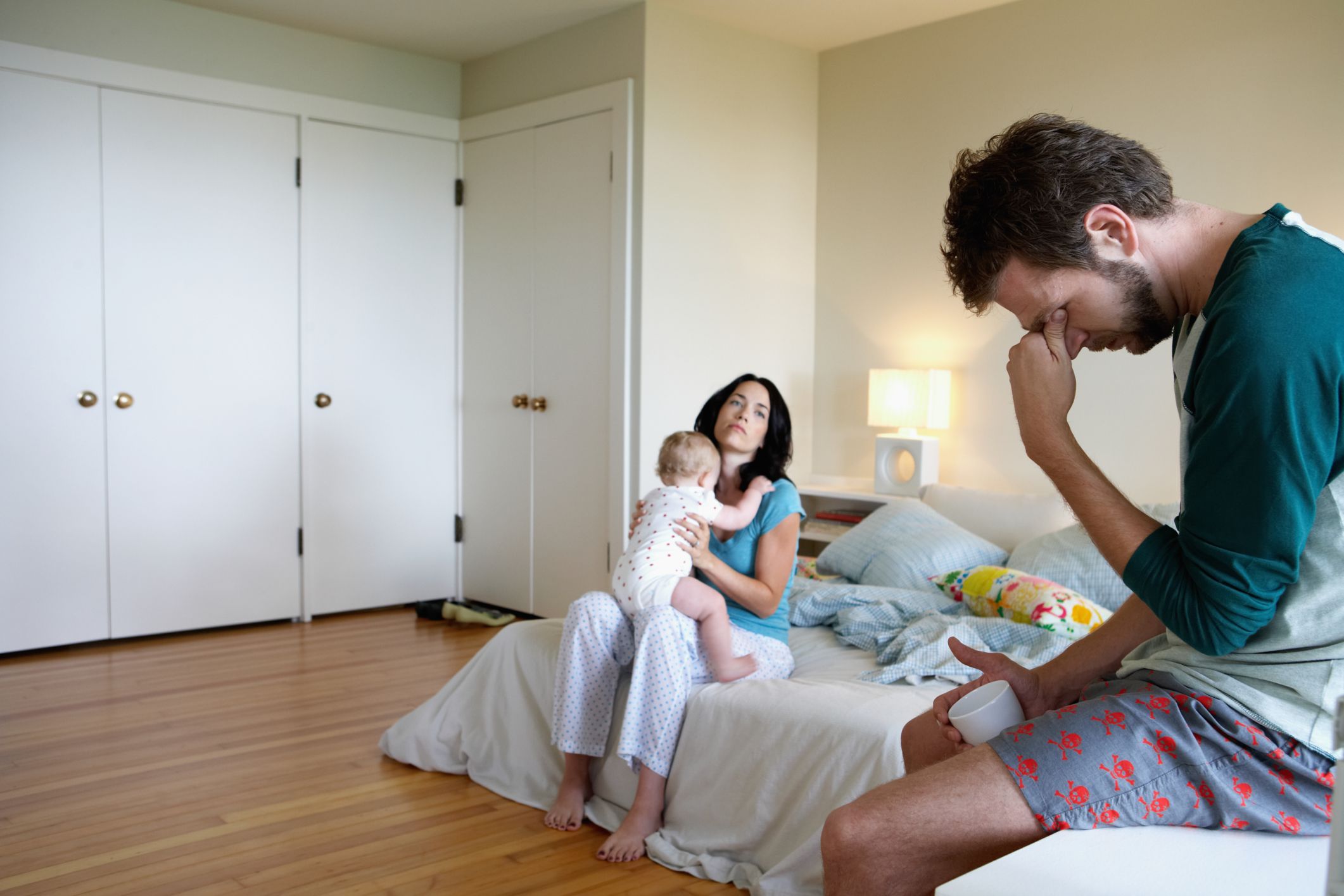 Contrary to what we might think, the term stress began to be used many centuries ago. Already in the fourteenth century it was used to refer to negative experiences such as difficulties, adversities or suffering that lived the person.

It is in the seventeenth century when the concept of stress is applied in a habitual way by physicists and engineers, in order to denominate a characteristic of the solid bodies. This characteristic refers to the internal force present in an area on which an external force acts that can distort that solid state.

In 1926, Style introduced the term in the field of health to refer to a general response of the body to a stressor or stressful situation.

As we will explain later, there is positive stress, which is one that prepares us and helps us to face the task with all our available resources. But when that emotion blocks us and exhausts us, besides having mental and physical consequences, it does not help us to face the task or to solve the situations that we face.

In 1956, Style proposes that the stress response consists of three differentiated stages:

Alarm phase. It begins immediately after recognition of the threat. Some symptoms appear as tachycardia or decrease in body temperature.

Phase of resistance. The organism adapts to the situation and continues the activation although it is smaller than in the previous phase. If the stress situation persists, activation cannot be sustained because resources are consumed at a faster rate than they are acquired.

Exhaustion phase. The agency exhausts its resources and gradually loses its adaptive capacity in the previous phase.

There are different classifications of stress depending on whether they are focused on some characteristics or others. Next we will focus on the types of stress according to their utility or sign and depending on their duration and maintenance.

Contrary to what we usually think, stress is not always negative or harmful to the person. This type, also called eaters, is the one that appears when the person feels pressured, but interprets that the consequences of the situation can be positive.

This allows you to use stress to be more active, more motivated and prepared to deal with the situation. This is the case, for example, of a sports competition. This type of stress is associated with positive emotions such as joy, satisfaction or motivation.

This type also called distress is the one that is related to the anticipation of possible negative consequences. Far from being helpful or motivating as the previous case, paralyzes us and prevents us from performing the task satisfactorily.

It destabilizes and blocks the resources we have to deal with the situation and that we would use under normal circumstances. Disorder is associated with negative emotions, such as sadness, anger, and in some cases anxiety.

Types of stress according to duration

This type is the most common, it appears from the demands that we self-impose in the day to day. These demands are usually centered on events from the near past, or on anticipations we make of the near future.

In small doses this type of stress can be beneficial and motivating, but in higher doses can be exhausting and has a number of consequences on the body and mental health.

But this type of stress is short-lived, localized at a specific time, so it does not usually leave sequels and can be treated easily and effectively. The main symptoms of this type are:

This type of stress is the one that appears in the person’s life in a habitual way. They are often people with many demands, both self-imposed and those they receive from the environment.

They are usually irritable and hostile, as well as having a constant sense of anguish over the feeling that they cannot cover everything they should. Another characteristic of people who suffer from it is that they are continually worried about what is to come.

They usually have a negative and catastrophic view of life. They are also unaware that this style of thinking and way of life is harmful and harmful to themselves, and often to those around them (especially in the work environment).

Because of this, it is often difficult to treat unless the negative symptoms they suffer are so strong that they encourage them to perform the treatment to avoid them. The most common symptoms are:

This type of stress is the most serious and with the most devastating consequences. People who suffer every day have a physical and mental strain that can have serious consequences and long-term squeal. This stress occurs in situations where the person cannot do anything to modify or leave it.

This is the case of the stress suffered by armed conflicts, ethnic or religious rivalries or the hopelessness that appears in situations of extreme poverty. This type of stress can also arise from a trauma experienced in childhood, which modifies the beliefs and way of seeing the world of this person so that everything is a constant threat to their integrity.

Another common feature is that the person who suffers is not aware of it. He has been living together for a long time with this discomfort that is already part of his life and his way of being. It can even be comfortable, because it is the known, is the way they have always faced the world and do not know how to do otherwise.

They feel so identified with him that before the possibility of treatment they are not convinced that it is useful. This is because they feel that the stress that is part of their personality, that they are so and that without this characteristic will cease to be them, will change their identity.

For these reasons the treatment is very complicated. In the first place they do not usually go to ask for help, and the people that begin the treatment usually leave it before obtaining the cure.

Symptoms of this type of stress may even require medical treatment because it has serious physical and mental consequences. Some of the main symptoms are:

Faced with the appearance of stress, it is advisable to face and treat it so that it does not continue to get worse and learn other resources and coping tools.

There are several factors that contribute to a person’s ability to develop stress. It is important to keep in mind that what for one person can be stressful, for another it is not. For this reason, it is necessary that several factors are combined to provoke it.

We can divide them into psychological factors and environmental factors.

The interpretation that a person makes of the situation and the resources that he has to face it depends on a series of personal aspects, ways of acting and the own patterns of thought.

This is the case of people who are constantly anxious and worried about the negative consequences of the events of life.

When assessing or interpreting a situation as dangerous or stressful, it greatly influences the person’s thought patterns.

That is why, faced with the same situation, one person lives it as threatening and stressful and another does not.

The person who has the external locus of control is more likely to suffer from stress because he feels that in a situation of uncertainty or danger, what he does is not in his hands to control or modify it.

Some studies indicate that introverted or shy people react more negatively and suffer more tension than extroverts. They live more situations as dangerous or threatening.

People who have low self-esteem perceive greater overload in stressful situations and value that they have less resources to face them.

Some studies have pointed out that other factors such as age affect the possibility of developing stress. For example, some vital stages such as retirement age can be a source of stress and overload.

Other studies also indicate that female membership may be considered a risk factor because, in addition to being incorporated into the world of work, they tend to carry the greater weight in family care and in the performance of housework.

The modification of some aspects of life always causes an alteration of the balance, and this regardless of whether the change is for good or bad, causes stress. For example, changing jobs, domicile or the birth of a child.

When something abruptly ends, it is difficult to adapt again, it requires deploying all the resources of the person to readjust to the situation. For example a breakup of the couple or retirement.

Lived as a vital disorder that causes the foundations of balance to falter. Re-establishing the order that was before the conflict requires a great emotional wear and tear of the person’s tools. For example, the loss of employment.

In these situations, do what the person does, it is not in their hands to modify it. The individual feels helpless and unable to cope with events. For example before the death of a loved one.