The astrophobia is a kind of strange phobia is characterized by excessive and irrational fear from the stars or celestial objects related to the firmament form.

Although its prevalence is relatively low in the general population, astrophobia is a well-defined and studied disorder.

People who suffer from this psychopathology experience high feelings of anxiety and discomfort when exposed to their phobic stimulus. That is, when they see or visualize a star.

In general, avoiding visualization with stars can be relatively simple. Reason why many people with this disorder choose not to perform treatments that eliminate their phobic fear.

However, that the visualization of stars can be avoided in multiple moments of day to day, does not mean that astrophobia does not affect the welfare of the subject who suffers.

Rather the opposite, this mental illness can modify and limit the behavior of the individual, thus decreasing their quality of life.

The objective of this article is to present the data that are available today about astrophobia and explain what interventions should be done to treat them properly.

Astrophobia configures an anxiety disorder. Specifically, it refers to a specific type of known specific phobias.

These alterations are characterized by the presence of an irrational, excessive and uncontrollable fear (a phobic fear) towards a specific element or situation.

In this way, astrophobia is the type of specific phobia in which the stimulus feared by the subject are the stars or celestial stars.

Despite being a very rare disorder, certain investigations have shown that its characteristics are similar to those of the other types of specific phobia.

Thus, in view of the abundant information available today about phobias, it is relatively easy to provide a clear and detailed explanation of astrophobia.

In order to properly understand this psychopathology, two main aspects have to be taken into account: fear towards the stimulus and the anxiety response that this triggers in the subject.

The fear of the stimulus consists in detailing the type of fear experienced by the person towards the stars, which keeps a series of characteristics and peculiarities essential for the diagnosis of astrophobia.

The response that triggers exposure to the stimulus refers to the symptomatology of the disorder itself, which is mainly characterized by manifestations of anxiety.

1- The fear of the stars

The fear that is experienced in phobias keeps a series of defining characteristics. In this way, not all sensations of fear or distress refer to such anxiety disorders.

More specifically, for a fear to be considered relative to a phobia, it must be characterized as being phobic. Therefore, for the detection of astrophobia it is necessary that the fear caused by the stars is so.

The phobic fear is considered as the basis of the disease and the element that produces the symptomatology of anxiety of the disorder.

Thus, the determination on the type of fear experienced by the stars is a fundamental aspect that allows defining the characteristics of astrophobia.

The main aspects of the phobic fear of stars are:

a) It is excessive

The first element that must be evaluated for determining the fear of astrophobia lies in its intensity. That is, it must be much more intense than would be expected in normal situations.

In other words, the fear produced by the stars does not respond to the real demands of the situation.

In this way, the person develops extremely high feelings of fear when in reality there is no reason to experience fear.

b) It is irrational

The fear regarding astrophobia is so excessive and disproportionate mainly because it is also irrational.

That is, fear of the stars is not subject to rational and congruent thoughts. For this reason, the individual experiences high feelings of fear for no reason.

It is important to keep in mind that the irrationality of fear is not only detected and perceived by third parties. But the individual who suffers from astrophobia is able to identify the incongruity of his fear of the stars.

He will be unable to explain in a reasoned and coherent way the reason for his fears. He has no reason to be afraid, he just has it. 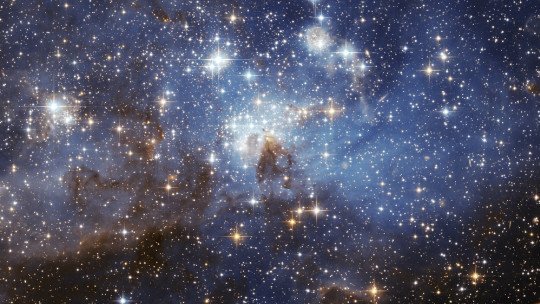 c) It is uncontrollable

The person with astrophobia is not able to control their sensations of fear towards the stars. This fear appears automatically without the individual having any intention to experience it.

Quite the opposite, people with astrophobia would like not to fear the stars, but are unable to do so.

Likewise, when the sensations of fear appear, the individual also has no capacity for control and management over them.

The three characteristics mentioned above produce an important behavioral alteration in the person. That is, they cause the individual with astrophobia to avoid constant exposure to the stars.

This behavioral factor of fear of astrophobia is related to the intensity and high discomfort that this causes. The person is not able to withstand the sensations of anxiety caused by the phobic stimulus, which is why he avoids coming into contact with him whenever he can.

e) It is permanent

“Normal” fears, that is, those that are not considered phobic, are characterized by being relatively dynamic.

For example, an individual may fear attractions like the roller coaster but with the passage of time may lose those fears.

In contrast, the fear of astrophobia is permanent and persistent, so it does not disappear with the passage of time.

In this aspect, special consideration must be given to the stages or moments in which the fear of the stars appears.

In general, during childhood, all the elements related to the night tend to produce greater fear than in adulthood. In this sense, a child is more likely to experience some fear of the stars than an adult.

However, in astrophobia this fear is not limited to a specific stage of development. The child who suffers from astrophobia will fear the stars equally during his childhood stage than during his adulthood.

The anxiety response of astrophobia is triggered by fear of the stars. The fear specified in the previous section causes the individual to respond with a series of anxiety symptoms.

This symptomatology appears only when the subject is exposed to its feared element. So in full sunlight, it is unlikely to experience anxious manifestations.

However, any stimulus related to the stars can cause the anxiety response. Photographs, videos or even stories can be enough elements for the symptoms to appear.

The manifestations of anxiety of the astrophobia are usually very intense and cause a high discomfort on the individual. Likewise, they are characterized by affecting in three different spheres.

The physical sphere encompasses all manifestations related to the physical functioning of the organism. They are the first to appear and respond to an increase in central nervous system activity.

If @nalyzed from an evolutionary point of view, the physical symptoms respond to the needs presented by the organism in the presence of a threat. That is, before experiencing fear.

When a person detects a situation or a dangerous element, activates a series of physical modifications in order to prepare the body to respond effectively to the threat.

In this sense, the physical symptoms of astrophobia can vary in each case, but they all respond to the changes caused by fear. The most typical manifestations are:

The symptoms of astrophobia are not limited to a series of physical manifestations. These are highly distressing and unpleasant for the person, but are accompanied by more alterations.

Specifically, the fear caused by the phobic stimulus immediately leads to a series of negative thoughts.

These thoughts are focused on the stars themselves and the high damage they can cause. The cognitions of astrophobia are characterized by being irrational and cause high discomfort in the individual.

In addition, these thoughts are fed back with physical sensations to increase the state of anxiety. First, physical symptoms increase negative thoughts about stars. Subsequently, these cause a remarkable increase in unpleasant bodily sensations.

Finally, the anxiety manifestations of astrophobia are also reflected in the behavior and behaviors of the individual. In this plane of functioning, the main symptoms are avoidance and escape.

Both behaviors are motivated by the fear caused by the stars and are characterized by rejecting contact with them.

The first of these, avoidance, is the behavior desired by anyone suffering from astrophobia. This will always try to avoid exposure to the stars to avoid fear and anxiety symptoms that produce.

Escape behavior, on the other hand, refers to the behavior that a person develops with astrophobia when he is not able to achieve his desire. That is, when he can not avoid coming into contact with the stars.

In moments that the individual visualizes, listens or perceives through any sense the presence of a star, it will set in motion a series of behaviors that allow him to escape from that situation and avoid contact with the phobic stimulus.

Research indicates that the etiological factors related to astrophobia are the same as those of the other types of specific phobia.

In this sense, it is concluded that there is no single cause that can produce psychopathology. But it is the combination of different elements that produces the development of astrophobia. The most important are:

It is postulated that having experienced some unpleasant or traumatic experience that is directly related to the stars could play an important role in the acquisition of phobic fear.

In the same way, having visualized shocking images or having heard negative information about the stars could also predispose to the development of the alteration.

Although no specific genes have been detected, certain investigations support the genetic component of the pathology. In this sense, having a family history of anxiety could increase the risk of suffering from astrophobia.

Finally, certain factors related to thinking have been associated with the maintenance of phobic fear. The main ones would be the low perception of self-control, the exaggeration of the damage that can be perceived by oneself and the selective attention to the phobic stimulus.

Although psychopharmaceuticals are highly used therapeutic tools in anxiety disorders, their use is usually discouraged in the case of astrophobia.

Instead, psychotherapy is much more effective . Specifically, cognitive behavioral treatment has been shown to be the most appropriate intervention for this type of disorder.

This type of treatment intervenes mainly in the behavioral component, by exposing the subject to its feared elements. As in the case of astrophobia exposure to stars can be complicated, usually opt for exposure in imagined practice.