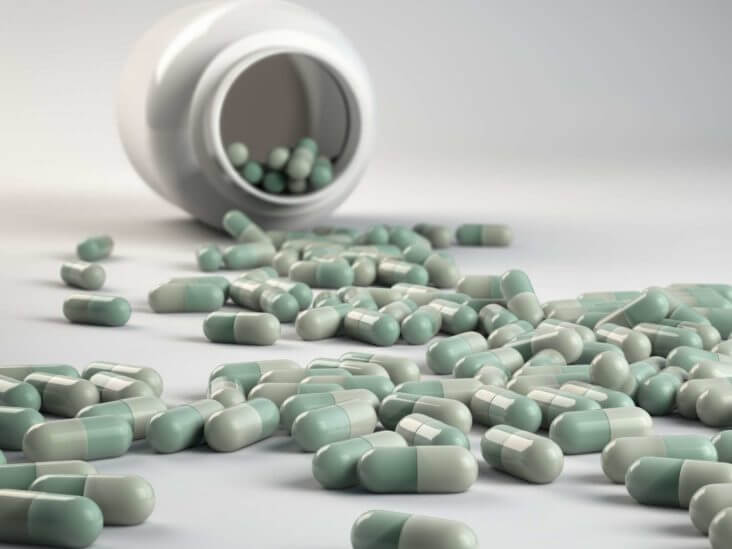 he fluoxetine , known as prozac,  is an antidepressant that is within the category of selective reuptake inhibitors (SSRIs). More commonly known as Prozac, it is one of the most prescribed antidepressants worldwide.

Although it has numerous beneficial effects to treat disorders such as depression or anxiety it can not be taken lightly, as it can also cause adverse effects.

The emergence of SSRIs in the late 1980s revolutionized psychopharmacology, reaching up to six prescriptions per second.

Although they were originally born as antidepressants, they are usually prescribed for other less serious conditions such as premenstrual dysphoric disorder, anxiety disorders or some eating disorders.

Within the SSRI group there are six types of compounds that share many effects, although they also have unique properties that differentiate them ( see table 1 ). In this article we will see the common and proper effects of flouxetine.

Mechanism of action of the SSRIs

To understand how SSRIs work, we must first know what happens in the brain of a person with depression at the cellular level.

According to the monoaminergic hypothesis, people with depression suffer serotonin deficiency in presynaptic serotonergic neurons, both in the somatodendritic areas and in the axon terminal.

All antidepressants act by increasing serotonin to its previous levels, prior to the disorder, and thus try to alleviate or eliminate depressive symptoms.

In addition to acting on axonal receptors, SSRIs act on the serotonin receptors of the somatodendritic area (5HT1A receptors), and this triggers a series of effects that end with the increase of serotonin.

To understand the following section it is necessary to have basic notions of psychopharmacology, if you have never studied psychopharmacology or you want to refresh your knowledge I recommend you read before the table Description of a Synapse.

The mechanism of action of the SSRIs step by step will be explained below:

Figure 4. Step 3- activation of the production and release of serotonin (Stahl, 2010).

In short, SSRIs progressively increase serotonin levels in all brain areas where there are serotonergic neurons, not only where it is needed, which causes both beneficial and harmful effects. Although the side effects or not wishing are improving over time.

Mechanism of action of fluoxetine

In addition to the mechanism explained above, common to all SSRIs, fluexetine also follows other mechanisms that make it unique.

This drug not only inhibits the reuptake of serotonin, it also inhibits the reuptake of norepinephrine and dopamine in the prefrontal cortex, blocking the 5HT2C receptors, which increases the levels of these neurotransmitters in this area. The drugs that have this effect are called DIND (disinhibitors of norepinephrine and dopamine), therefore, fluoxetine would be a DIND in addition to an SSRI.

This mechanism can explain some of the properties of fluoxetine as an activator, thus helping to reduce fatigue in patients with reduced positive affect, hypersomnia, psychomotor retardation and apathy. On the other hand, it is not advisable for patients with agitation, insomnia and anxiety, since they may experience an unwanted activation.

The mechanism of fluoxetine as DIND can also act as a therapeutic effect on anorexia and bulimia.

Finally, this mechanism may also explain the ability of fluoxetine to increase the antidepressant actions of olanzapine in patients with bipolar depression, since this drug also acts as DIND and both actions would be added together.

Other effects of fluoxetine are the weak blocking of norepinephrine reuptake (NRI) and, at high doses, the inhibition of CYP2D6 and 3 A4, which may increase the effect of other psychotropic drugs in an undesired way.

In addition, both fluoxentin and its metabolite have a long half-life (2 or 3 days fluoxetine and 2 weeks its metabolite), which helps reduce the withdrawal syndrome that is observed when removing some SSRIs. But keep in mind that this also implies that it will be a long time until the drug completely disappears from the body when the treatment ends.

Side effects of SSRIs

Among the side effects that all SSRIs share are the following:

In addition to the effects just mentioned, fluoxetine can produce other side effects of its own that can be seen in the following table.

If an overdose of fluoxetine occurs, instability, confusion, lack of response to stimuli, dizziness, fainting and even coma may occur in addition to previous side effects.

In addition, in the clinical study prior to the commercialization of the drug it was found that some of the youngest participants (under 24 years of age) developed suicidal tendencies (they thought or tried to hurt themselves or commit suicide) after taking fluoxetine. Therefore, young people should be especially cautious with this drug.

Precautions to take before taking fluoxetine

First of all, I would like to make it clear that psychotropic drugs can be very dangerous for health in general and especially for mental health, so they should never be self-administered, they should always be taken after medical prescription and during their intake should go to the doctor if you notice any mental or physical change.

It is important to tell the doctor if you are taking, or have just stopped taking, any other drug because it may interact with fluoxetine and cause harmful effects.

Below you will find a list of medications that can be potentially dangerous if combined with fluoxetine:

It is also advisable to notify the doctor if you are taking vitamins, such as tryptophan, or herbal products, such as St. John’s wort.

In addition, special care should be taken with fluoxetine if you are receiving electroconvulsive therapy, if you have diabetes, seizures or liver disease and if you have recently had a heart attack.

Fluoxetine should not be taken if you are pregnant, especially in the last months of pregnancy. It is also not recommended that people over 65 take this medicine.