The Koro Syndrome is a disorder in which the patient believes that his genitals are shrinking or retracting into the abdomen and will soon disappear.

It is more common in men, who are convinced that their penls is getting smaller and even that it could inv@ginate inside their bodies,  causing them to die.

In cases of women with this syndrome, they believe that their nipples are shrinking or that their vuIva is about to disappear, even though clearly nothing strange or abnormal is happening with their genitals.

Patients with this syndrome feel very anxious and often have obsessive thoughts and compulsive behaviors: they try to stretch or enlarge  their penls or their nipples with different elements that could harm them.

Koro syndrome is also known as genital retraction syndrome and is more common in Asian countries. Cases of massive hysteria have been documented  around this syndrome, which could “spread” from one person to another in certain cultures.

There are basically two types of Koro syndrome.

Primary Koro, which would have a cultural origin and occurs in individuals who do not suffer from other mental disorders, and secondary Koro, which appears  in people suffering from diseases such as schizophrenia, body dysmorphic disorder or anxiety disorders.

It is frequent in countries like India, China and Japan, because its cause is strongly linked to cultural beliefs of that region of the world.

Most of the men in whom this disorder appears are single, with few studies, little sexual education and deep beliefs in supernatural phenomena  , such as spells and spells.

In these cases, the patient has symptoms of great fear and anxiety. In addition to believing that his genitals are shrinking and may soon  disappear, he thinks he might die because of this.

This shows the close relationship of this syndrome with cultural beliefs and the lack of adequate sex education.

Cases of Koro syndrome that occur outside endemic countries, that is, outside of Southeast Asia, are “incomplete” cases of the syndrome,  which is usually caused by another underlying mental disorder.

In the cases of secondary Koro, the patient also believes that his genitals are shrinking and that they could disappear, but he does not think that he could die  from it and the associated anxiety picture is not as serious as in the primary Koro.

Signs and symptoms of Koro syndrome

As you have read in the previous paragraphs, patients with Koro syndrome suffer from anxiety attacks because they are tormented by the idea that their  genitals are shrinking, although it is not possible to prove that permanent changes are taking place in their organs. sexual

That is, the penls or other genital regions could contract temporarily due to low temperatures, for example, but it is a totally reversible effect  , which should not trigger symptoms of anxiety in a person, unless the person suffers from Koro syndrome.

According to the bibliographic reviews that refer to cases studied by Koro, anxiety attacks usually subside after a few hours,  although they could last up to a couple of days.

In other cases, the symptoms of Koro can persist for longer and establish chronically, which increases the likelihood that the  syndrome occurs in conjunction with other metal diseases, such as body dysmorphic disorder.

The patient also feels fear of dying, of his penls disappearing completely or of having erectile dysfunctions in the future.

The sensation of near death and genital retraction is typical of primary Koro cases, which appear mainly in Southeast Asia.

Other beliefs that the patient may present in Koro syndrome include the fear of becoming a eunuch, of becoming a woman, of being  sterile, of their urinary tract becoming blocked, believing that they are possessed by an evil spirit or that they are victims of a spell 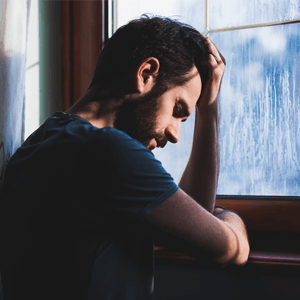 Patients who are extremely anxious may resort to physical methods to prevent retraction of the penls, anchoring it with different devices  that could cause damage.

In the case of women, it is possible that the breasts or nipples are stretched trying to prevent shrinkage and even some iron rings are placed  on the nipple, which could also cause injuries.

As already mentioned, psychosexual conflicts, certain factors of personality and cultural beliefs are the main causes  of Koro syndrome.

How mass hysteria cases are explained

Cases of massive hysteria of Koro syndrome have been reported, that is, groups of people in which the symptoms appear, who apparently  would have “contacted” each other.

For example, a worker in a West Bengal mill, single and low income, was treated at the psychiatry service in the area, as the  patient reported that for two or three days his penls was shrinking and getting into his abdomen , fact that was weakening him. I could not sleep  because of anxiety and I thought repetitively of this idea.

To avoid retraction of his genitals, he immersed himself in a nearby pond, staying there all night, for 14 or 16 hours, which caused  a respiratory infection.

This fact was known by his work colleagues and inhabitants of the area. Two days later, six other workers from the same mill reported  similar symptoms and decided to imitate the behavior of their co-worker.

The doctors decided then to stay alert and perform group therapy for the workers, with which the outbreak remitted after five or six  days.

But a few days later another worker, divorced 53 years, who had been absent in those days, went to the emergency service  stating that his penls was shrinking. Upon returning to the village, he had heard about the symptoms of his companions, who had climbed into the icy water  to relieve themselves.

While this patient drank alcohol from time to time, he stated that he had been sober for the past two weeks and no psychiatric history was found  in his medical history.

With this case the outbreak was activated again and 11 more cases appeared among the mill workers. The 53-year-old patient’s nephew  also developed Koro syndrome a few days after his uncle.

After a new medical intervention, the outbreak was controlled after six or seven days.

While the underlying mechanisms are still not well understood, this massive behavior could be explained by the theory of mirror neurons.

This is a special type of neurons that have been found in the human brain and other primates, and would be responsible for “observing” the behavior of  other individuals of the species and imitate their behavior.

These neurons could play a very important role in learning by imitation, but then their function would be inhibited to prevent the person from going  around imitating everything that others do.

However, in cases of massive Koro, the inhibition of these neurons would fail and in this way the syndrome could spread from person to person.

In order to make the diagnosis, a complete medical review must be carried out, including psycho-sexual aspects and the psychiatric history of the patient.

The doctor should investigate if the patient is concerned about their appearance or body image, to rule out body dysmorphic disorder.

It is also important to inquire about the beliefs and values ​​of the patient, or what he thinks about his genitals or his sexual life.

And of course, we must also rule out any injury or real alteration that might be happening to the genitals. There may be injuries  inflicted by the same patient, in an attempt to prevent the retraction of his penls, which helps to guide the diagnosis.

In summary, if the patient declares that his genitals are shrinking although no physical abnormalities are found, if he presents a picture of great  anxiety, believes that he can die and uses mechanisms to avoid retraction, then it is primary Koro.

If any of these symptoms are missing but others are present, then it may be secondary Koro or incomplete Koro, which is usually the one that  appears in Western countries.

In cases of Koro associated with cultural beliefs, symptoms disappear with psychological therapy and can be prevented by providing information on  anatomy and adequate sex education.

In Western Koro cases, sexual conflicts and mental illnesses that may be the cause of the symptoms should be sought. The psychological and psychiatric treatment  to follow will depend on the patient’s situation.

Koro syndrome is more frequent than you think, and in some Asian countries there were major epidemics not so many years ago.

For example, in certain regions of China Koro is considered endemic and there were large outbreaks in 1948, 1955, 1966 and 1974, coinciding with times of great  uncertainty and social tension in the country.

In 1984 and 1985 there was a Koro epidemic that lasted more than a year and affected more than 3 thousand people in different cities. To end the outbreak, a mental health campaign was  carried out and since then, there have been no more epidemics in China.

The social and economic improvements in the country surely also helped to reduce outbreaks.

In 1967 there was another major case of massive Koro in Singapore, which lasted approximately ten days. Some media reported that  some people had had symptoms of Koro after swallowing pork that had received the vaccine for swine flu.

These rumors soon spread and soon after a hospital in the region treated 97 cases of Koro syndrome in a single day.

The government and medical authorities stopped the outbreak by making public announcements on TV and newspapers about the falsity of the published information.

In the 70s and 80s, cases of genital retraction were also reported in Nigeria and other African countries and small outbreaks were still detected until 1996. African victims interpret the symptoms as a “theft” of their genitals: a person with whom they had sexual intercourse would have “removed”  their organ and their spiritual essence, provoking sexual impotence.

The supposed explanations for Koro’s symptoms can be very variable and depend on the cultural beliefs of the people.

Look at this curious example:

A 40-year-old Greek patient comes to the emergency room of a hospital indicating that he feels pain and burning in the penls, and that the penls  is receding into his abdomen.

According to him, the symptoms are being caused by a “virus” that has lived on his penls for the past 18 years, after having sex  with a prostitute. Throughout those 18 years, the patient had repeatedly exhibited Koro symptoms.

After the medical examination, it was determined that he suffered from major depression with psychotic characteristics and that this underlying disease is what was actually  causing the Koro syndrome in this person.

Also Read: What is Cognitive Restructuring and How is it applied?

In general, Koro syndrome is a rare condition, but its symptoms, the references that patients make and the way in which it  can be “contagious” without doubt are very interesting.