The misophonia is one of conditions involving low sound tolerance, together with hyperacusis and phonophobia.

In people with misophonia, the body reacts in a certain way when exposed to certain sound stimuli.

It increases the frequency of the heartbeat, a cold sweat appears, and the person feels very irritated when listening to those sounds that alter him so much: he  really wants to run away so he does not have to hear anymore.

This physical reaction is due to an association of negative emotions with these sounds, which do not have special physical characteristics (they do not have to  be very acute, very serious or very strong), unlike what happens in hyperacusis for example. 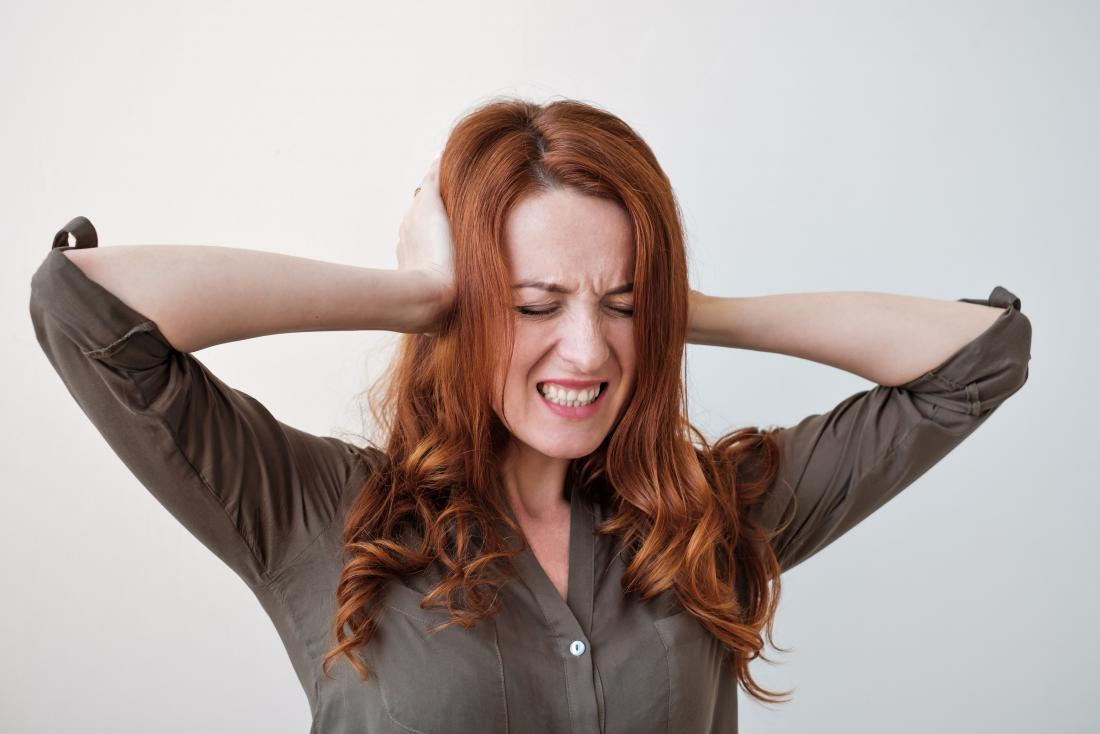 People with hyperacusis do not tolerate loud noises, because their auditory pathways are more sensitive than those of the general population.

But in the case of the misofonía, as we said, sounds have been associated with negative emotions and that is why this unpleasant reaction in the organism is triggered  .

People who do not suffer from misophonia often find it difficult to understand how someone who does suffer from this disorder feels.

If this is your case, look at the following:

Think about what you feel when someone scratches a blackboard. That nasty, high-pitched noise will surely give you goose bumps, like most  people, and you want all of your strength to end soon.

For people with misophony have a much more intense feeling than that when listening to certain everyday noises, so that they feel really  bad many times in the day.

How does the misophony work?

Surely you are wondering why some people react like this when listening to common sounds while others do not even pay attention to them.

Or why in a person with misofonía a great negative reaction in his body is triggered when hearing certain habitual sounds, but nothing happens to them  when listening to another type of noises, although they are very acute, serious or strong.

Well, look at the following:

The hearing process basically includes two stages: in the first the ear receives the sounds, transforms them into an electrical impulse and it travels to  the brain through the neurons that form the nerves.

In the second stage this impulse is interpreted by the brain in different ways, giving importance to that sound or not. If the brain decides it is not  an important sound, then it will be as if we did not hear it.

That is why the mother of a small baby is able to sleep soundly during a big storm with thunder, but wakes up when she hears a weak moan from her  son.

The brain begins to give importance to some sounds and not pay too much attention to others throughout a learning.

Some sounds, such as the sound of a gunshot or a loud bang, are interpreted by the brain as a cause for alarm, and the body prepares to  “fight or flee”: the adrenaline rises, the heartbeat increases, anxiety increases , etc.

What happens in cases of misophony is that for some reason, sounds as common as chewing or talking trigger in people this  unpleasant reaction of “fight or flee.”

The brain misinterprets these sounds as threatening and that is why symptoms of irritability, aggression and anxiety appear in people  with this condition.

The misophony can alter your life

In severe cases, misophony can interfere with a person’s daily activities and prevent them from leading a normal life.

You sit down at the table to have breakfast with your family. But shortly after starting, the noise that your partner makes when chewing the toast irritates you so much that you have to  get up and get out of there.

Or you’re at work, the boss calls you at his office to talk about an important topic, but he repeatedly bangs his pen on a pile of papers  and makes a repetitive noise, “tic, tic, tic” that, directly, takes you out riled.

These are just two examples of how the misophony can interfere in a person’s life and embitter the day.

But there are many more.

That is why it is important that all misophonia cases are correctly diagnosed and treated. And for this to happen, it is essential that more  information is available, that people know more about this condition.

If you think you have misophonia or know someone who might be suffering from this condition, then continue reading, in this article you will find  important information.

There may also be visual stimuli that trigger these symptoms.

Almost any sound can be what causes these responses in a person with misophony, even some sounds can be added or (not so  frequently) left the list as time goes by.

In many cases, the sounds produced by people very close to the affected are the main triggers. For this reason, misophony can really  complicate the family and social life of those who suffer from this condition.

Another peculiar aspect of the misophony is that some people feel the need to mimic what they hear, by listening to the sound that triggers  their symptoms. Mimicry in this case is an automatic, non-conscious phenomenon that helps the person to reduce the intensity of their symptoms.

These are some of the most frequent triggers of myofonia symptoms:

Radio or TV at high volume, the sound of a basketball bouncing, a baby crying, the screams of children playing, in short, the list is
really very long.

It is not known exactly what are the causes of the misophony, but it is believed that certain experiences in childhood could predispose people to  suffer from misophony, because in those experiences negative emotions would be associated to certain sounds.

For example, some patients report that their disorder probably began to settle when they were children and listened to the sounds made by their  relatives when eating, which caused them deep displeasure.

It is easy to imagine that as these stimuli continued to appear, the person was internalized a negative emotional response, which after  a few years becomes misofonía.

Another theory indicates that the misophonia could be part of another syndrome of hyperactivity before certain sensory stimuli.

This could explain why some people also react to visual stimuli.

There are researchers who think that the misofonía can be caused, in some cases, by a certain personality disorder that decreases  tolerance to “uneducated” noises that people usually do.

Those who suffer from this disorder can be aggressive with the person who produces the sounds, because they also have a lack of inhibition in certain  behaviors.

In general, what is observed is a concern or obsession focused on certain sounds, with an aggressive impulsive component or evasive behaviors. These  aspects have not yet been explained with a single causal model, as the experts say.

In summary, it is not yet clear why people with misophonia react so badly to such everyday sounds.

Some people simply try to avoid the sounds that cause their symptoms, or listen to music with headphones when sitting at the table for example, or  at work, so as not to listen to others chewing or the voices of their co-workers.

But on many occasions this is not enough. Not everyone has the possibility to use headphones and listen to music at work.

Therefore, we must find a solution to the problem. Although many people suffer from this condition, the misophony is not yet a well- known disease  and undoubtedly it is necessary to carry out more research to find out its causes and find effective treatments.

However, people with misophonia usually undergo one or several of the treatments listed in the following list, with varying  degrees of success:

In this type of treatment the therapist seeks two things. First, that you can gradually control the anxiety that those sounds produce you. It will teach you  tools that you can use at the moment a sound is driving you crazy.

This can be achieved, for example, by exposing yourself little by little to these sounds (gradual exposure therapy) until your body no longer reacts to them.

Second, cognitive behavioral therapy will try to get you to eliminate the association of negative emotions with those sounds.

It is a therapy that is usually used in people with tinnitus (sounds of whistling or jingling, even when they are in a completely silent environment  ).

Getting good results with this type of therapy (as with other treatments) can take some time.

During the hypnotherapy sessions you will work directly on your subconscious, trying to make those sounds that bother you so much no longer be perceived  as a threat, as something worrying or intolerable, and in this way, the symptoms of misophony will be reduced.

Any technique that helps control stress, such as yoga, meditation, or progressive breathing and relaxation exercises,  may be helpful in  trying to relieve symptoms.

While it is possible that these techniques do not cure the misophony completely, at least in the short or medium term, it is likely that they will help make your life more  bearable.