The relationship between tryptophan and anxiety, as well as other psychological conditions such as depression, is mostly modulated by the function that this amino acid performs on serotonin.

Tryptophan is an essential amino acid in human nutrition. Specifically, it is one of the 20 amino acids included in the genetic code.

This means that tryptophan is a basic element for the functioning of the body that is acquired through food, being abundant in foods rich in proteins (egg, milk, chocolate, cereals or peanuts).

During the last years, multiple properties have been described in this amino acid. Several investigations show that tryptophan is an important element to allow the body to make its proteins, secrete melatonin and promote sleep.

At present, there are many data that show a remarkable relationship between tryptophan and anxiety. In fact, it is postulated that this amino acid would act as a tranquilizer and produce an anxiolytic effect in the brain.

In this article, we review the specific properties of this amino acid, explain its relationship with anxiety and discuss in which situations tryptophan can help reduce anxious states.

Relationship between tryptophan and anxiety

Today there is a remarkable scientific consensus when it comes to establishing that tryptophan is an important substance in different psychological conditions.

Specifically, the relationship between tryptophan and anxiety seems to be well established, and several studies show that deficient tryptophan can cause, with relative ease, states of anxiety and anxiety disorders.

As we mentioned at the beginning, the relationship between tryptophan and anxiety is mostly modulated by the function that this amino acid performs on serotonin.

The Serotonin is a neurotransmitter produced by a biochemical conversion, based on the combination of tryptophan with a protein component and tryptophan: hydroxylase.

Thus, without the intake of foods rich in tryptophan, the synthesis and release of this substance is complicated. 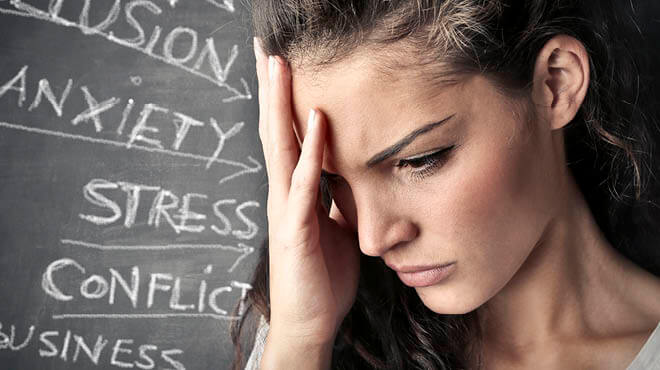 At the brain level, serotonin has a wide variety of functional implications. Serotoninergic activity is fundamentally inhibitory, exerts influence on sleep and is related to moods, emotions and depressive states.

With regard to anxiety, research on the etiology of this psychological disorder has shown that: about 4% of the intrinsic variability of anxiety in the general population could be related to a polymorphic variant of the serotonin transporter gene.

In this sense, the lower the synthesis of this brain chemical, the greater the states of anxiety or depression can develop the person.

On the other hand, psychotropic drugs that have an activity focused on serotonergic transmissions such as clomipramine or selective inhibitors of serotonin reuptake have shown efficacy in the control of panic attacks and other anxiety disorders.

Thus, the relationship between serotonin and anxiety seems clear, so deficits of this substance at the brain level could cause this type of psychological alteration.

In addition, multiple investigations have shown that a deficiency of tryptophan in the body generates a decrease in serotonin in the brain so that this amino acid can regulate the state of anxiety directly.

Tryptophan as a treatment for anxiety

In fact, serotonergic dysregulation, as well as the alteration of other brain mechanisms that generate anxiety, does not always have to be regulated by tryptophan levels.

A person can present amounts of tryptophan in their body but still suffer from anxious alterations, so in these cases, the intake of foods rich in this amino acid does not imply an improvement of the subject’s clinical symptoms.

However, pyroluric patients who are deficient in zinc or vitamin B6 often experience anxiety and phobias. In these cases, the tryptophan supplements do allow an improvement of the psychological state in the subject.

During the last years, tryptophan has uncovered a high interest in its therapeutic properties and its beneficial effects both for the functioning of the organism and brain activity.

In general, at present, it is sustained that tryptophan is an essential amino acid and, therefore, constitutes a basic substance for the physical and mental development of people.

Deficits of tryptophan in the body can cause various alterations and decompensation, as well as motivate the appearance of certain conditions.

More specifically, tryptophan seems to be especially important in the regulation of mental activity and psychological states, due to the close relationship it has with the release of serotonin (one of the most important neurotransmitters in the brain ).

In this sense, several studies have shown that the supplementation of L-Tryptophan supplemented with vitamins of group B, allows to achieve favorable results in the treatment of depression, anxiety, sleep disorders, behavioral disorders and migraine among others.